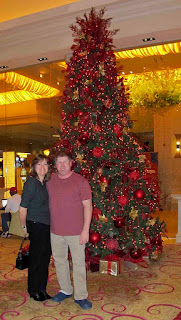 Love the Borgata! Thanks to them for the nice two night comp. Cindy and I had a great time there and during a run down to Cape May for dinner at the Pilot House and Christmas in Cape May. We were both surprised when we found most, well all but three, stores closed before 5pm? Some nice lights scattered here and there but a disappointment overall. Back at the Borgata we broke even at the tables and slots. that was great.there's nothing like playing with house money for hours- with free drinks!
Today we took a drive to the up beach neighborhood and parked on seedy Oriental Place where I gave it a go off the jetty at the Absecon Inlet with my 12'6 spey rod. It was low tide and nothing hit on the few dozen casts I made along the rocks there. 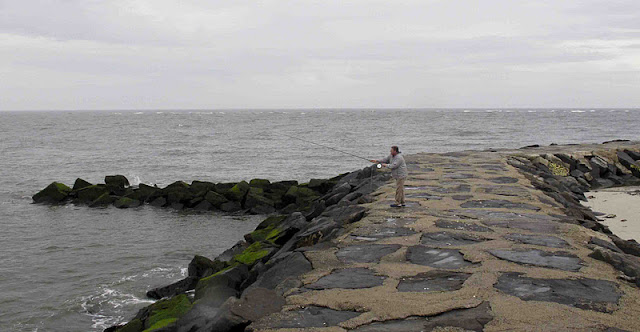 I got home just in time to make the inaugural "Phillips Ave Gang" first outing. We met up at Mister C's in Allenhurst and traded stories and tales over drinks and apps. In attendance was Al, Rich, Bob, Kevin, Steve , Roger, and Colin. I met all of these guys while fishing in Deal, and there are a few more regulars from there who I wish I got to in time to extend the invite. It's a good group and hopefully this will be the start of something good that will stick around for a while.  In the picture below, Bob explains what he felt the first time he caught a striper, and below that, the gang at Mister C's. 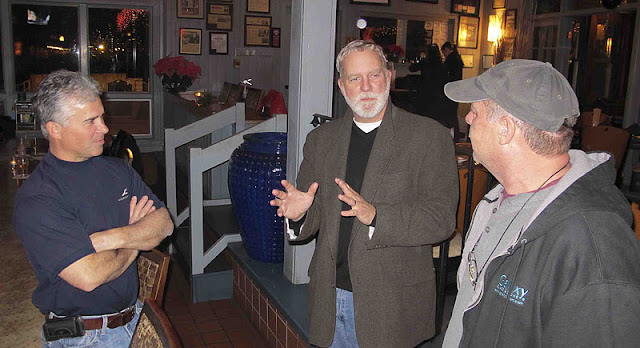 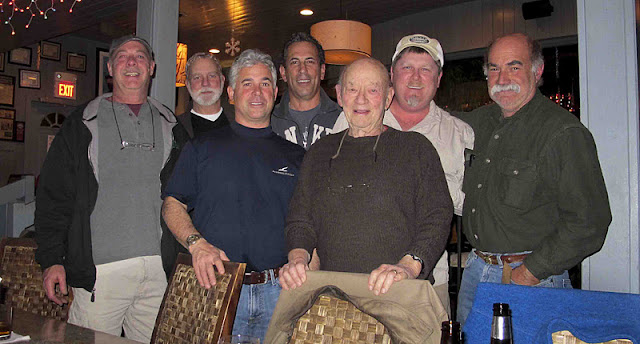 Posted by The Average Angler at 9:27 PM