12.14.11 Solo trip outside the Hook with blitzing bass and diving birds on a beautiful December day

I was done with the boat the other day...until I started hearing about a great bite happening right here in northern Monmouth County! Wow...we're finally getting some action. I put in at Leonardo about 830 and went straight around the hook and out to where the birds were already diving on bait. A few boats were working and hooking up on flies and metal. Bass blitzes all day were quick but when they happened within casting range it was usually a strike. I moved away from the group after seeing birds off in the distance. I wondered if some bluefin were around but when I got there it was bass.
Two party boats had joined in on the chase and I took a spin a little south off the Sea Gull's Nest and found tons of birds and bass on sand eels. I stayed with my Snake Fly and caught fish after counting down my Orvis Depth Charge line to about 20 feet. I did make some sight casts to boiling fish and hooked up that way as well. I continued working to Sea Bright and then the concentrated bird activity dispersed.

I think I'm really done with the boat for the season....I think. 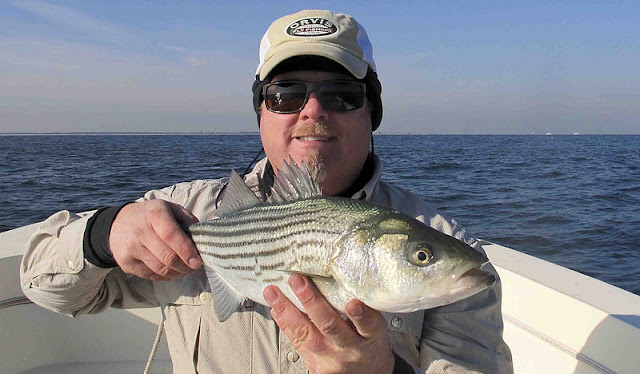 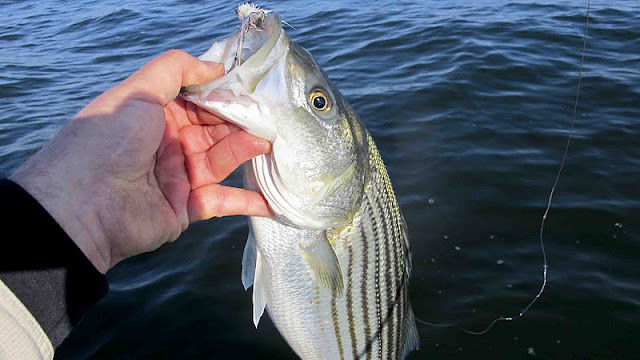 Posted by The Average Angler at 4:35 PM