Couldn't decide last night where to launch from. We'd be heading out at low tide, slack tide or the start of the incoming so I figured Barnegat Light would be the best. My goal was to get a shot at the bluefin tuna that have come inshore and have been visbile, but of course elusive.
My buddy called me at 530 saying that he overslept and asked if we should still go. I said of course and when he got to me I reminded him of the line in the movie  A River Runs Through It , "Neil, there are three were never late for in Montana, work, church, and fishing." Well my buddy who was grumpy from getting a late start said, "Well were not in f&#@in' Montana, let's go". So off we went.
We cleared the inlet and were heading north by 7 am. Found no birds working and a small fleet of boats right off the beach at A23. One particular boat was close, very close, if not beached. If he were up off of Asbury or Long Branch they's be casting snagging hooks at him. We stayed out distance away looking for bass, we marked a few but no takers.

Around 830 I decided to head out and we went about 4 miles to 65 feet of water looking for bluefin tuna. We just drifted and talked, well Canio was casting a pink Sluggo and picked up a dogfish. It was a watch and see game and then all of a sudden in the distance we saw bluefins busting. We throttled down and shut off south of them hoping to drift into them to get a shot. We did this over and over and over again throughout the morning. The closest we got was about 200 feet within a monster fish that came half out of the water on the feed. It was great to see and fun as hell to run and gun trying to get a shot, with either the camera, fly rod, or Canio's spin rod. The only company we had a sweet boat that was setup on the troll in the area. We watched as he was in some prime just-busted-on-top water, hope they hooked up because they must have burned a ton of gas.

I'm looking forward to giving it another shot, next week, after the crowds of the maybe-the-last-weekend-warriors get done for the year. 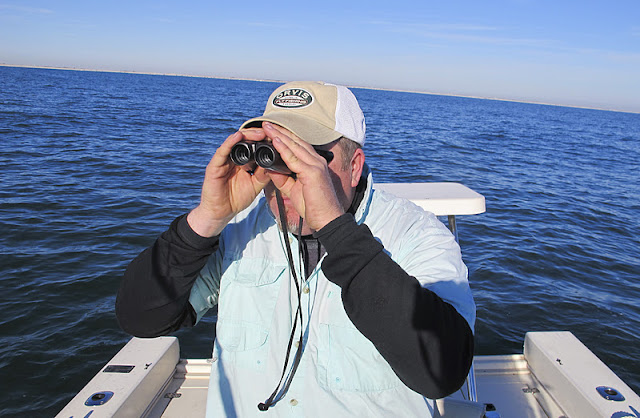 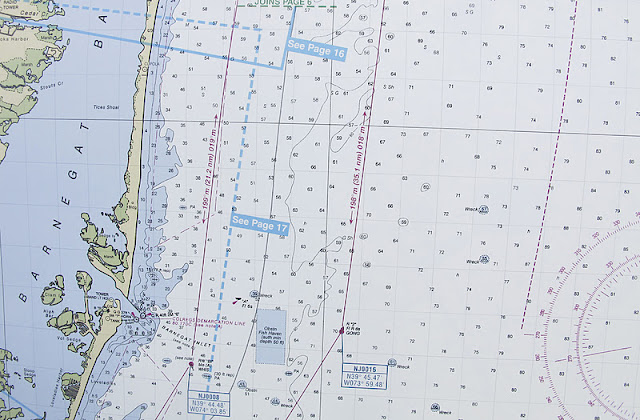 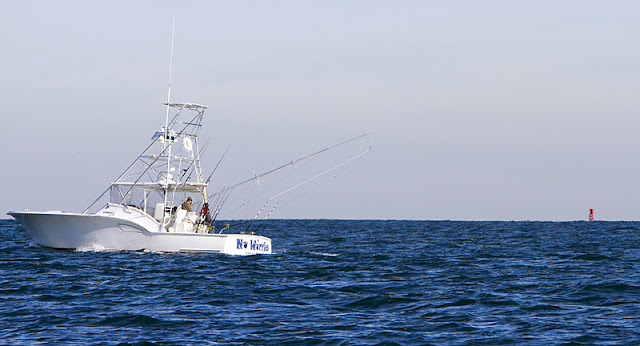 Posted by The Average Angler at 5:36 PM