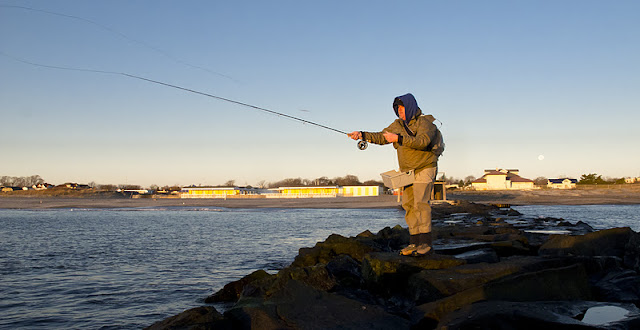 Got out by 545 am and was greated by a brisk 26 degrees. Last week at the same time it was 60 degrees. Stopped by 7-11 in Asbury Park and saw a guy from The Asbury Park Fishing Club who said guys were catching fish down there, right now. I had planned to meet up with a buddy in Deal so I kept with my plan and went down to Deal. However, he never showed. I fished through first light and the sunrise without a bump. There were a few guys on the beaches and they didn't do anything either. 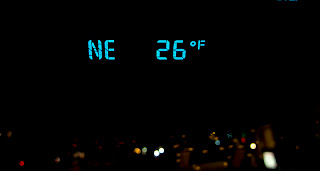 I stopped by 8th Ave and talked with Gus who caught two, one a keeper. There were a few more fish caught around 530 am on Vision Eels. I decided to move south, by a town, and fished the Fletcher Lake outflow at Bradley Beach. Met up with fly fisherman Joe who said he's been getting a steady pick of shorts when he gets out and was at Sandy Hook on Friday when the Park Service Police and the Army Corp of Engineers shut down fisherman's access from north of North Beach. I was at a party last night and another angler said he was fishing on Friday when the dredger came in and killed the fishing. It's all part of the Monmouth Beach replenishment project. I have heard that a few of the northern most parking areas are now closed. Below is an image I took on November 16 when the dredger or vacuum vessel came through while we were fishing. 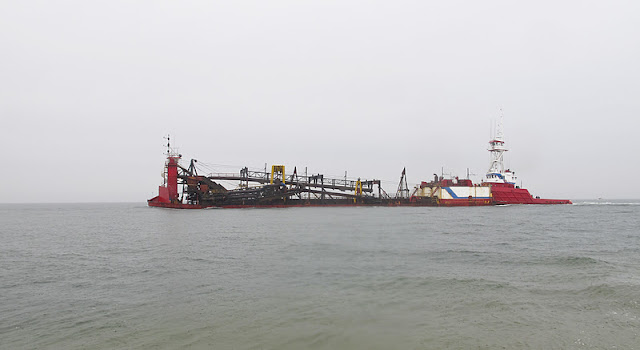 Posted by The Average Angler at 10:48 AM