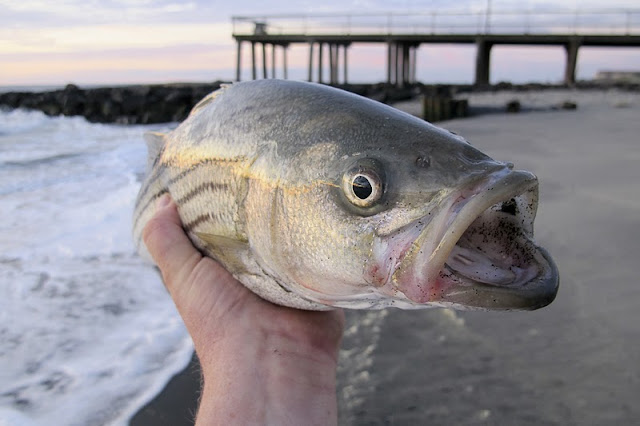 Beautiful morning. Up and out by 515 am putting me on the beach minutes later. It was still dark out and I went with a Bob's Banger to open with. Had a steady NE wind that didn't help with casting. Worked on the downside of the breaking waves for a while without a bump. As night turned into day I switched over to a tan/white Clouser and soon after hooked up with a nice fat 18 inch fish. 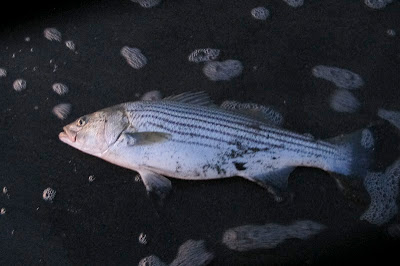 I moved down to the rocks and missed a two, and then hooked and landed three to 25 inches. The waves quickened their sets so I jumped over to the other side of the rocks on the downwind side. As I waded out I turned and saw a guy walking with a keeper just past two guys soaking clams. As I looked closer, it was my buddy Al. I can't believe what a stud this guy is. 87 years old- carrying a 12 pound striper for blocks along the beach. I was done so I went to meet him and help carry his first keeper of the season to his car. Al's like me and many of the other anglers out here, keep one or two per season, if we keep any at all. 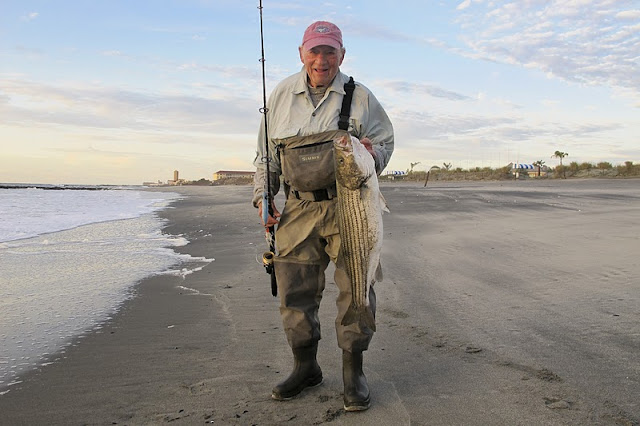 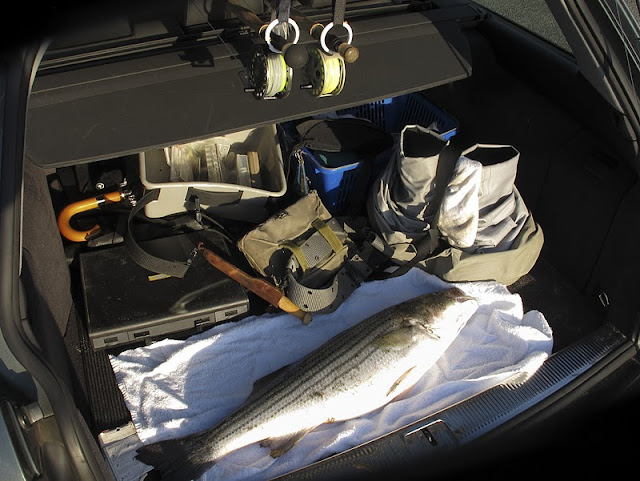 Posted by The Average Angler at 9:26 AM