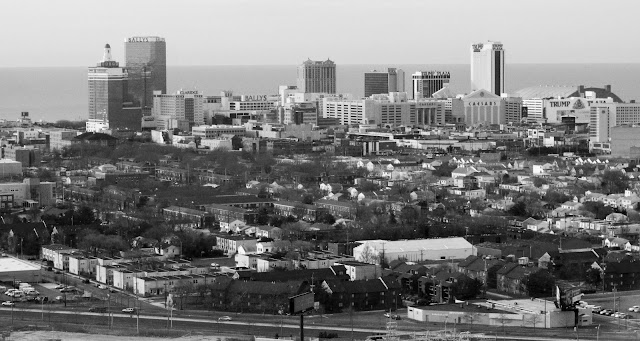 Back today from Atlantic City. Cindy and I had a great time as always. Can't beat the Borgata. Great room with a great view. Buffet was great and Bobby Flays was great to sit in the bar lounge and have drinks and apps. We did well at the slots and tables. We watched a guy, an as%^ole, hold court at the roulette tables last night. Betting 500 dollar chips on colors, with at one point 110,000 thousand in chips in front of him. At one point he rolled a tip chip to the dealer, it rolled off the table- so he threw another one. Each was a "pumpkin" as they call it- 1,000 dollar chip. So that was 2,000 for the dealer, and there were more chips that went their way, and they were orange too! It was nice to get away on them for a few nights before getting back to my reality here; boats, trailers, and taxes. 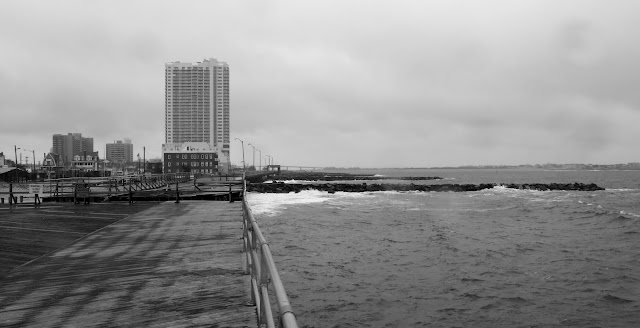 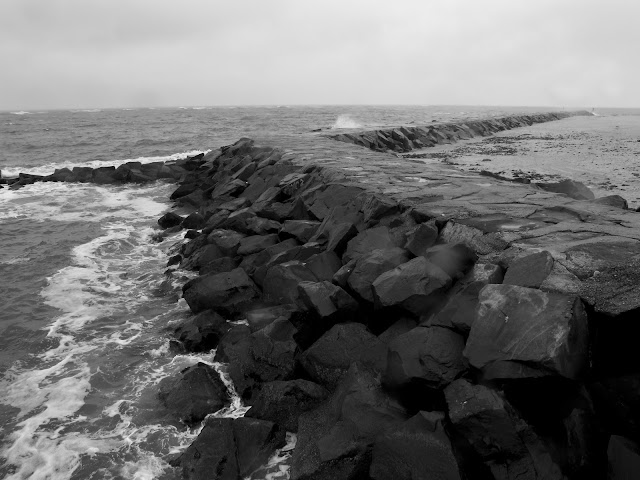 Today we took a ride down to the inlet between Atlantic City and Brigantine that leads into Absecon Bay. The snotty weather that we're going to get has started to move in. The water was clear but the wind had the waves kicked up. Nothing like a god Nor'Easter to get the season kicked off. Usually we don't mind a nor'easter. Churns up the surf, breaks up the clams and disorientates the bait, brings the fish close and turns them on. But with current water temps in the low to mid 40's and sparse bait around I don't think this will bode well on the early striper season. From Sunday on it's a mix of rain, clouds and 50 plus degree temps, so maybe that'll warm things up a bit. 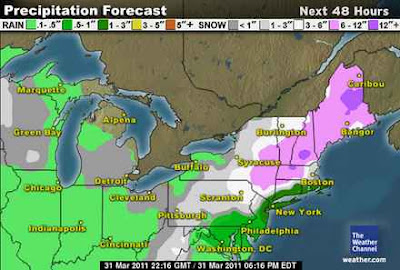 When I got home my mechanic called asking me to pick up my drift boat trailer which I had dropped off to him after I dropped the boat off to be painted. The boat gets painted tomorrow and then picked up on Saturday.
Posted by The Average Angler at 8:00 PM