03.12.11 There's tons of water everywhere, and checked out Raritan Bay 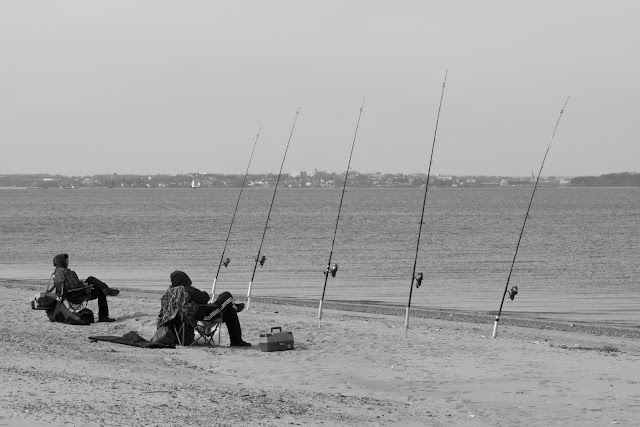 Cliffwood Beach Saturday clam soaking
Everywhere you look on the news there's a story related to the havoc that too much water is causing. First, the worst case scenarios are in the Pacific where a tsunami hit following Japan's 8.9 earthquake. The waves traveled and hit Hawaii, California, and parts of Washington State. Here at home a deluge of rain coupled with winter run off has caused several rivers to crest and flood. The Hudson and the Delaware Rivers have crested with minor flooding reported. Smaller rivers such as the Passaic and Pompton Rivers in New Jersey have crested and are receding. Hundreds of homes in Wayne and surrounding towns were evacuated and are under water. Several rivers that I fish were blown out and are now on their way down. The Lackawanna River was up over 7 feet and is now down to just under 5. The West Branch at Hales Eddy is up around 9,000, with the Cannonsville Reservoir spilling after an earlier drawdown before the storm. As I blogged earlier in the week the Northern Adirondacks near Lake Placid were hit with over 30 inches of snow. Now they have a combination of ice jams in the river and local flooding from the ice melt. It just seems like there's too much water now. And then in July, we'll have drought like conditions. Followed by monsoons in the fall.
Around here, anglers got some word that a few keeper stripers have been caught in the Raritan Bay. This week my friend Phil Sciortino at The TAckle Box weighed in a 11 pound fish caught in Cliffwood Beach. I decided to take a ride up there today and see what was going on. There were about two dozen poles in the water, with most soaking clams or worms. One angler was using a rapala. No bumps, hits, or fish. More as things heat up to follow. 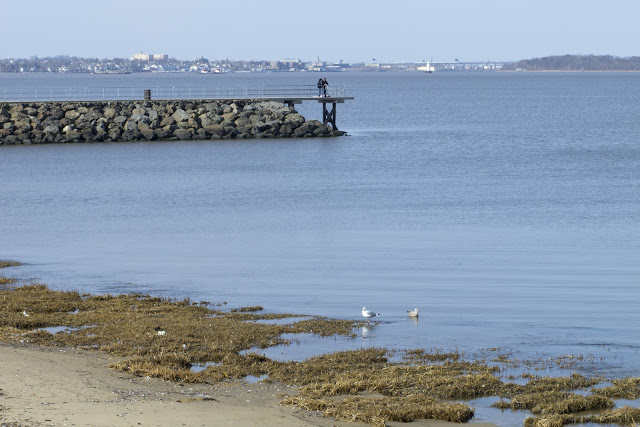 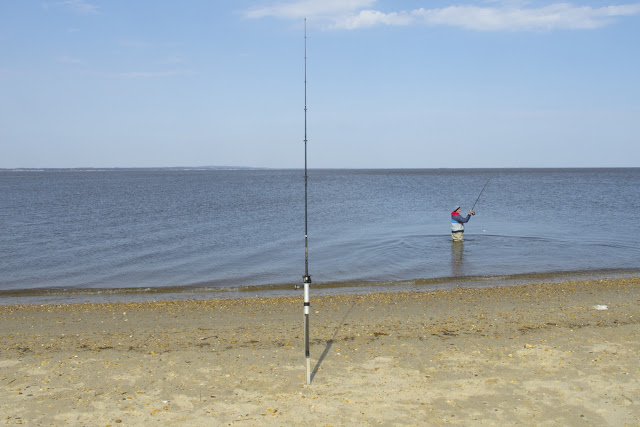 Cliffwood Beach
Posted by The Average Angler at 3:46 PM