03.22.11 Fun at Graveling Point and Oyster Creek, but finding this goose made me sick 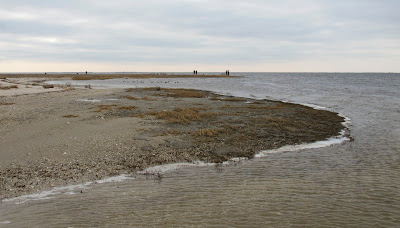 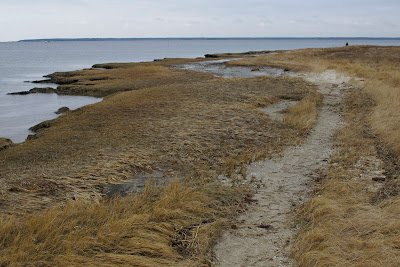 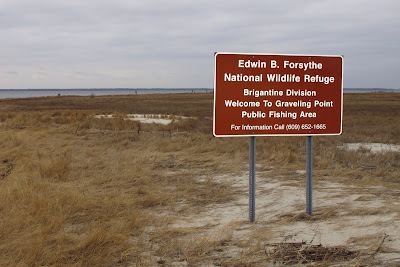 Today was supposed to be a nice day weather wise it between a week of nasty weather. I decided to take a drive down to check on a few early spring hot spots. My first was Graveling Point. It's always one of the first places anglers hook up with stripers in the spring. They're usually schoolie bass feeding on worms in the sod banks of Great Bay. I arrived with an incoming tide and a strong W wind. There were several guys waiting and watching their rod tips as the bloodworms soaked in the mid 40's water. I stayed for about an hour throwing a pick and white half and half. As I left I checked with the dozen or so guys along the way and they hadn't had a bite yet, they were anticipating the outgoing tide after noon. 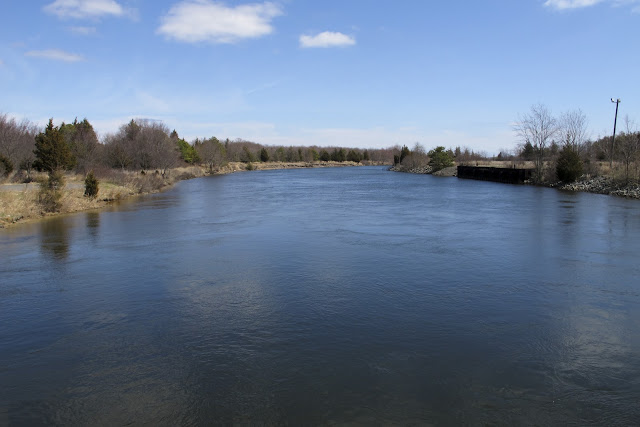 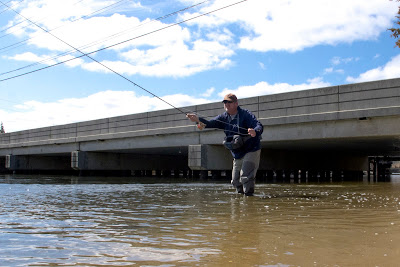 I then took a right on the Parkway at Exit 74 and hit Oyster Creek. They're were a few guys out, one with worms, one jigging off the bridge, and two other guys changing every plugs to spoons to jigs every few minutes. I stayed with the same offering and worked the bridge area and moved down on the mud flats for a while. It was nice to get out, but I think the recent rains and cool weather shut whatever progress we had made to the early season down. Last week I re-visited the Raritan Bay and it looked like chocolate milk. The Raritan River was pouring out and bringing sand and silt from every tributary and river in the State.


Just as I was leaving to head home I was standing on the bridge and I saw a goose trying to fly out of the brush near the bank of the Creek. I figured it was caught up in something, but I didn't realize it was as bad as it was. I tucked my fly rod in a safe place and jumped the guardrail and went over to it. It had about 60 feet of fishing line wrapped around it's legs, wings, and back. Attached to it was a two foot twig that hampered any type of flight. Below you can watch a short I put together, with a longer video coming. One thing that amazed me was how calm the goose was, and how it somehow knew I was trying to help. The banks of Oyster Creek are full of litter. Not household trash, but what's left when a bunch of anglers, irresponsible anglers, leave their shit behind. Beer bottles, lure packaging, cigarette butts, bloodworm boxes, and used fishing line. The whole scene was sad, the garbage, the bird, sick.

This incident comes at a time when I am about to launch the campaign, "Take Your Limit, Please!"
Posted by The Average Angler at 6:30 PM