After watching the Winter Olympics, I know I will never win a gold medal or bronze for that matter, I also won't be staring in any adult films not that I have ver really seen any, and most likely won't be the star of attraction in a fly tying seminar. That said, I felt energized after watching Bob discuss the evolution of his fly design and tying techniques last night on Master's of the Fly. 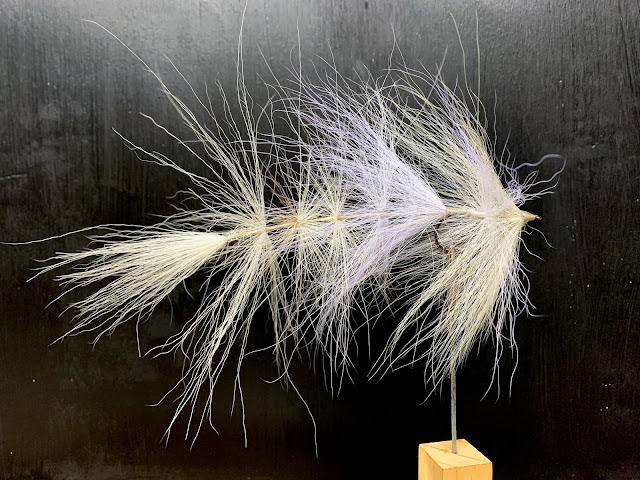 Todays my day off, and I was determined to tie a larger Hollow or Beast fly tying on mono extension. I have tried and failed miserably before in the past, and today was well, just a tad better. 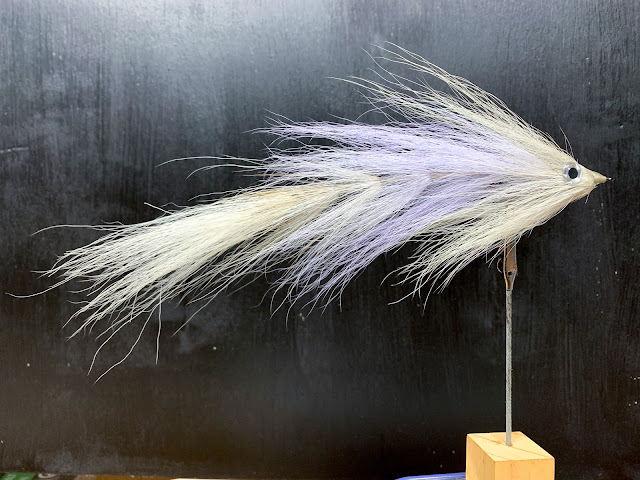 Things were going well over the nearly two hours it took to tie the fly. And after the bath, it flared out to the hideous fly in the top picture. I felt dejected. I also thought about when I change my own oil. It costs me 30 plus dollars in the filter and oil, I have to go and buy it, and then take the old oil back to Auto Zone and get rid of it, am I really saving money in the end?. Now these flies I am dying to tie correctly go from $15-$45 dollars, and rightfully so. Andrew Warshauer had been my dealer, with most of his flies chewed up or broke off or swimming along the concrete and rebar in the Delaware. So is it worth just forking over the money or should I attempt to learn this art and catch fish on my own flies?

Its time to put my big boy pants on and get this shit right. 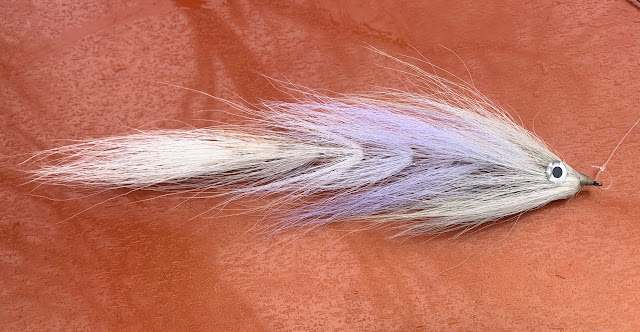 After the disheartening bath, I went back to the vice and used God's gift to fly tyers, in my case Solarez, which I got from Brad Buzzi at TFFS. I tightened up on each taper so it at least appeared like a fish in the water and not one that had been electrocuted. 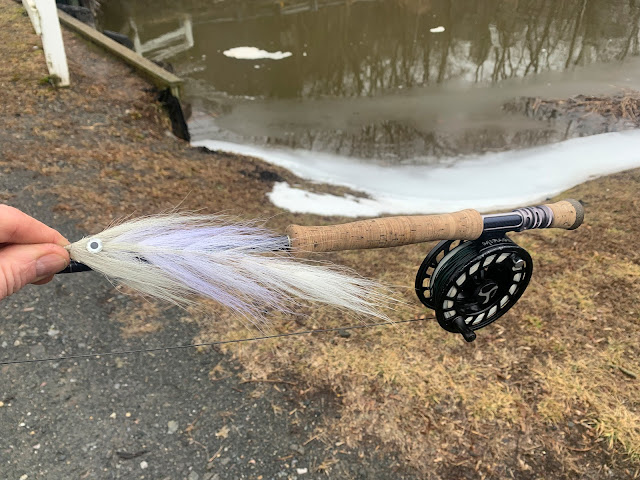 From stem to stern it came in at 9-1/2 inches, which is the size I want to match the herring in the Delaware. I took the short ride to Delaware & Raritan Canal and gave it a swim, and you know what, it wasn't as bad as I thought. And, if the goal is to tie a fly that looks injured, or genetically off, this is the fly you need. If I get it in front of a striper, it will get eaten. Below is the view from the bridge,

While it was in the water I could see things I didn't like. Tail section to full and tight. Some gaps in the middle body section, and the head just off a bit on the taper. Below are some pics from each side which illustrate the inconsistencies in the tie. 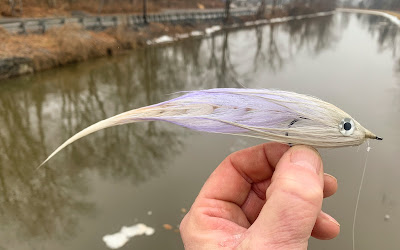 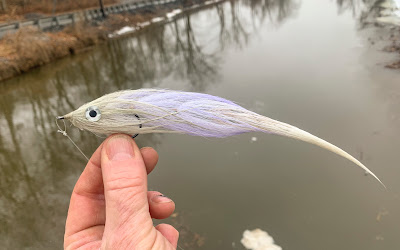 A few other things, tying on a mono extension isn't easy. I don't know how guys tie with mono, it must take a mile of thread to build up in front of the reverse tie to create the taper. And lastly, the blending of colors is a true art. So it was all good, and hopefully will get better. 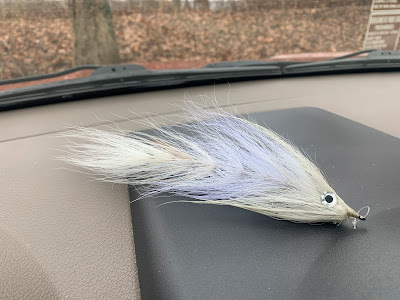 Posted by The Average Angler at 3:06 PM