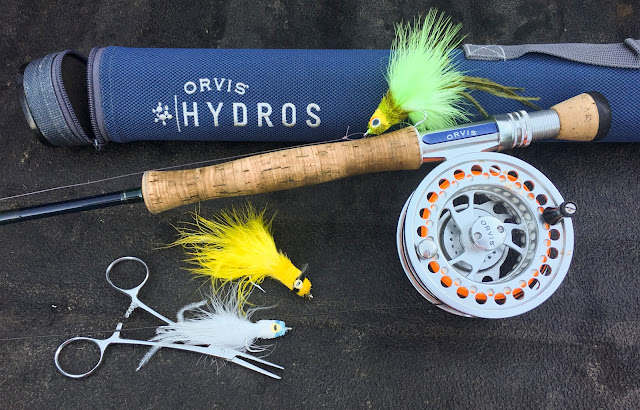 Today I broke out one of my favorite Orvis rod of all time. The Hydros 7wt. Great for throwing streamers on the Upper Delaware when the waters up and you need a sinking line to fish it. Since I have realized that the norm, at least for me on this beat are smaller fish, that it was time to g lighter. Not that these fish aren't feisty and fun, but Id like to get into something a tad bigger. 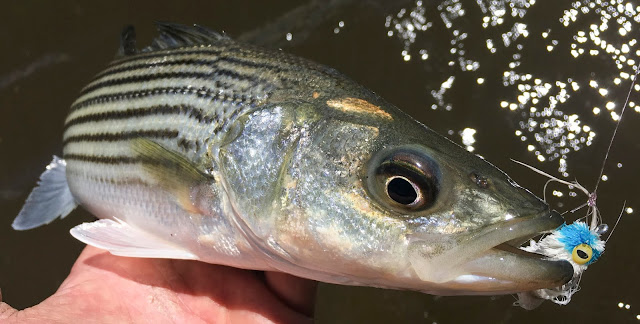 I was up at 4 am and decided to hit the vice and tie up some Snake Flies which seem t really work, although I am sure any well presented and sized and colored fly would do, in the current and structure of the river. I tied up three not knowing what the river would look like after last nights quick but heavy rains. I got down to the river an hour after high tide and found it a little upper than usual and 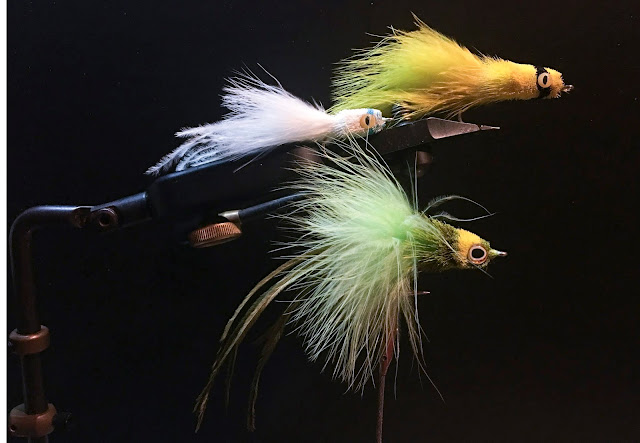 a little off color, which I hear is the best condition for this river. Below is a pick of "The Pipe" on the ebb tide. I'm about midway and you can walk abut another 80 feet, but its a little nerve-racking waiting for a tree you come and blindside you. I fund one, yes another, little guy off the rocks and 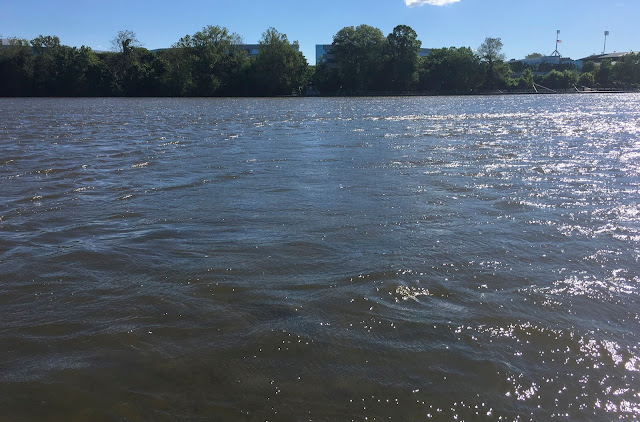 then made the move to the riffs. With the river higher it was a different scene than yesterday. I had to pay attention to my footing and be more aware with the sinking line to avid snags. Once these lines bite on a rock it comes out either damaged or destroyed. Luckily I didn't fall it or lose a line or a fly for that matter. It was another half a dozen or so for me and the most fun was high sticking them. 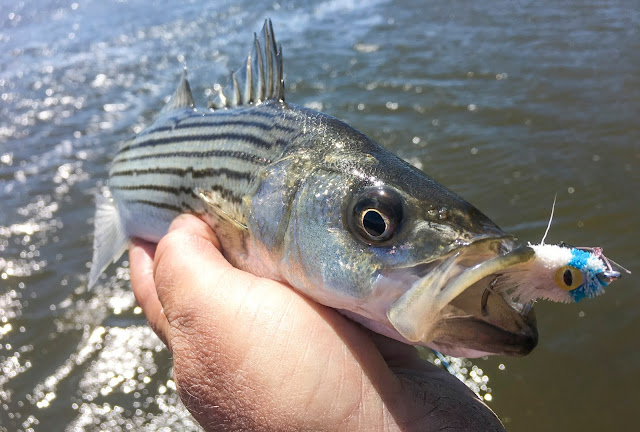 While I had tied up some beefier flies and even threw a larger Hollow at them the go-to fly was this one below, a smaller Snake in white. It must have been the eyes.

Not fishing this weekend, especially in the boat as its a shit show out there between guys trolling and running around bunker pods for bass or or drifted up in the channels and flats looking for fluke which opened up yesterday. Can't wait til they show up on he beach. 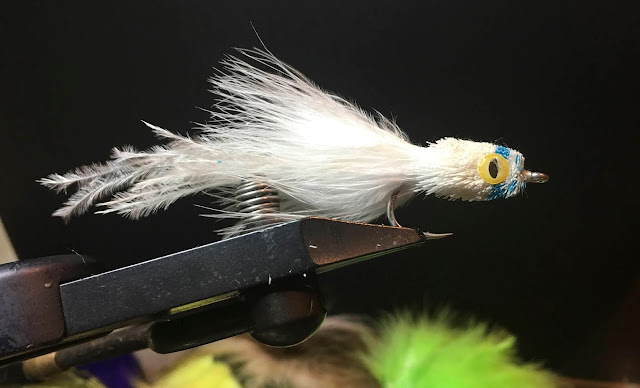 Posted by The Average Angler at 5:19 AM