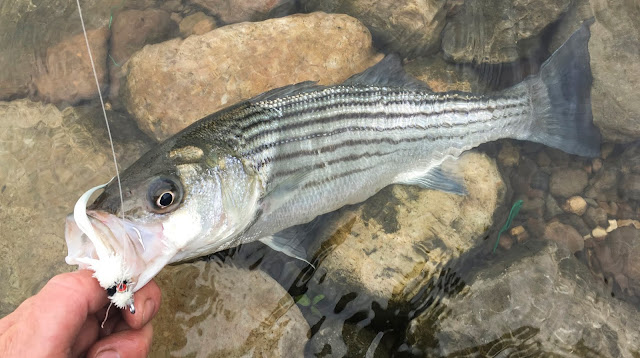 Alright...I'm kidding. Hit the Delaware early yesterday morning only to find I read the tide chart wrong. It was high tide and there just wasn't any place to be able to comfortably fly fish and enjoy it. Went home and started the honey-do list and went back mid to end of the ebb. 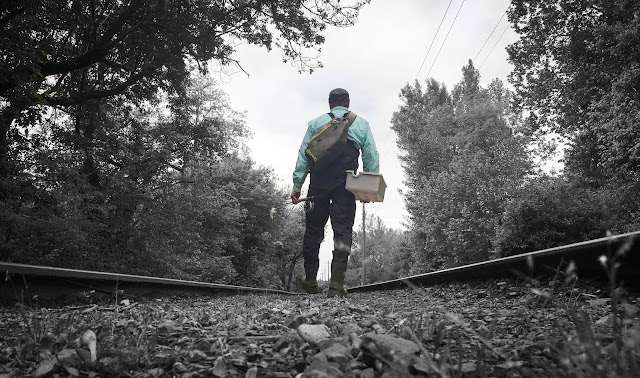 So it very interesting fishing a true spawning river. Sex isn't the only thing on their minds and when they want a snack there's river herring and shad and then just other stuff for them to eat. Where I am at Trenton is at mile marker 133 on the Delaware River, with say Delaware Bay at mile marker 0 and the upper part at the Junction Pool, where the West Branch and East Branch meet, in Hancock, New York, at mile marker 330. 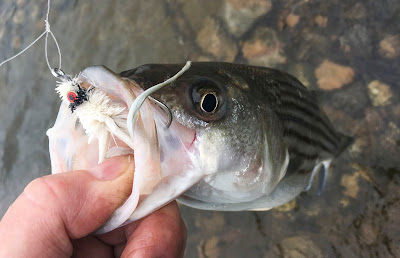 So what happens in the spring during the spawn? Males come up first waiting for the big girls to arrive. Most males will fertilize a big females eggs and unlike his date who heads downriver after depositing her eggs, he'll wait for another round of females to come up river. Younger males and females may summer over in their natal rivers until they become sexually mature and then will make the trek up and down, maybe producing eggs that are reabsorbed rather than deposited and fertilized by the males.

One question that always comes up is how do the striped bass survive in non-salt water. The other question is how far does salt come up the Delaware River. According to the DRBC website the "salt front" or "salt line" is where there is water with 250 milligram per liter chloride concentration. The current salt line location is at mile marker 65, and the record upriver location was at mm 102 which occurred during a drought year in the 1960's, some 30 miles downriver from one of the primary spawning grounds for spring striped bass. Striped bass don't need to spawn in the salt line, but do need tidal flow. Striped bass generally prefer to spawn in totally fresh water, or little to no salt water 0-02 ppt. (Murphy, Fly Fishing for Striped Bass pg 71) The eggs need to remain buoyant in order to float and make their way towards sea.

Striped bass hatch about 29-80 hours after fertilization. Newly hatched larvae remain suspended in the water column eating the large yolk mass until their mouths form in 2-3 days. Once they can chew they start eating small microscopic organisms and after a week they start eating crustaceans, shrimps and amphipods. During the first year they grow 10-12 inches.

They are sensitive to river conditions and that is why the survival rate of developed eggs is low. Temperature, flows, salinity, acidity, turbidity, and predation all affect the survival. And then they have to swim 133 miles out to the salt water and then get caught by some guy in the surf. And then released. Then caught at the Hook. And released. And the Cape Cod Canal. And then Marthas Vineyard. And Montauk. And Asbury Park, Atlantic City, Virginia, Chesapeake Bay, and then back up the Delaware to hopefully reproduce once in their lifetimes. 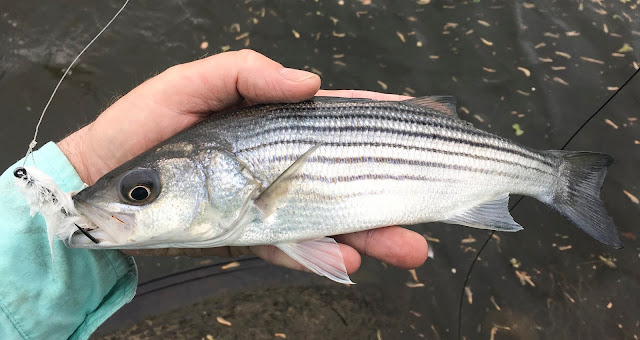 I have tried for about a month to catch one of these stripers with some shoulders on it. Like I've said I talked to guy who caught a 40 pounder (and illegally kept it) here about a month ago. Now, it seems the little guys, who were born here and call this there natal water, and inhabit these waters before making their first trip to the salt when a few years old, are abundant and willing to eat a fly. They are 1-2, maybe 3 years old and you can look at the size chart and figure how old you're 20 inch bass is. 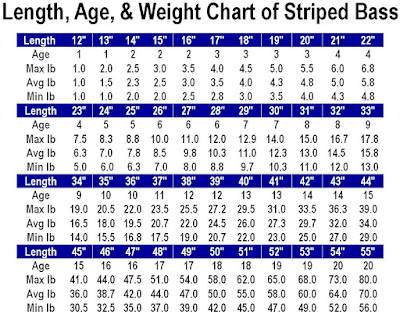 This time of the season you'd like to say 'I'll pull out the 5 weight and have fun", but, there's still decent fish around and depending on the tide you're still using a 300-350 sinking line. These fish aren't up. They are down near the bottom where the herring and shad tend to run. So that little cute trout rod won't work here, not just yet.

This upcoming week I have availability for the boat and or walk and wade so give me a call to set something up, 732 261 7291 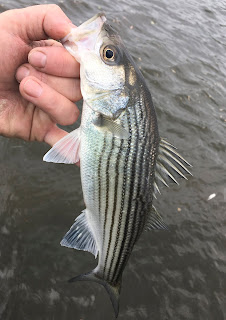 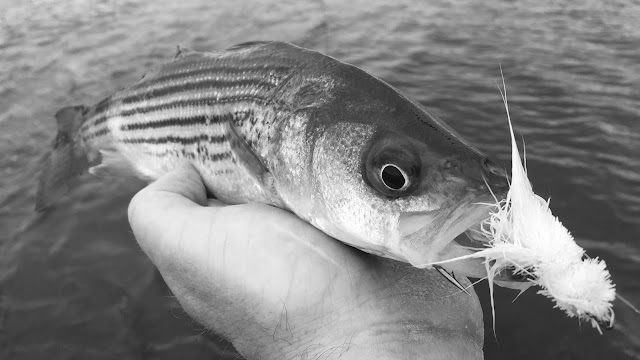 Posted by The Average Angler at 7:08 AM