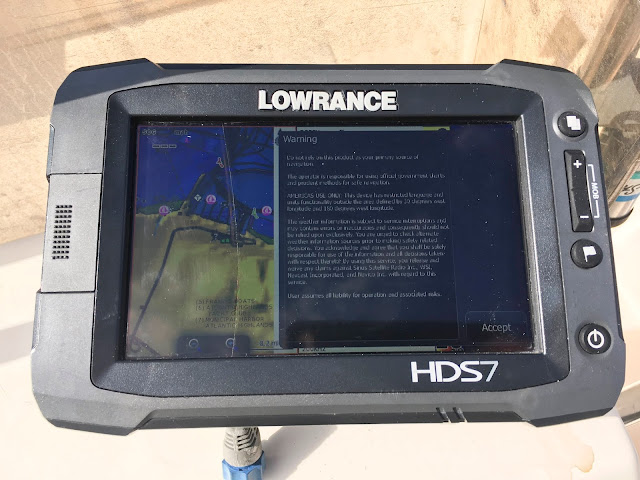 So it wasn't until I was on the water did I realize what I had done. 6am leaving Titusville for Red Bank. Got the girls. Check. Got my fishing stuff. Check. Put seat down so they can sit. Check. Move Lowrance HDS7 Gen 2 Touch fishfinder and chart plotter.......Not. I must have had it in a bad spot in the back seat when I put the seat down. It cracked the screen making the "Touch" untouchable. I can't get past the accept screen as it won't "accept" my touch. It's over. So if you know anyone that has ungraded let me know as I would rather just have the same unit with the already-installed transducer. I went to West Marine to see if its still under warranty, and the extended warranty that I bought, but I purchased it in 2012. SOL.

I made the run to Keansburg and fished a bunch of drifts, quick ones, with the NW wind and the outgoing tide. I must have been over something because the chirps were going good but I couldn't see anything on the screen. After hitting West Marine I ran to the beach and was pleasantly surprised 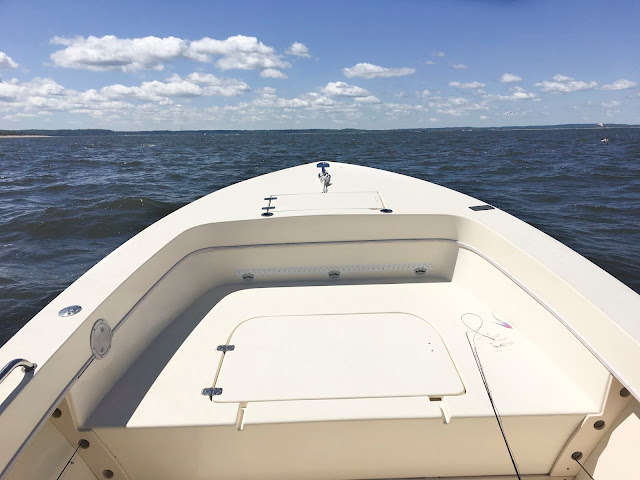 with great conditions. Almost low but plenty of water, clean and green water, but I didn't find anyone home. Saw more boats on the horizon so I don't know if guys are starting to sniff around out front or if another species season opened. I'm thinking sea bass opened today. After Daddy duty 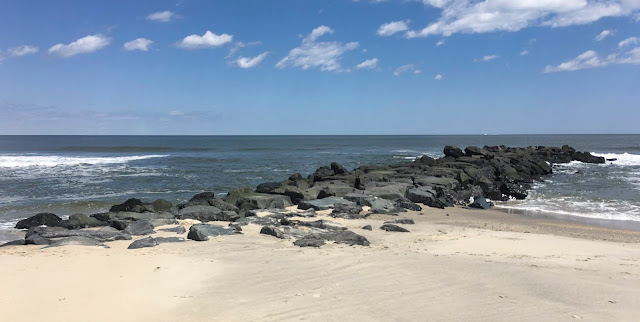 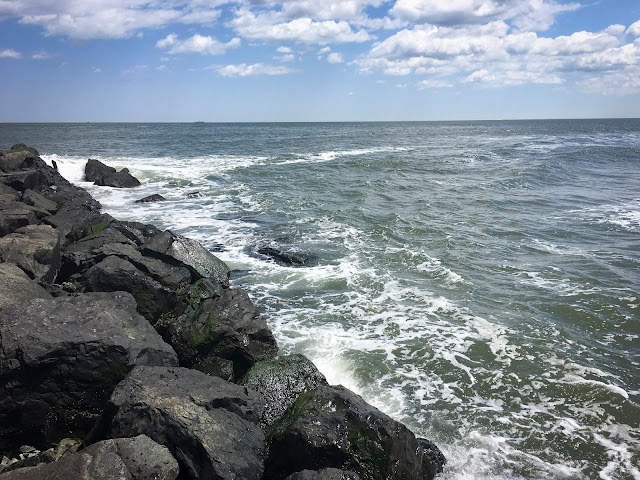 I headed west and stopped on a risen and off color Delaware River. I had the "jetty" tip to myself and threw different color flies but had no takers. I didn't mind going 0 for 3 but the Lowrance unit thing, stupidity on my part, killed me. Have to get another one sooner than later as I feel things will be heating up, and the fish will start looking up more and better for the fly anglers. 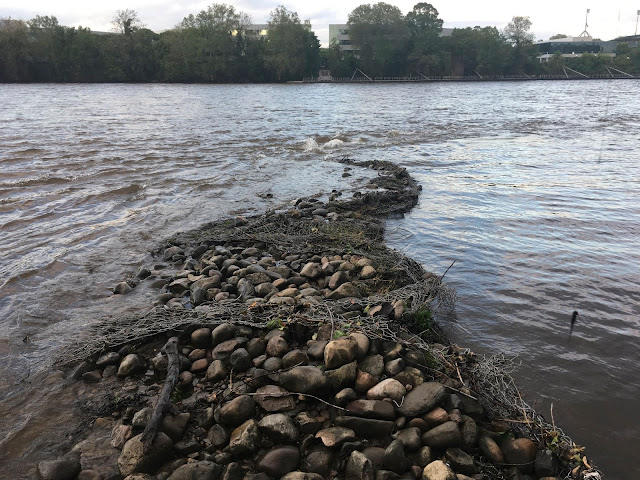 Posted by The Average Angler at 8:51 PM