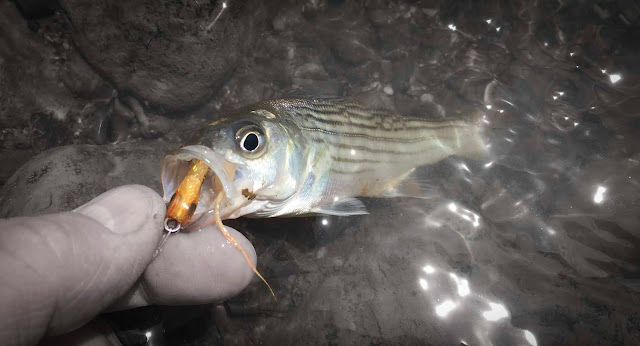 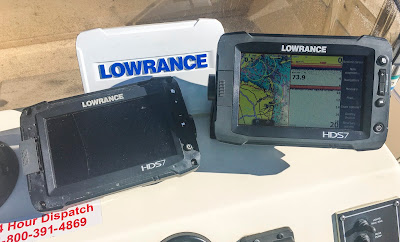 So I got my "new" Lowrance HDS7 in the mail yesterday. I found it on eBay and it came from California. It was all good until I realized that part of the cover was broken. Luckily I was able take the piece off my old unit and snap it in. I put my Navionics chip inside and after the GPS kicked it I ran through the programs and I'm all set to find some fish, or my way back to port. I was planning on making a run but the NW 15-25 had the bay a mess. I left the waders home so hitting the beach was out. 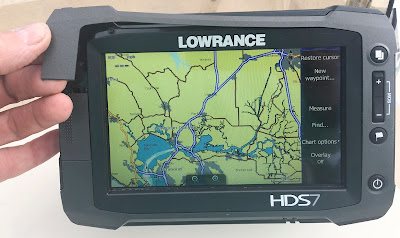 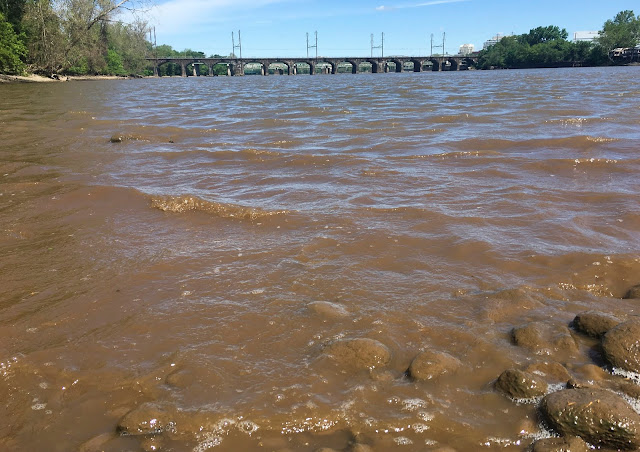 With all the recent rains we've had the Delaware was just about mud. I fished it and didn't get a tap on the outgoing tide. One thing about low tide in the river, the "jetty" grabs line in a way way different than the salt. Once you get your line wrapped around some fencing you are done for a little bit. With yesterdays hard wind it was difficult to keep the line in the stripping basket. 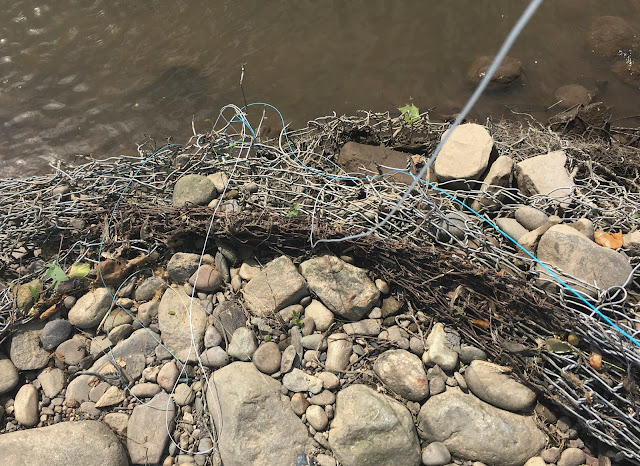 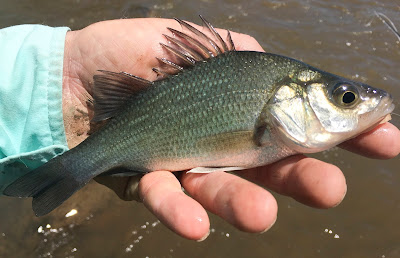 So just as I was about to leave I thought about checking another spot. There was a guy fishing with a 10 foot surf rod and was throwing about a 1/8 ounce spinner, which went about 15 feet when casted. But, sure as shit, he was caching fish. I thought maybe it was shad or maybe even illegally harvested herring but it was white perch. I looked into my fly wallet and fund a tiny alibi fly and gave it a go. And, the fish were there. They weren't big but there was a lot of them. What I liked abut yesterday 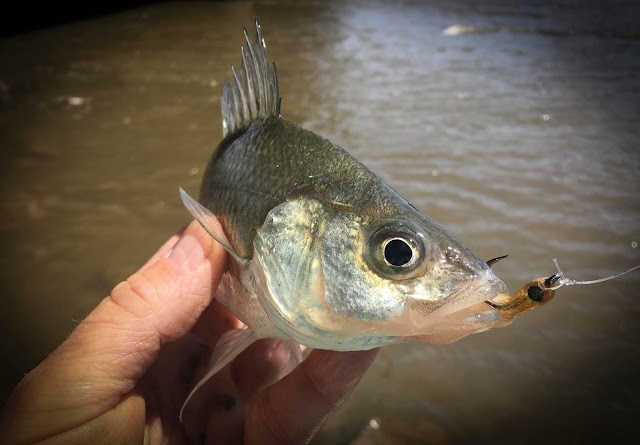 was learning another thing about the river. While I have been dragging bigger Hollow Fleye's and Snake Flies through the water, most times without a tap, going small and picking pockets shows that there is plenty of life in the river. I was surprised to land a few young of this year striped bass infants that ate the same fly as their other friends. Time to bust out the 4 weight.....kidding of course as I would never target these babies. 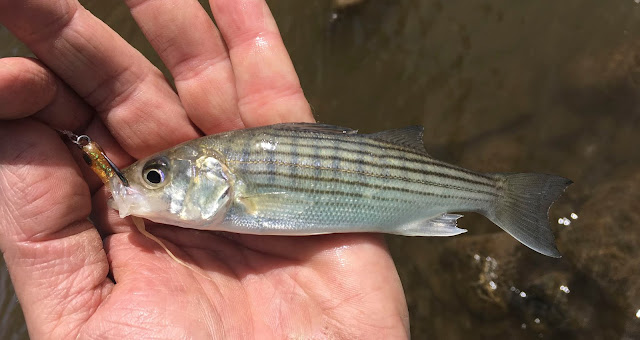 Posted by The Average Angler at 6:27 AM