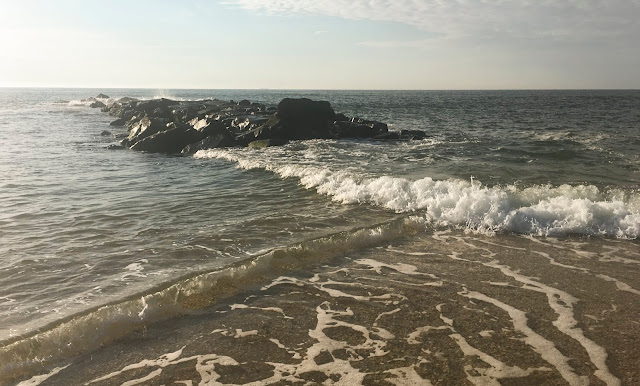 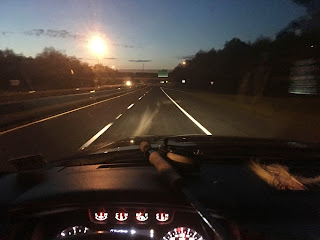 Woke up at 430 and took the hour drive to hook up with Leif to fish the beach. Had the last of the full moon high tide and just the start of the outgoing. I found all the little fish Leif and Joe found bigger guys over 20 inches. All of the fish except the microist bass you could imagine came on the 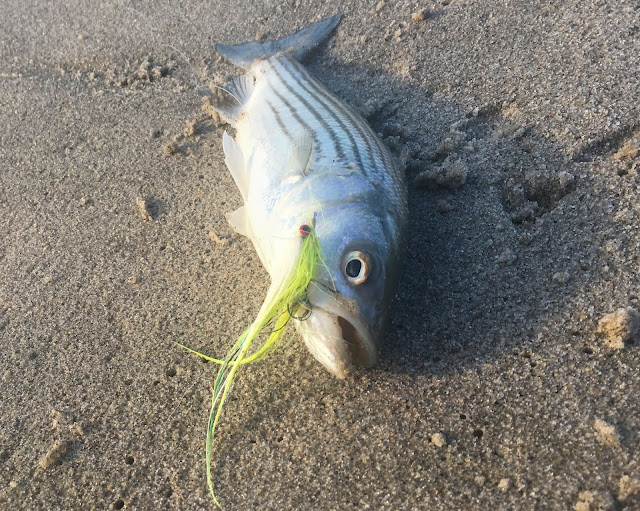 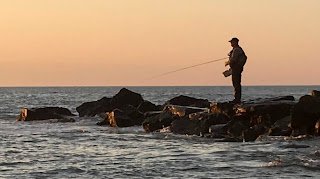 tide flip. Ended up with six and a nice surprise in a fluke. That season opens up in few weeks and I really enjoy when he bass and fluke start rooting around and are on the mole crabs. Here is a picture 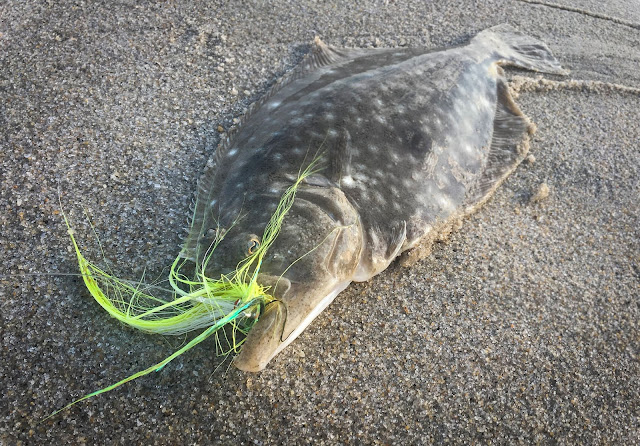 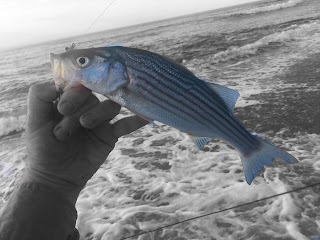 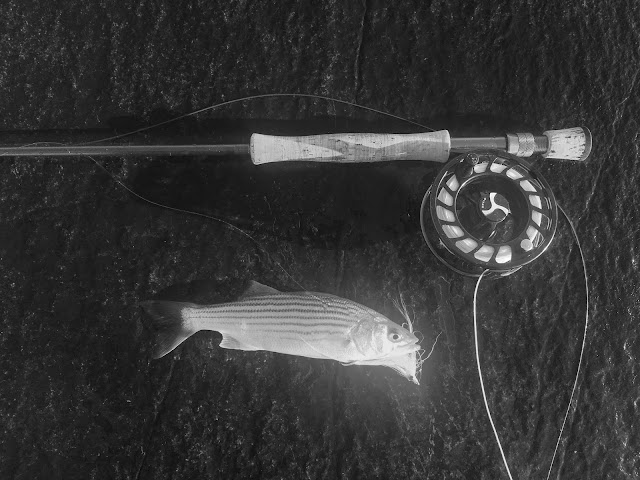 of the super micro bass that ate a Clouser on the outgoing. Once I landed him I was done with baby fish. Yesterday before the graduation I fueled up in Red Bank and left my credit card there so I had to go that way. Since I was near the Shrewsbury and the tide was up I gave the sedges a shot. 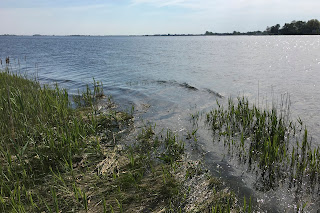 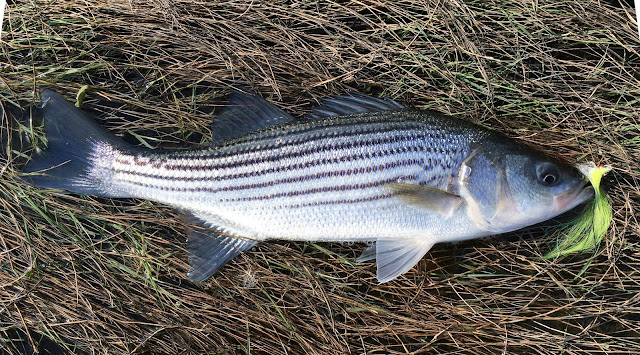 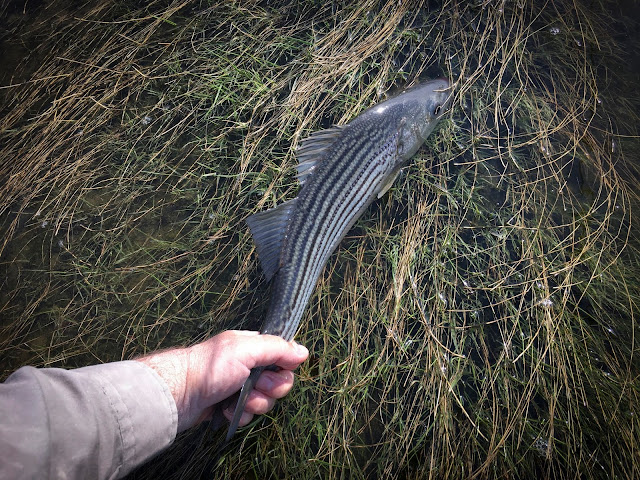 On the second and fifth cast I connected and then had the idea to run home and catch kinda low tide on the Delaware River. Unfortunately by the time I got my card and past the GSP Exit 109 traffic it was 1130 when I arrived. Two hours on the flood with extra water in the river due to the rain. My "jetty" was only accessible for about 10 minutes before I got chased off. So, in the end I caught fish in two spots today.  I fished near the bridges in hard current and off color water without a tap. I did score 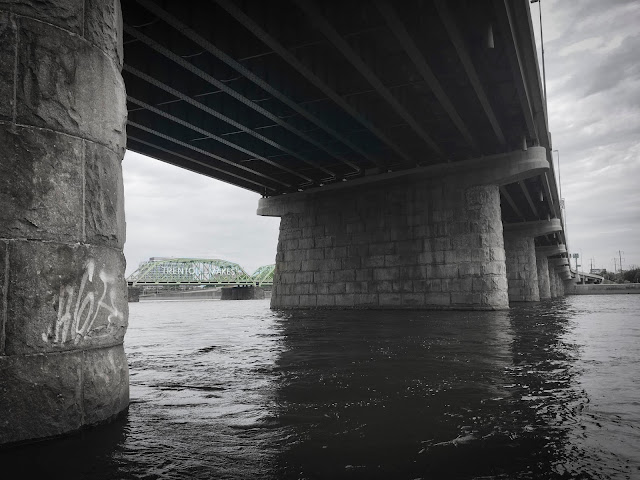 two lures today and the top one, whatever it is, will be good to tease up the big girls in a few weeks out front, one of my favorite times, but it doesn't go every year. Big bass blowing up on bunker. I can't wait and I hope I'm out there for it. 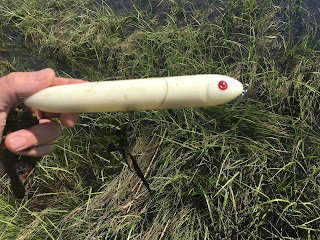 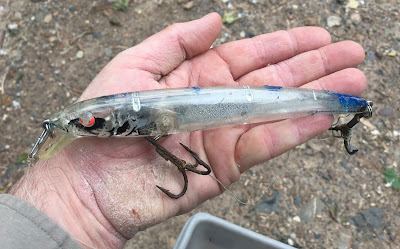 Posted by The Average Angler at 7:05 PM