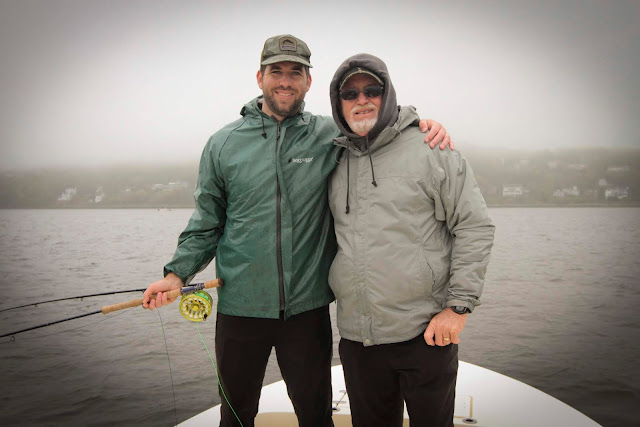 .....but it was frustrating. As I drove home last evening I filled my head with what-ifs and second guesses about what I could have done differently to get these guys some fish. In the end all of my rationales basically came down to excuses. Either you got it done or not.

Started out, and ended, the day in the fog that just wouldn't lift. Would have liked to run around the Raritan Bay a little bit but we were forced to stay close. Had the end of the incoming and then the outgoing which should have been good. We ran back into the Navesink and then hit the Shrewsbury at slack. Had some marks but couldn't get them to eat the fly. We had alternating fly and spin going and always had a shad in he water but outside of a few taps on both nothing committed. 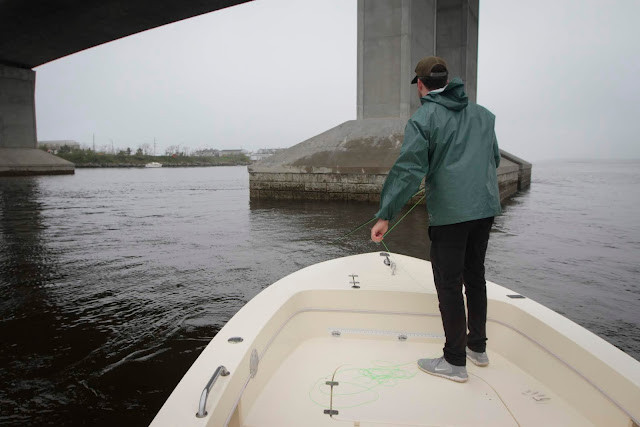 Brett and Glenn are a father and son team who came in from Pennsylvania. Both work in jobs related to the environment. Interestingly, Brett lives out in California and discussed how striped bass out there, in some waters, are vacuum cleaners, a nuisance, and almost like an invasive species. They put a beating on salmonoids and other fishes. It sounded similar to what Canada was saying about striped bass in their waters since it appears the northern migration up the east coast has expanded. 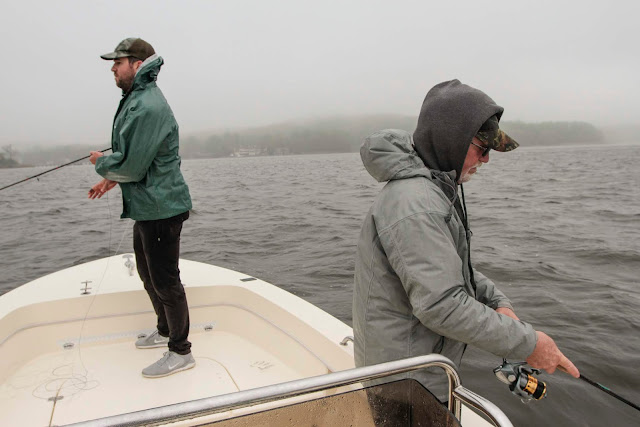 We picked a few spots in Sandy Hook Bay and blind casted our way around. Officers Row, Bug Light, Leonardo, and then finished up outside the marina. Guys hung in and it was a day of 1,000 casts with only a few snagged bunker to a fish smell on their hands. I hope to see these guys again on a tad nicer day and on some eating fish. 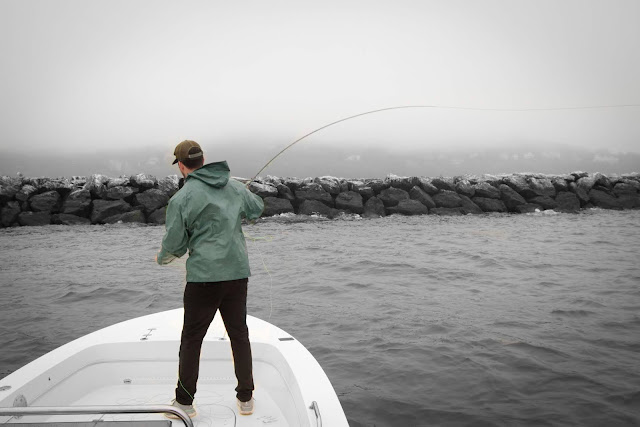 Posted by The Average Angler at 6:53 AM