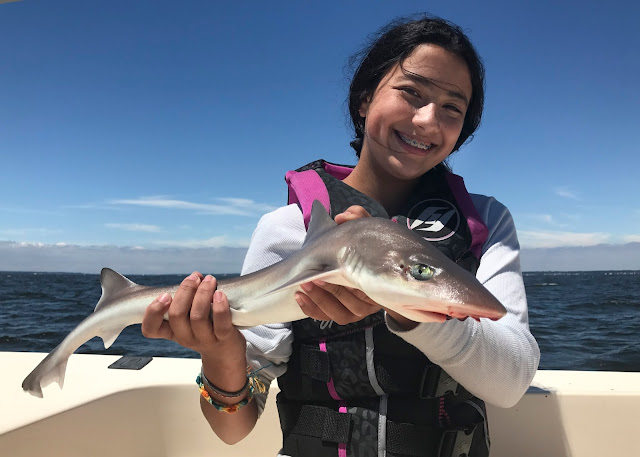 Hit the snooze button and missed first light on the beach. Just as well because after getting Mom settled back home me and my partner hit the bay. It was tough but at least we caught a few things. We've been out a few times and just can't seem to find them. Spent a few hours in the bay in the shallows of both states and in the deep water in between. Luckily we found a mid-trip dogfish which kept Erin in the game. She is not a fluke fisherman, and probably not a bluefish or striper jigger either. She likes to cast and retrieve, and at times fly fish.

We did some long drifts and looked for bottom that dropped off and changed, and each pass was nothing. We found a ton of bait just before coming and we each landed one, but both were short, one by less than a half and inch. Catching doesn't always matter, but it does help to pass the sport along when they see what its all about and learn about this great sport. 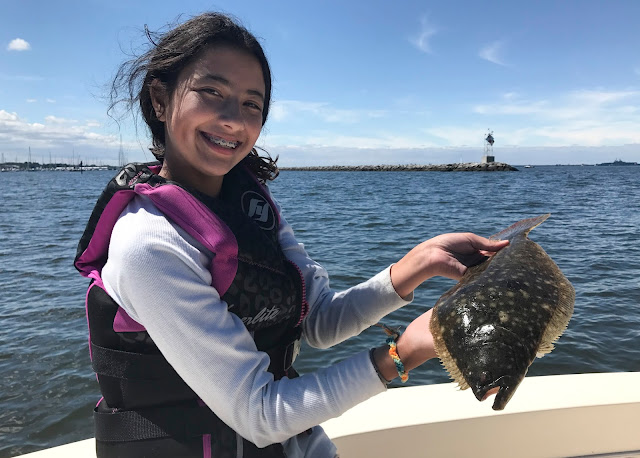 Erins also coming along nicely as first mate both on the water and back on land. She's eager to pitch in and help. I keep my boat spotless and mechanically tight. Teaching her such care of things will hopefully help her understand that not everything in this world is just disposable or replaceable, and that if this boat goes there probably won't be a new one replacing it. 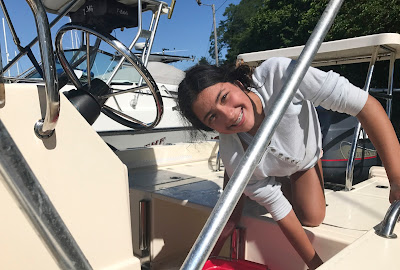 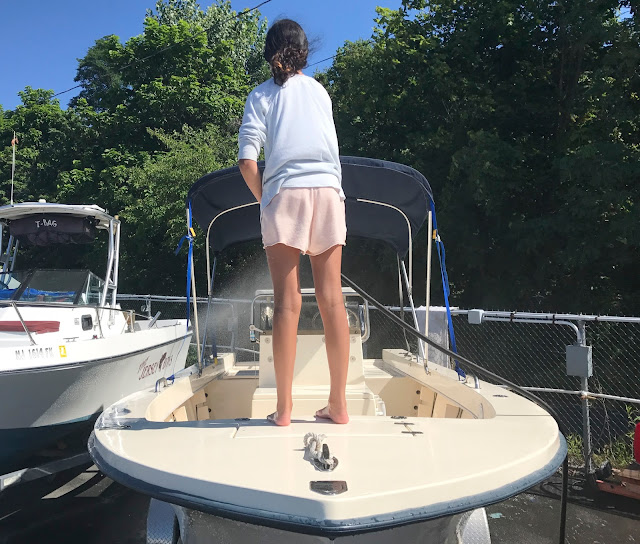 Posted by The Average Angler at 5:37 PM