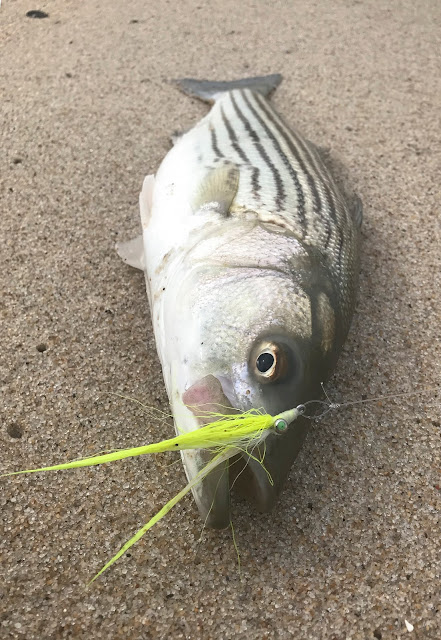 Last night I tried and put my striped bass obsession on hold. After seeing all the good fluke caught yesterday on a variety of flies I decided to switch it up and spend the rest of the summer targeting fluke using a mix of Clousers and crab flies. Didn't think drumming up a keeper this morning would be hard, but it was. 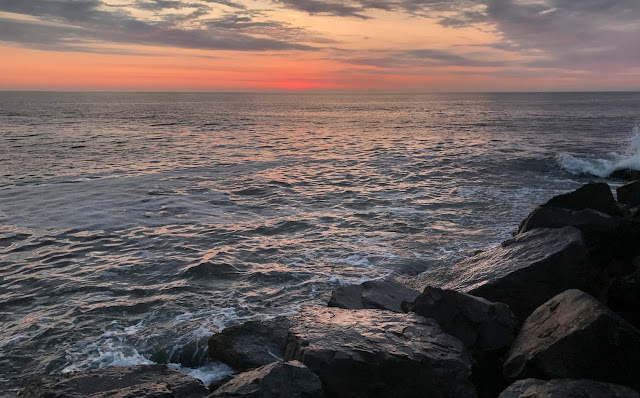 Since I wasn't looking for bass I decided to spare my wife and not get up and out at 345am. I slept in and got to the water at 5. It was still incoming and flat. Perfect popper conditions. So, since I was there I gave the popper a shot, just in case. Worked the beach and two sets of rocks without a swirl or a touch. I switched over to one of the Clousers I tied up last night and went to work. Slow, meticulous  trough covering work. 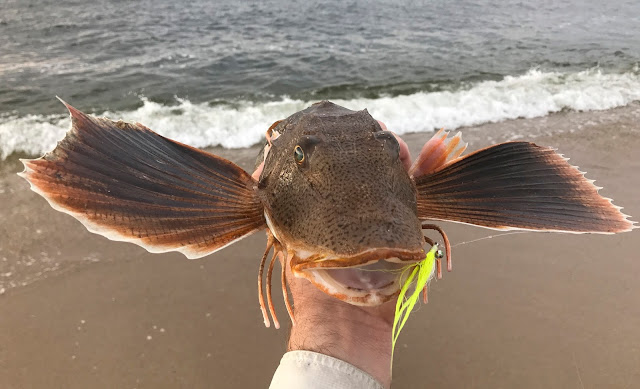 The coolest sight of the day was watching the above sea robin fully extended grab the fly as it came out of the trough. It ate and then turned. I was a good fight and, at least until that point, I wouldn't be skunked for the day. I went on to catch a sundial but the fluke were elusive. Nice conditions as the tide ebbed but I just couldn't locate them. 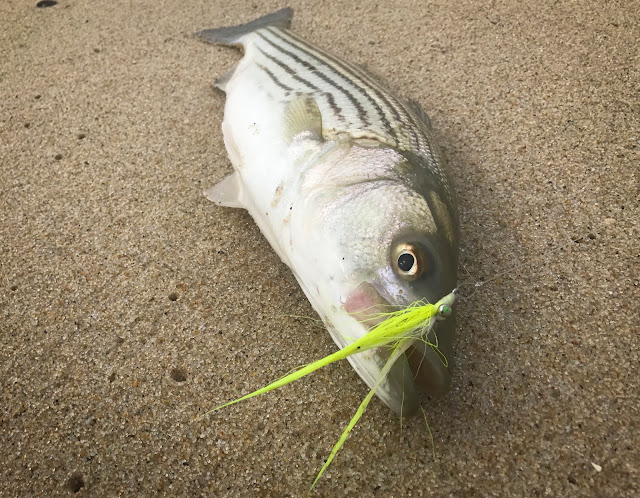 I jumped in my truck and did a spot change and after a few casts felt a good pull on the Clouser. It wasn't a fluke, or a stargazer, or a sea robin, It was a bass. Really? I released the fish and then went on a fly changing spree, going from the Clouser to Joe's Crab Fly to the Archer's Mole Crab and got no attention. I went back to the electric chartreuse over white Clouser and at 830 in the sun I got another striper. So now what? Back to bass? 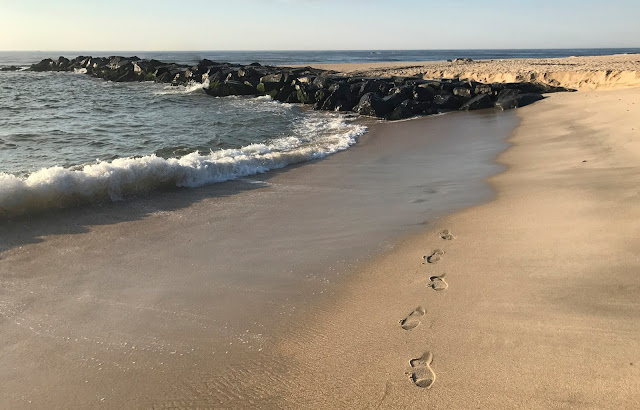 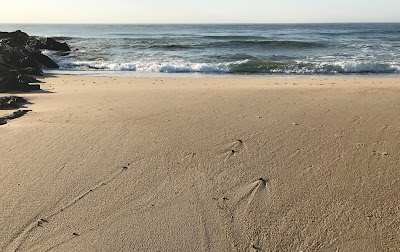 If you haven't been fishing the Jersey Shore then you are in for a visual treat. The south winds with the south east swells of last week really changed things up a bit. South sides of groins are shoaled up and the north sides have been hallowed out and pockets have formed. The drops off on the beach scarp are severe, with sections of the beach overhead behind you as you fishing in front of you. Sometimes that makes for difficult casting as your fly can pick up debris laying on the beach behind you. Soon enough things will be looking good and ready for the fall, when Jersey striper fishing is at its best. 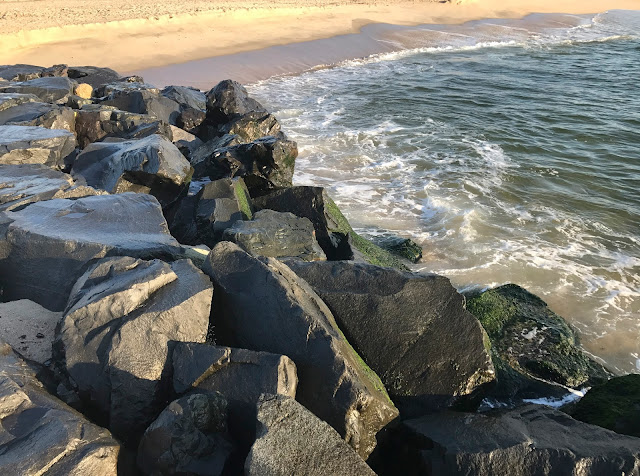 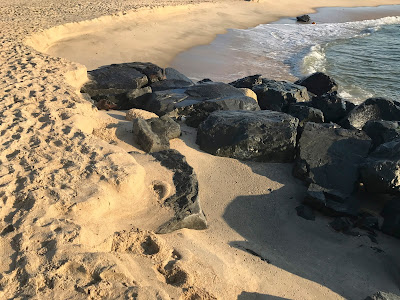 Posted by The Average Angler at 11:25 AM