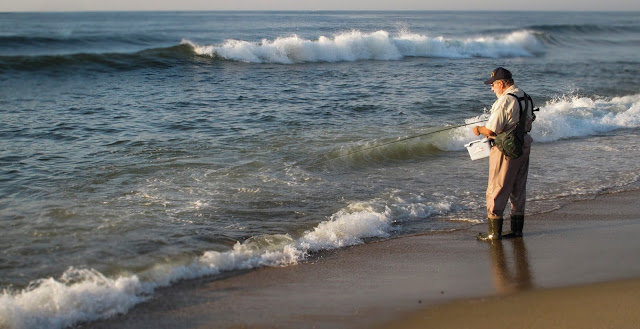 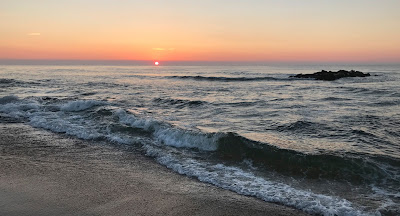 Started south and was in the water at 5am and did nothing until I left. Always nice to bump into Bill Massey and hear his stories, his insight, and his rants. He got a small bass and a bluefish before I had met up with him. The surprise thing of the day was watching the dolphins push bait over the bar and dam near onto the beach. Bunker? My buddy asked me if it was mullet? On guy thought it was herring. It looked longer and skinnier than short and fat when the left the water.

A few if us were standing there kind of joking about a guy in boots that went up just past his calfs. "Ha, ha, ha......oh wait he's got one on". Yep it was the below 36" bluefish caught just on the other side of the trough kind of in the direction of the bait.

I worked my way back to my truck and it was about 8 o'clock, time to go. But as I drove the sun turned to clouds and I knew the tide was really starting to ebb even though it was the day before the full moon tide. I figured with the cloud cover it was extended play on the beach. One note, if you fish inn the dark be careful as the groins change as the sand gets pulled back into the ocean...this would kinda hurt. 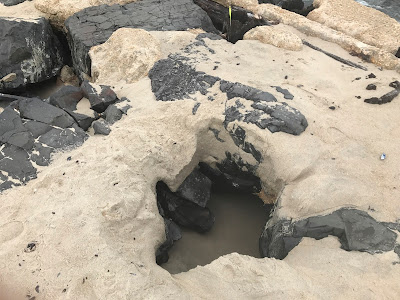 So I found a new spot and gave it a whirl. Worked hard for an hour without a tap. Then it came in bunches. A few taps and then a keeper fluke followed by a short fluke, and not by much. I pulled out my new handy-dandy portable freezer bag and put it to work. Just two things if you give this a try, 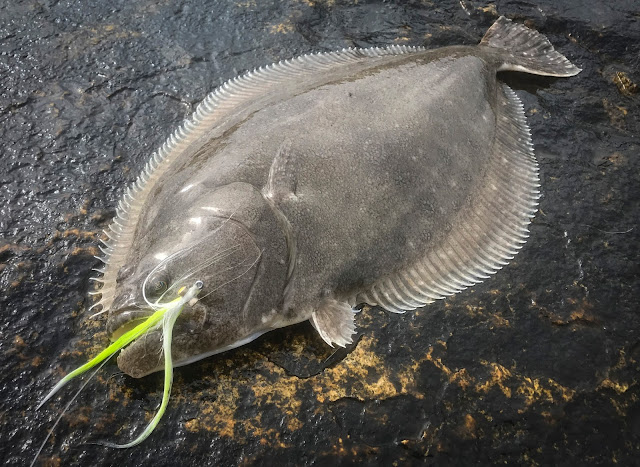 flipping fish in a bag will cause the bag to move off the rock and off the groin and into the water, and when you throw it up on the beach, make sure the waves can't touch it. I had both happen to me today 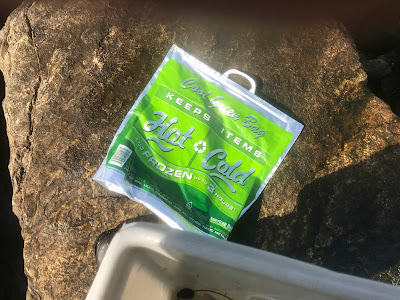 Then it was time for the bass. One good pull and then the below fish hit near the rocks where I was hoping for another keeper fluke. It was about 945 and the sun started to show again and I worked my way back up the beach. It was the ebb tide and I knew I could stand over the trough and almost high stick it if I wanted to......then the wave came. Total knockdown, water and rocks up and in every crack and crevasse I have. Phone wet, but protected. Soaked. Waders full of rocks and water. But 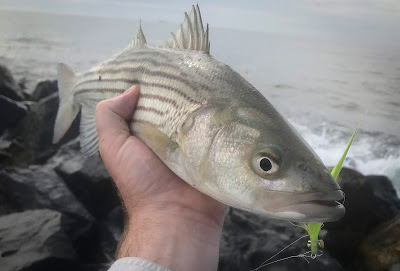 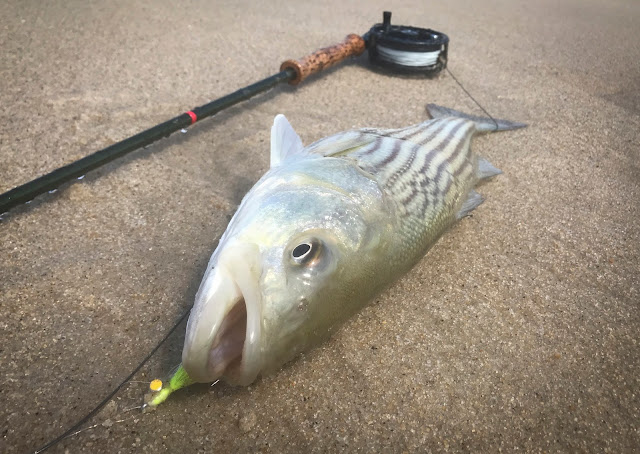 Posted by The Average Angler at 9:36 PM