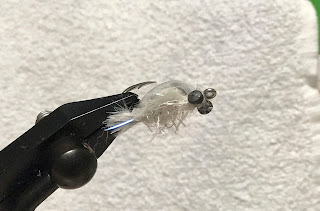 Pulled the overnight shift last night and took some time during break to tie up some "AMC"'s. Below is just some of the materials used to tie these up. I made a stop at the arts and crafts store and found the foam for the shell in gray, which helps me eliminate having to use a gray marker and color the shell. I tied up four, but don't like as much as the original batch. On these I made the foam shell to small and tight. I guess there's a process of tying 1000 flies on a new pattern before you get it right. 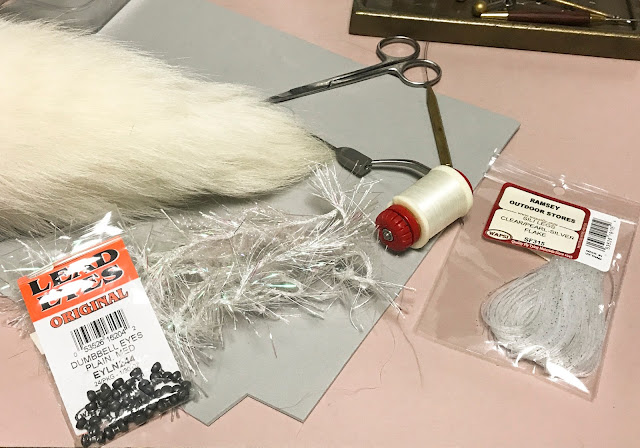 After clocking out I ran to the beach getting there about 730. No one walking on the beach, people, and no one swimming in the water, fish. I threw it all at them Banger's, Jiggy's, AMC's, Clouser's, and not a touch. Not only did I switch flies a bunch, but also lines, going from the sinking to intermediate, back to sinking. If you have a lid on, throw it down and put your reel in it when you change lines, it keeps the sand from getting in and grinding your reel. Worked a ebb flood trough for blocks upon blocks and couldn't see or feel a fish, at least not one big enough to eat another. 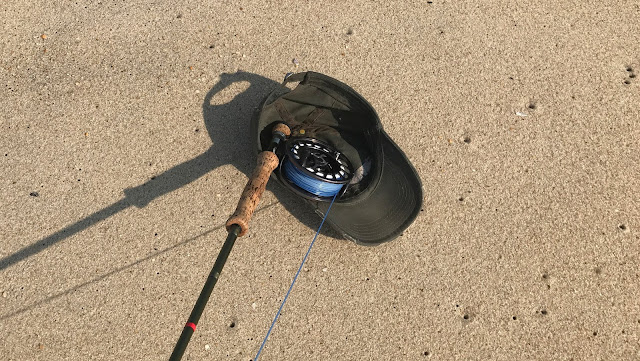 One good thing to see is the snapper blues, although tiny, are around and in force and followed every fly retrieve in. These are fluke candy, and any bass around should find them tasty as well. Thinking back Snake Fly in the wee hours in the morning, we'll see.


Posted by The Average Angler at 5:18 PM