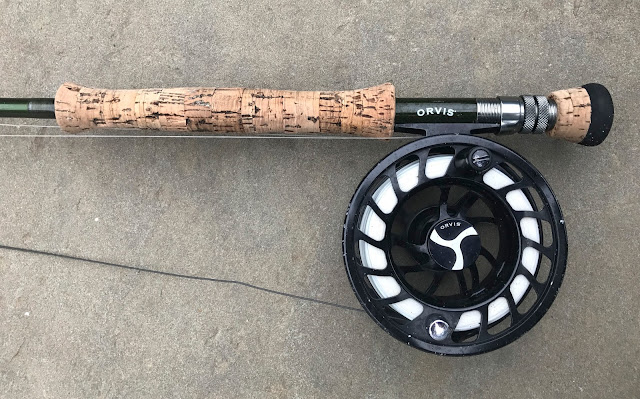 Didn't fish this morning as I was tending to my mom who took a nasty spill. When I got to the scene it looked like she had been shot in the back of the head and the cops were guarding a homicide 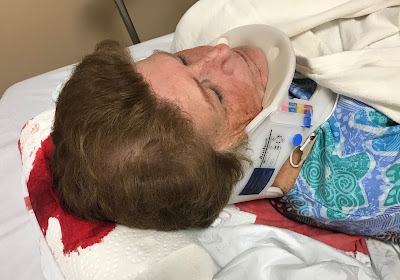 scene. My Mom's cool. She's the best. We're buds. I had invited her over for a burger and beer but I had no beer and was in the mood for a Smithwick's. Always a good soldier she stopped, picked up a six-pack, paid, and left the store and POW! Down she went. We spent the night at the Monmouth Medical ER. Kudos to Russ the nurse and the doc who helped and stitched her up. I'll be out tomorrow.

So today while keeping an eye on her I went over my gear. This entire year I have been fishing an Orvis Clearwater 9 foot 10 weight. It's their mid-level rod that goes for $225, you can see it HERE. Now with the "cheaper" rods the way they get the price down is by, well giving you less quality. Not bad quality, just less quality. The cork, the guides, the wrap, all in a different league than the Recon or Helios series.

One of the first things I noticed that goes is the cork. While the Helios rods have tight corks, the Clearwater rods corks come new and appear to be solid, however they re not. In no time the filling starts to come out and it tends to look like corn-on-the-cob that's been picked through. Once that goes, then the strength of the cork goes and the first few rings will eventually weaken and split. 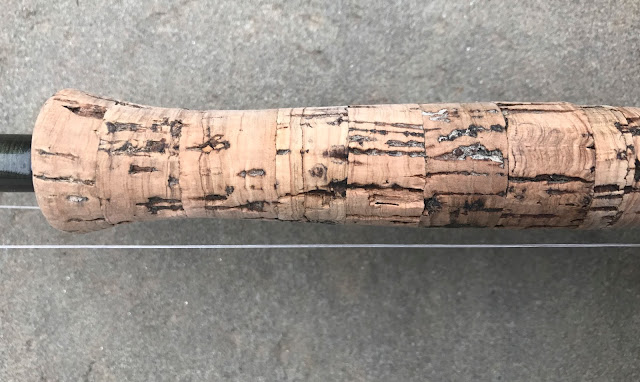 I have sent a Clearwater back to get the a new cork put on, but now Orvis is sticking to their $30 repair ticket when you send a rod back. So, I decided I'd try my own repair. I found some JB Weld at The Home Depot and gave it a go. I filled in all the cork, well overfilled, and let it dry for the most part ( I could have waited longer). 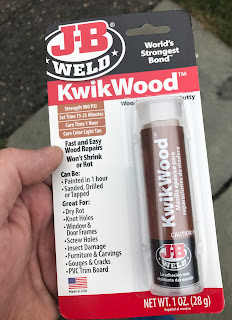 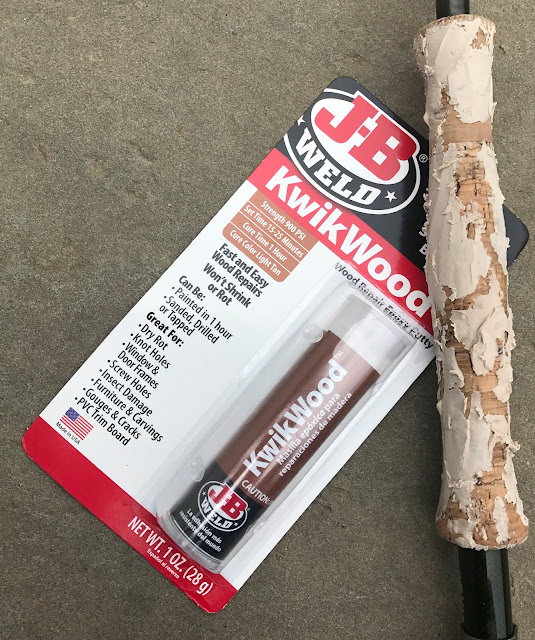 It was tough sanding the stuff out and not all of the filler stuck, but it did appear to in the biggest voids. While it ain't pretty, it's functional, or it looks that way. We'll see what the saltwater does to it. In the end it might just be worth the $30 to Orvis. 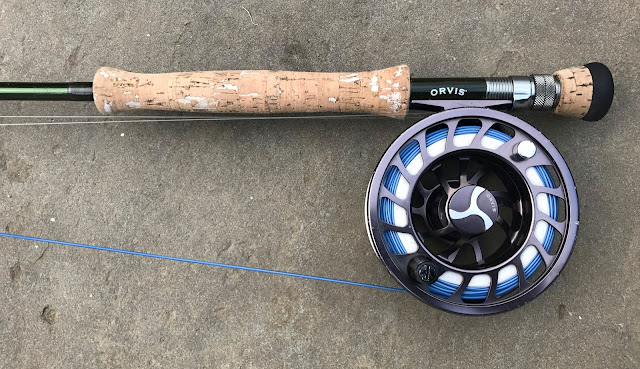 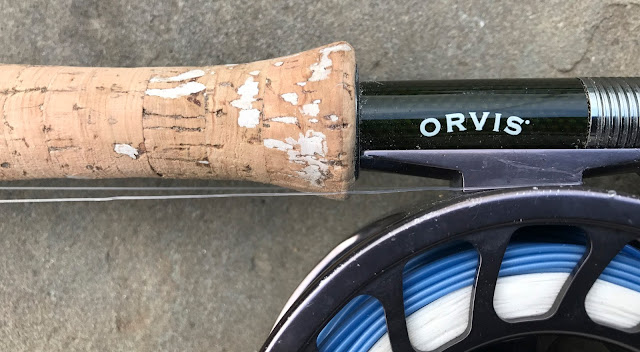 Posted by The Average Angler at 9:49 PM