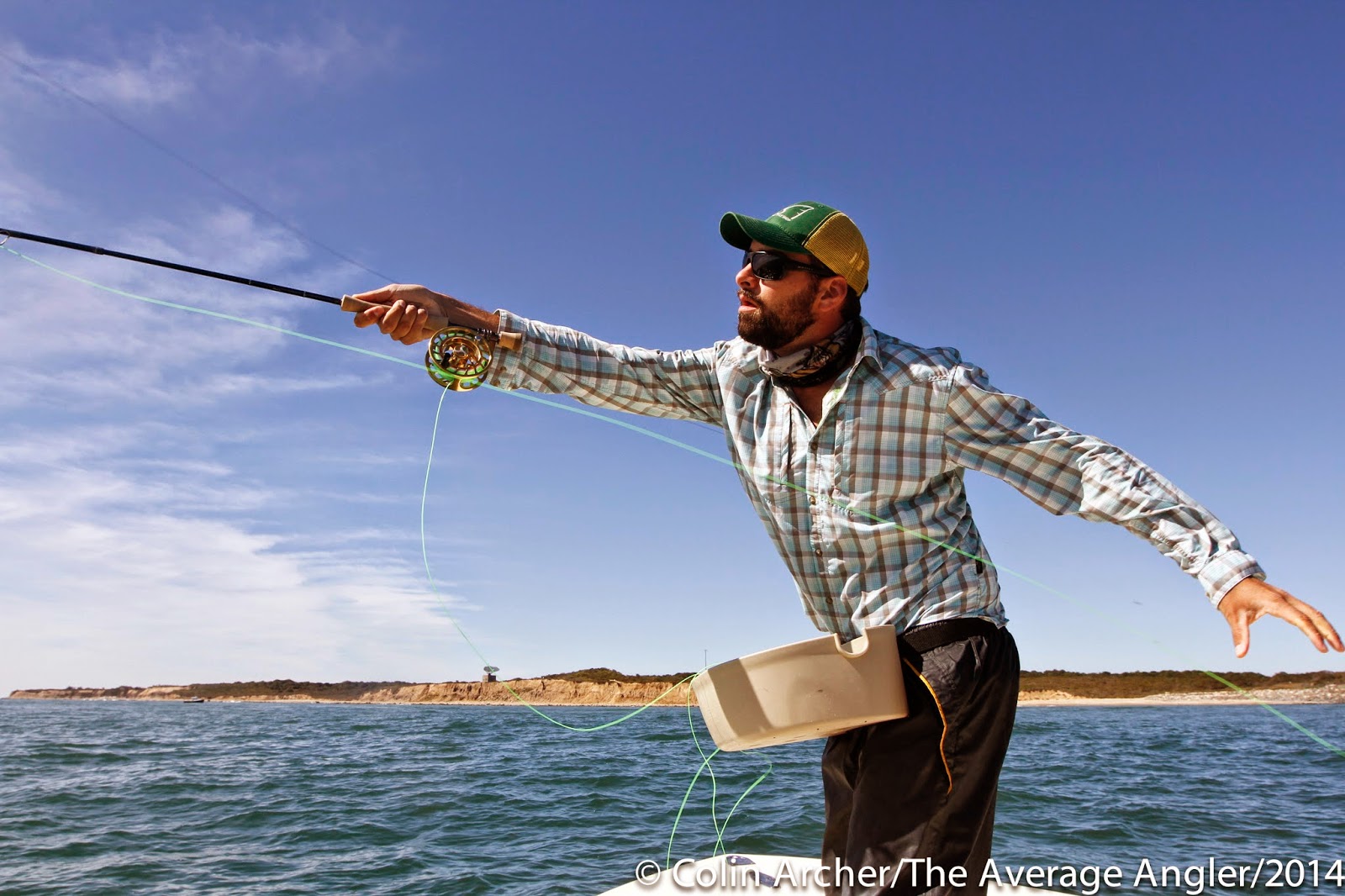 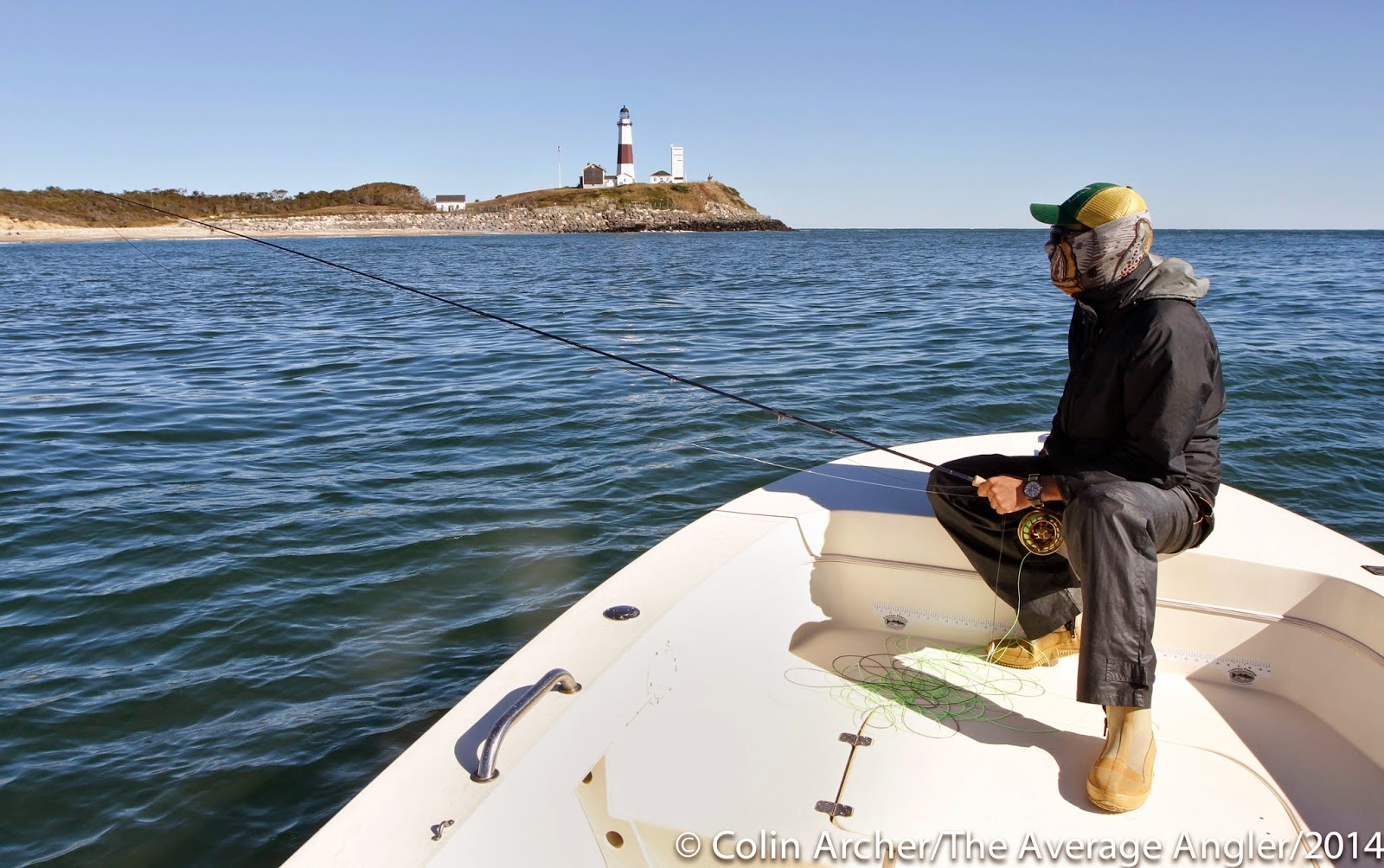 Ran two half day shifts the first with Phil and Joe (Joe who remained fishless and pictureless due to some bad mojo) out for the morning. Super nice but slow morning with lots of trips back and forth in front of the Lighthouse. After lunch, well we got hungry and the fish did too, things picked up and we had some decent shots at albies up on bait. This was Phil's first time to Montauk and he went tight and landed his first albie. He can now cross that off of his bucket list. Joe, well, Joe worked like a dog and had some decent shots but couldn't get them to eat or get tight. He stayed true to the fly rod and after a shift change early in the afternoon he went out around the Lighthouse in his kayak, with no luck.... 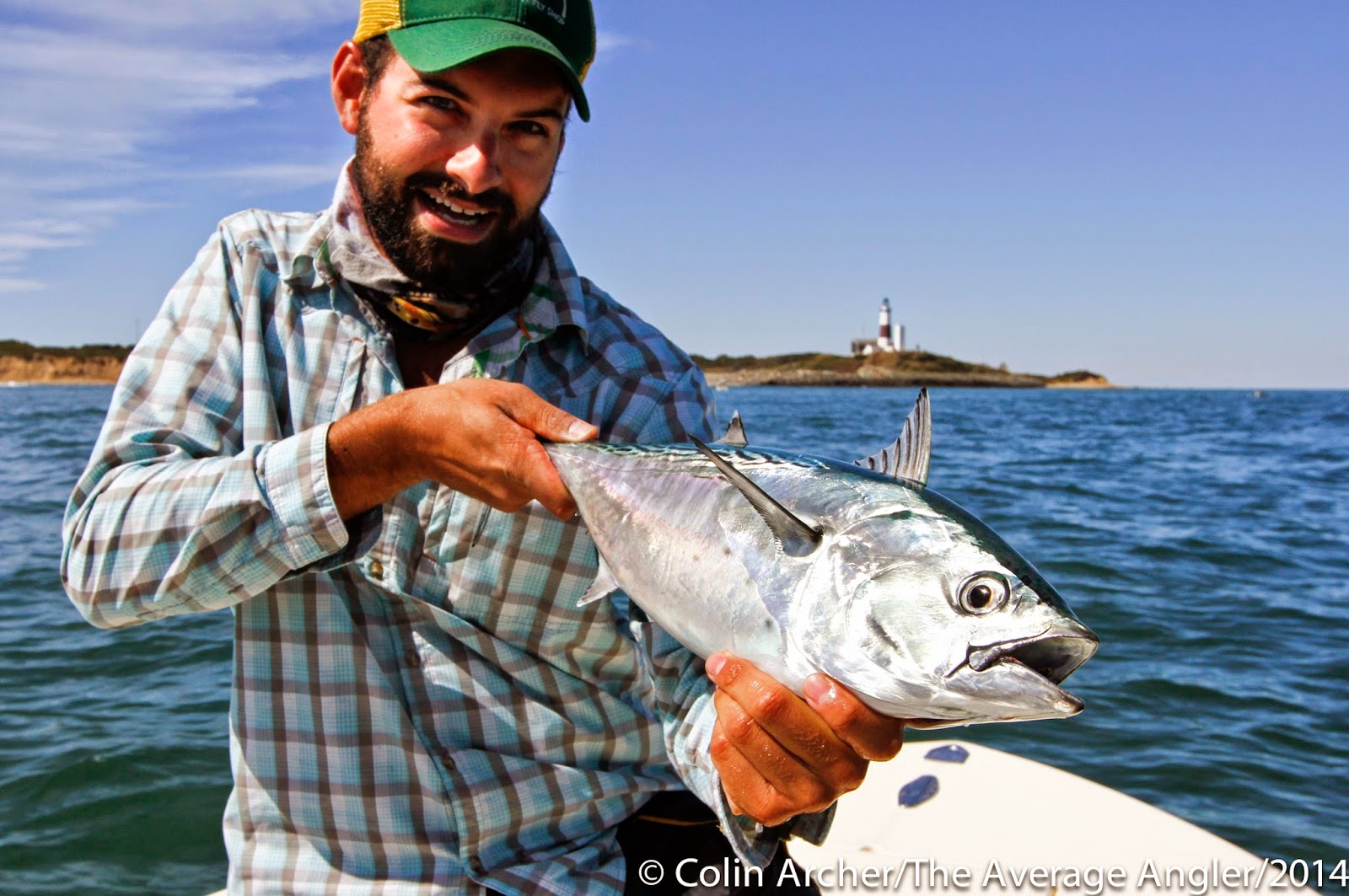 For the afternoon shift it was Ian and Andrew back in to fish and Phil manning the video camera....both guys went tight and got bit off by bluefish early on. Then, it just got tough for us. A few follows, a few eats, one unbuttoned, one size 4 hook straightened out, and lots of albie fever frustration. We did see several boats hook up and bring the albies over the rail which only added to our frustration. We were back in at 630 and I have to say I was a little beat after 10 hours out there.

Tomorrow, and the next few days are looking like a blowout so I might be home on the sand sooner than later. 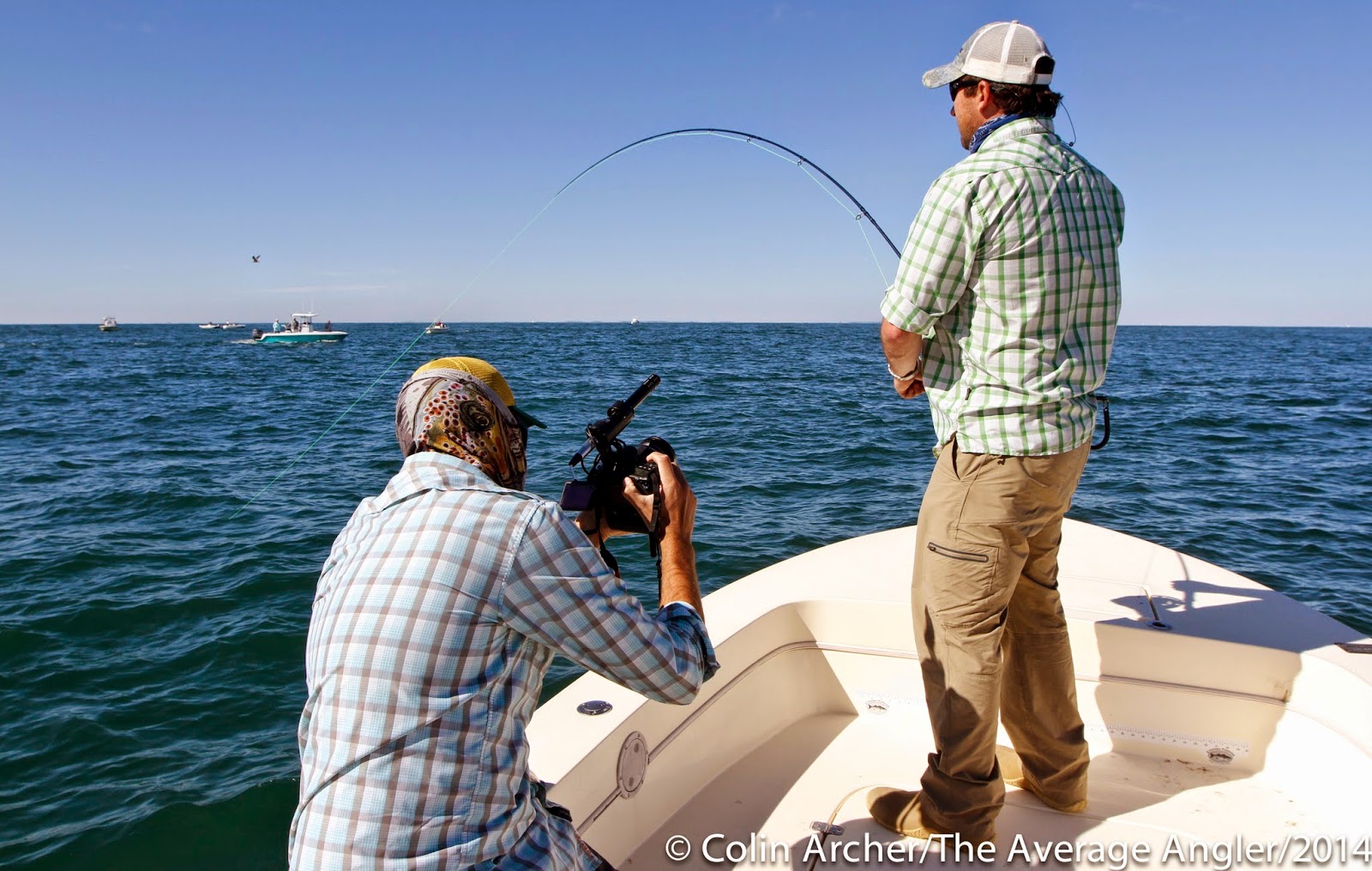 Posted by The Average Angler at 9:45 PM