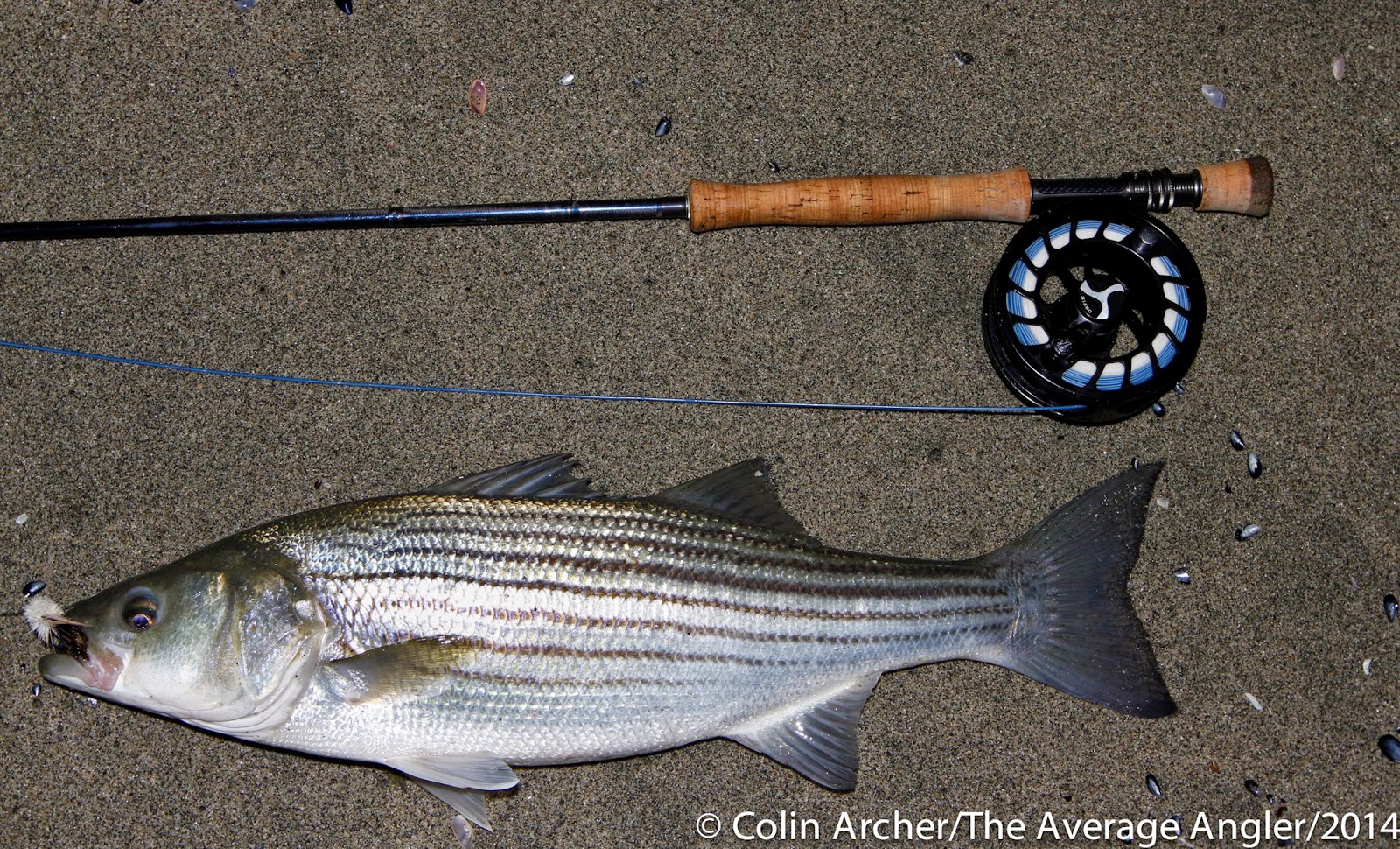 ......no really I did. I went to bed wondering where I would fish this morning. Knowing bait is around, thicker on some days than the other, and bigger fish are here and gone, I wondered where my best bet might be. Rather than stay in my comfort zone......I made the trek to a different beach that I always enjoy fishing in the fall.
I got out around 430, with the outgoing tide pull really starting to kick in. There was some light from the moon but first light was still a ways off. Looking at the water I knew my "dream" fish was there.

And on my third cast I was tight.

Initially I thought this fish was big, as it took the Snake Fly off the crest of a wave breaking at the bar. I saw it all, and it was cool. As light arrived rainbait was spraying out of the water being chased by small blues. They pretty much stripped the ostrich plume from my fly and when the sun came up the water appeared flat and lifeless. It was a nice sendoff outing, the last before I head to Montauk around 3am tomorrow. 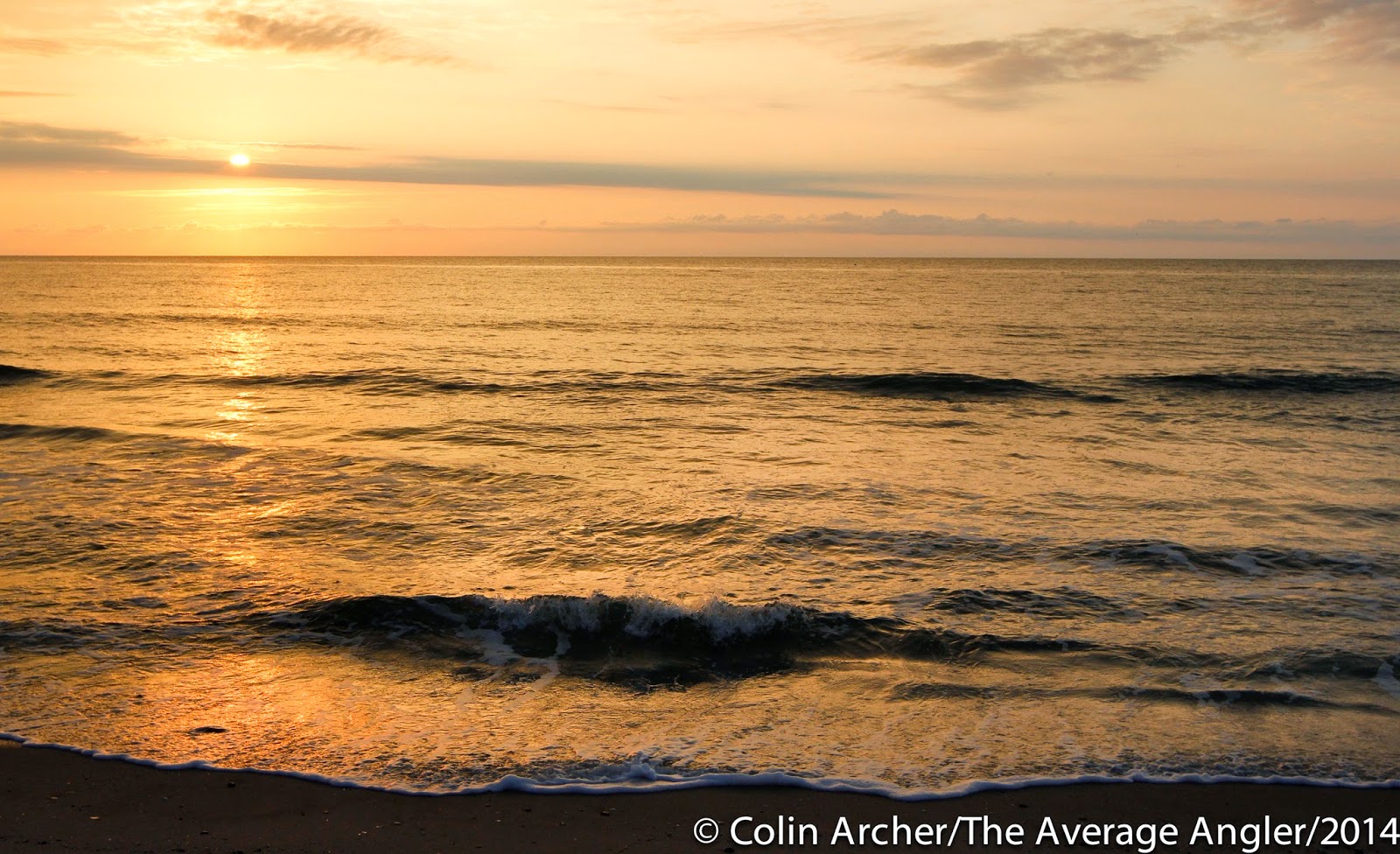 Last night I found the bins that held all of my fly tying stuff and I sat down in front of the vice with a
glass of Malbec and the final Grateful Dead show from July 9, 1995 in Soldier Field in Chicago. I tied up a few variations of some albie bait so we'll see what they like when I get out there. 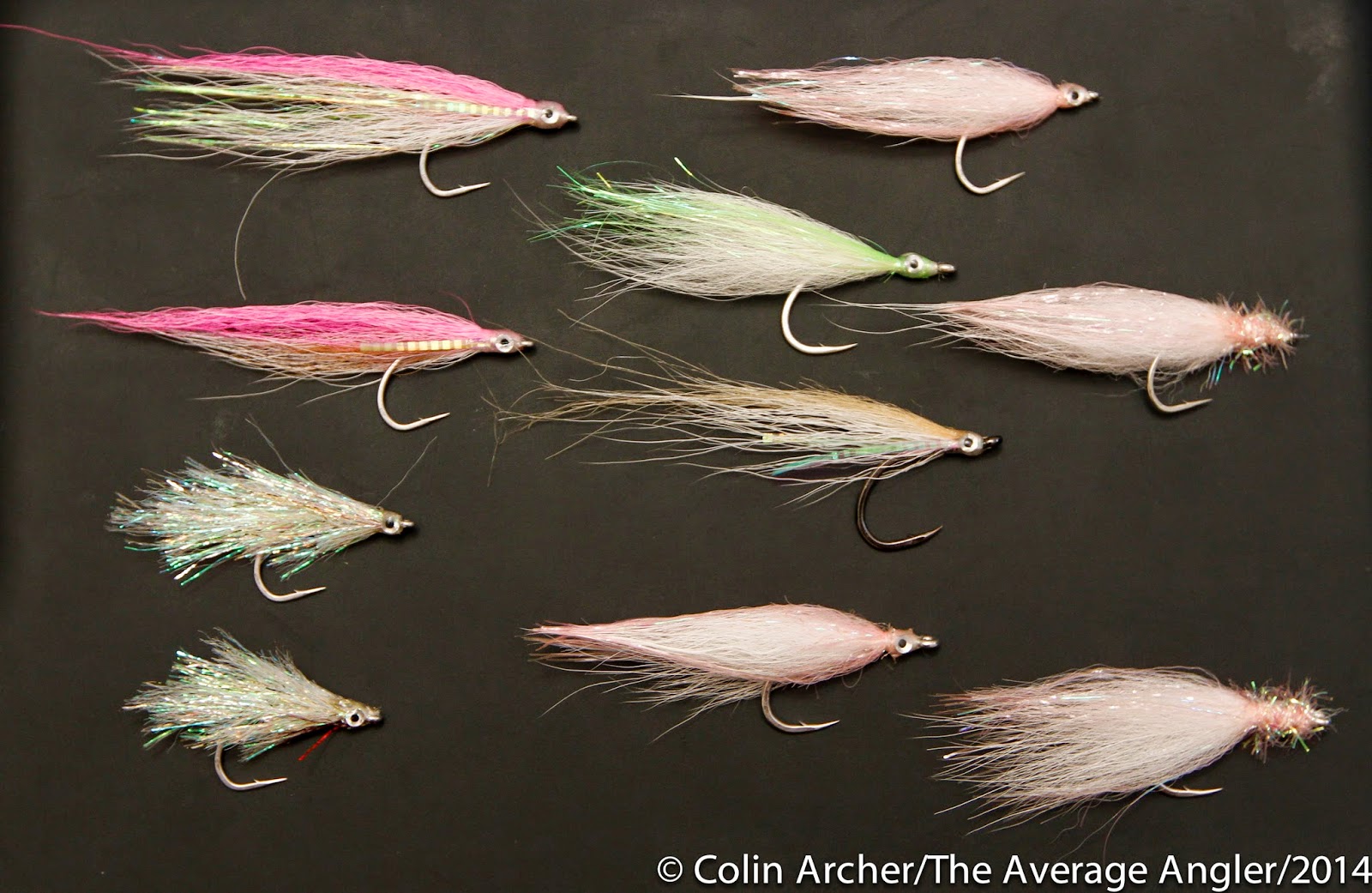 Posted by The Average Angler at 7:36 AM