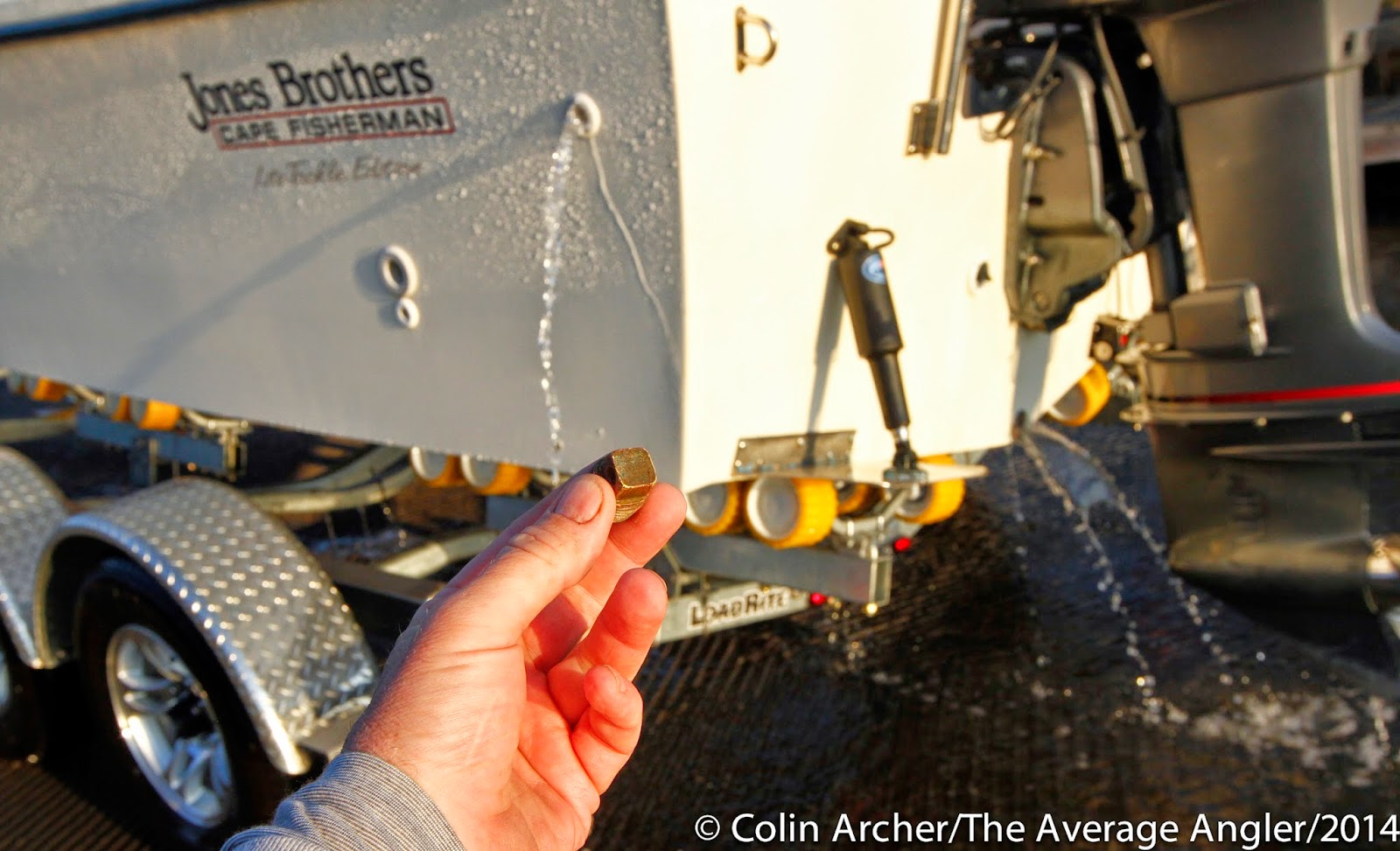 Some people tell me that I should just keep things to myself. Better left unsaid. I can't do that. I have to tell the good and the bad, always the bad when it pertains to me.

So I wanted to get out in front of the Montauk Lighthouse by first light. Jersey albies seem to go off in the morning so I figured lets see how these fish work here. Besides, I always love first light and I thought I could make some nice images even if the fish weren't up yet. 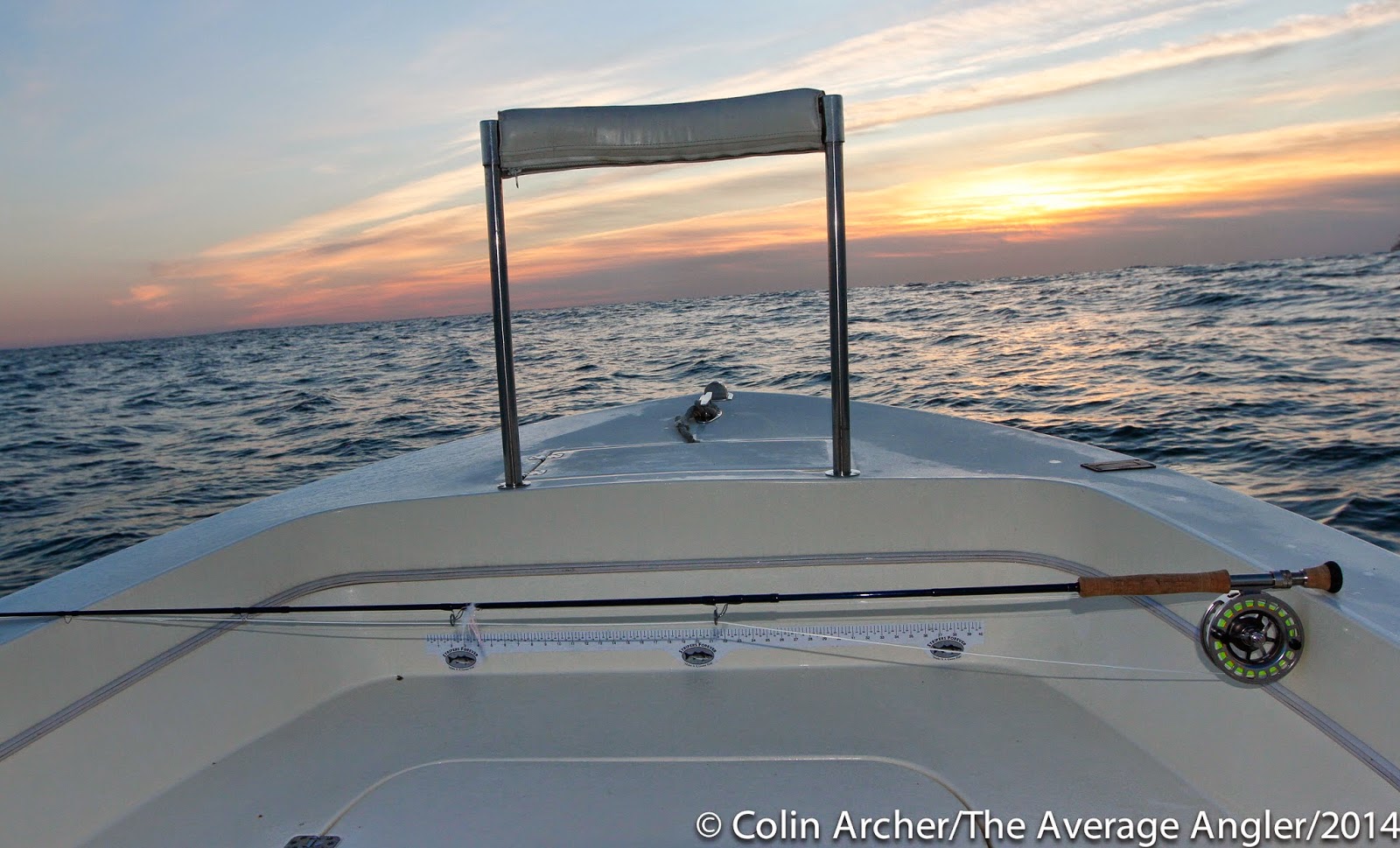 We had the boat wet before 530 and were on in front of the Point shortly thereafter. Since nothing was up on top we started to fish using heavy sinking lines, and yes, a drail, swimming big flies hopefully down to the bass on the bottom, which didn't last very long.

At one point I looked over and saw I hadn't put the bildge pump on so I did. Then I heard the water, then I saw the water in the boat, then I said to Charlie... "I forgot the plug......", then my heart sank. 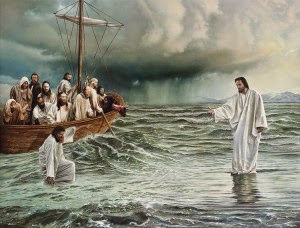 I have to say, recently I read a story in the bible. It's from Matthew 14:22. In the story the apostles are in a boat and they are all jammed up and are terrified they are going to drown. It's the story of Jesus walking on water......now I didn't think I was a goner, but thinking how that passage came after recently reading it made me laugh, even in a time of slight panic.

Jesus Walks on the Water
22 Immediately Jesus made the disciples get into the boat and go on ahead of him to the other side, while he dismissed the crowd. 23 After he had dismissed them, he went up on a mountainside by himself to pray. Later that night, he was there alone, 24 and the boat was already a considerable distance from land, buffeted by the waves because the wind was against it.25 Shortly before dawn Jesus went out to them, walking on the lake. 26 When the disciples saw him walking on the lake, they were terrified. “It’s a ghost,” they said, and cried out in fear.27 But Jesus immediately said to them: “Take courage! It is I. Don’t be afraid.”28 “Lord, if it’s you,” Peter replied, “tell me to come to you on the water.”
Then Peter got down out of the boat, walked on the water and came toward Jesus. 30 But when he saw the wind, he was afraid and, beginning to sink, cried out, “Lord, save me!”

29 “Come,” he said.31 Immediately Jesus reached out his hand and caught him. “You of little faith,” he said, “why did you doubt?”32 And when they climbed into the boat, the wind died down. 33 Then those who were in the boat worshiped him, saying, “Truly you are the Son of God.” 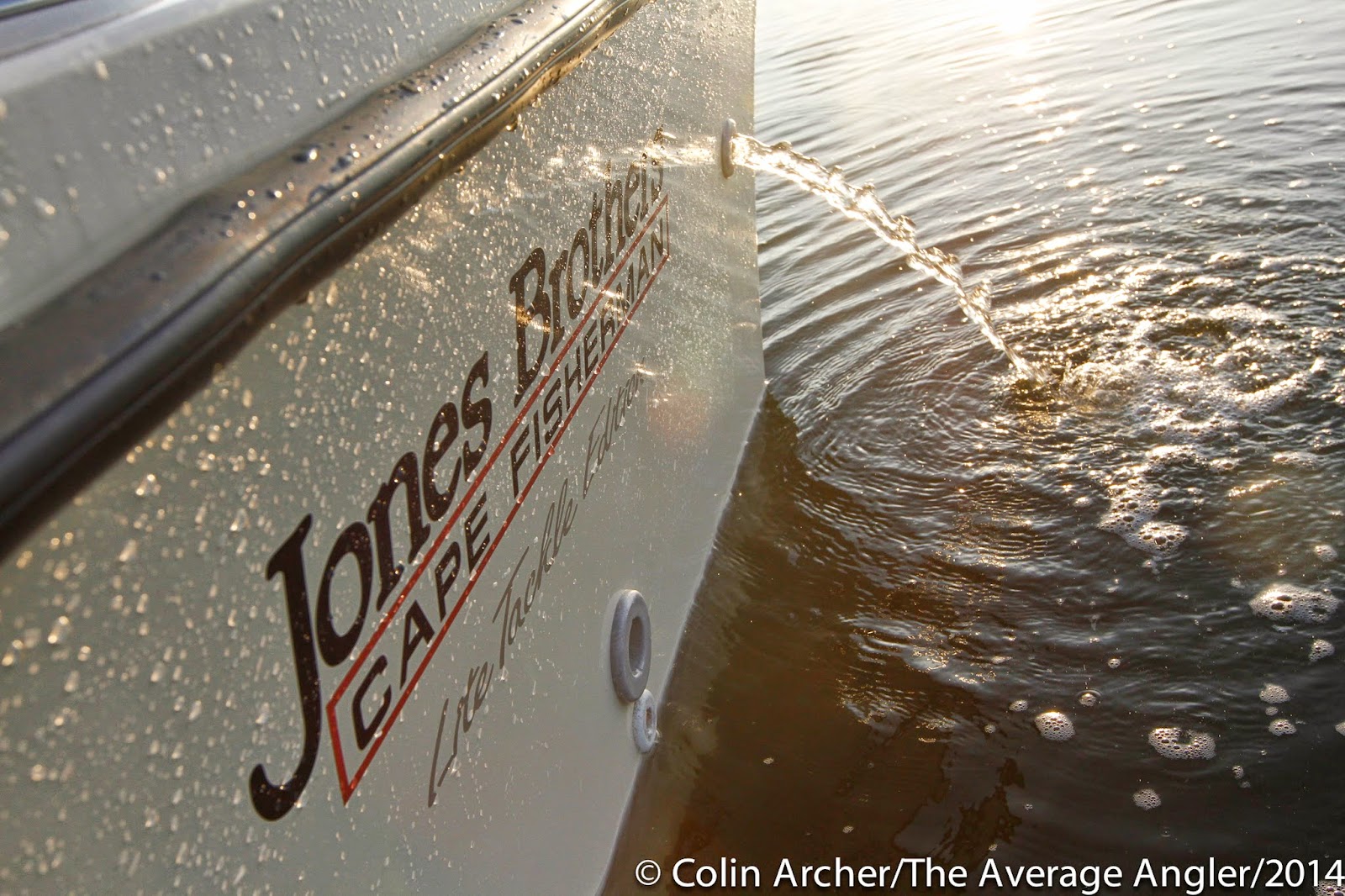 Luckily the boat started and we motored back to the ramp and put the boat on the trailer and let it drain, and drain, and drain. There must have been 2,000 gallons of water in the hull. In my hast before we launched I forgot to check that the plug was in, hopefully that won't happen again. And boy did I thank God when that boat was back on the trailer. That wasn't the first disaster I avoided. After checking in at Snug I checked to make sure the boat would fit under the overhang at the check-in office.

It fit no problem. Then I put 3 fly rods in the boat standing up.....and for some reason I looked my boat over before traveling underneath, I thats when I saw the rods. If I return another rod to Orvis they are going to kick me out of the ELOG program for good for sure. If I had proceeded forward two Orvis H2's and a Sage One.......valued somewhere around $2,500 would have snapped.....ouch. 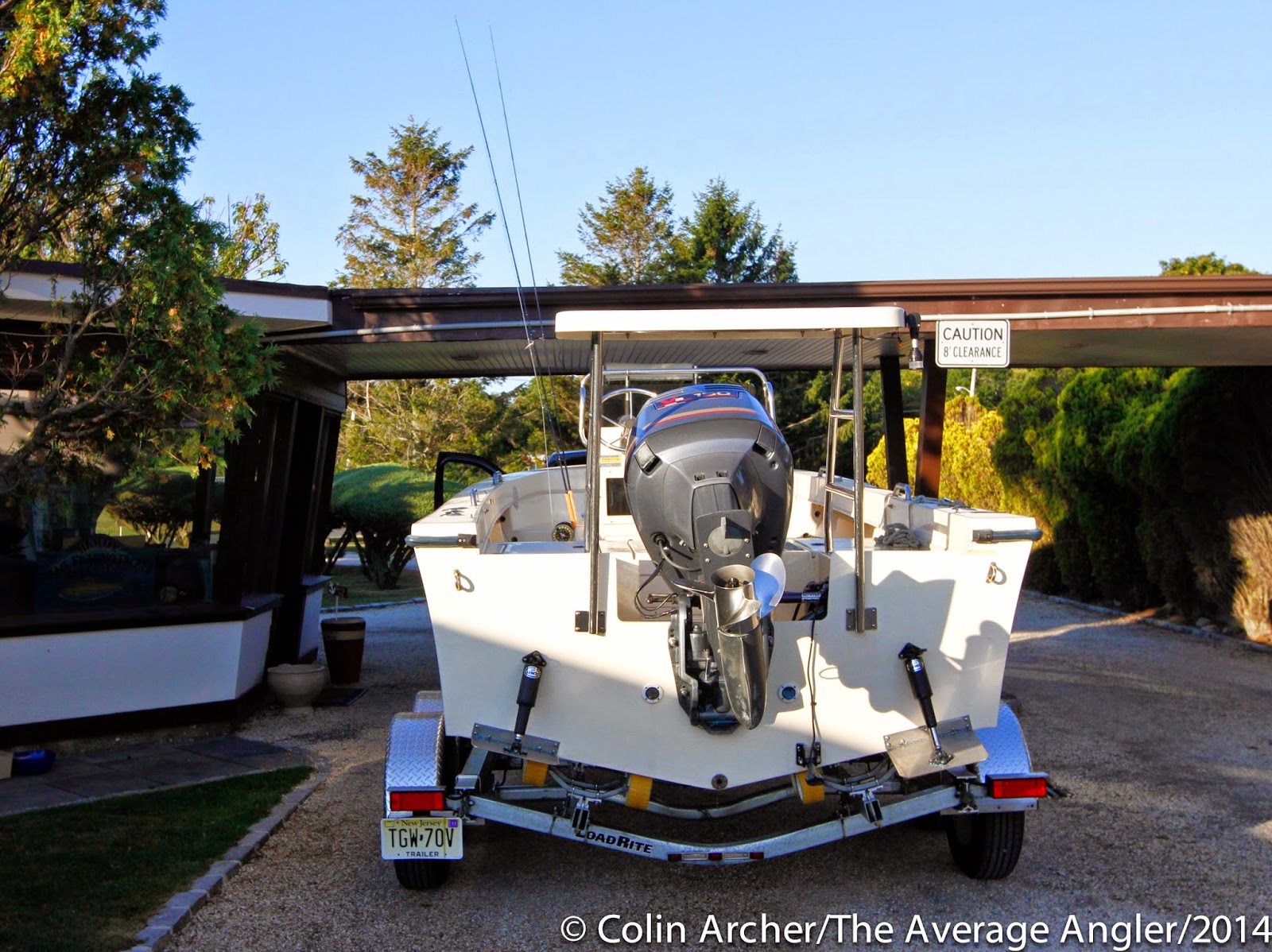 We were back out by 8 and found albies scattered all over the place with one and done risers. It didn't pay to motor around so we just set up and drifted and waited for the fish to show in our neighborhood. We landed a few before noon and had lunch waiting to the tide to flip. And when it did.. 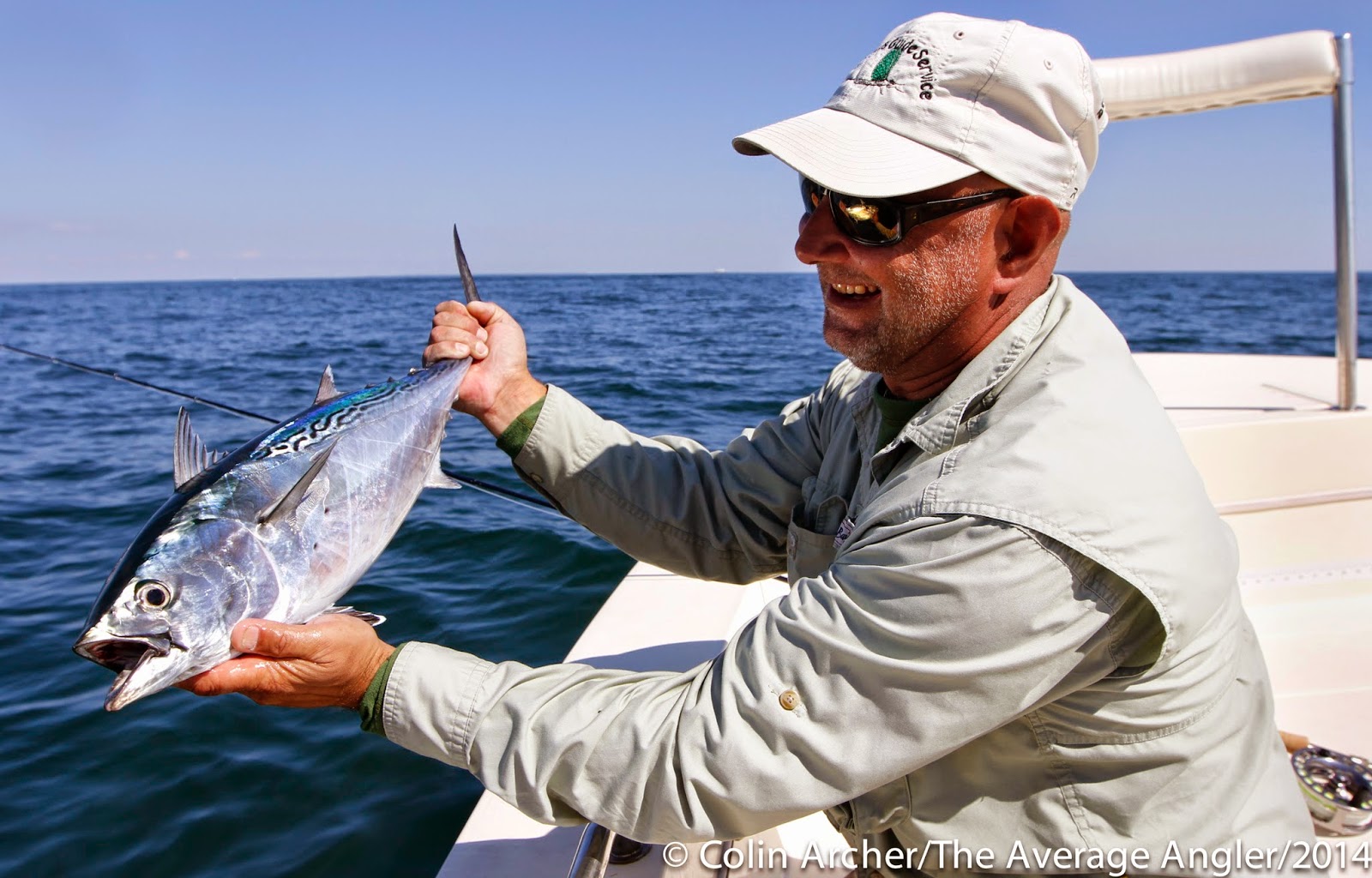 ..... it really got good. It picked up where we had been all morning and then, well, like they say, 'It went off", really good. It was albie action all afternoon into the evening. I don't care about numbers, but we lost count, and are pretty beat up from the day.
Below is a video of a part of todays fishing..... 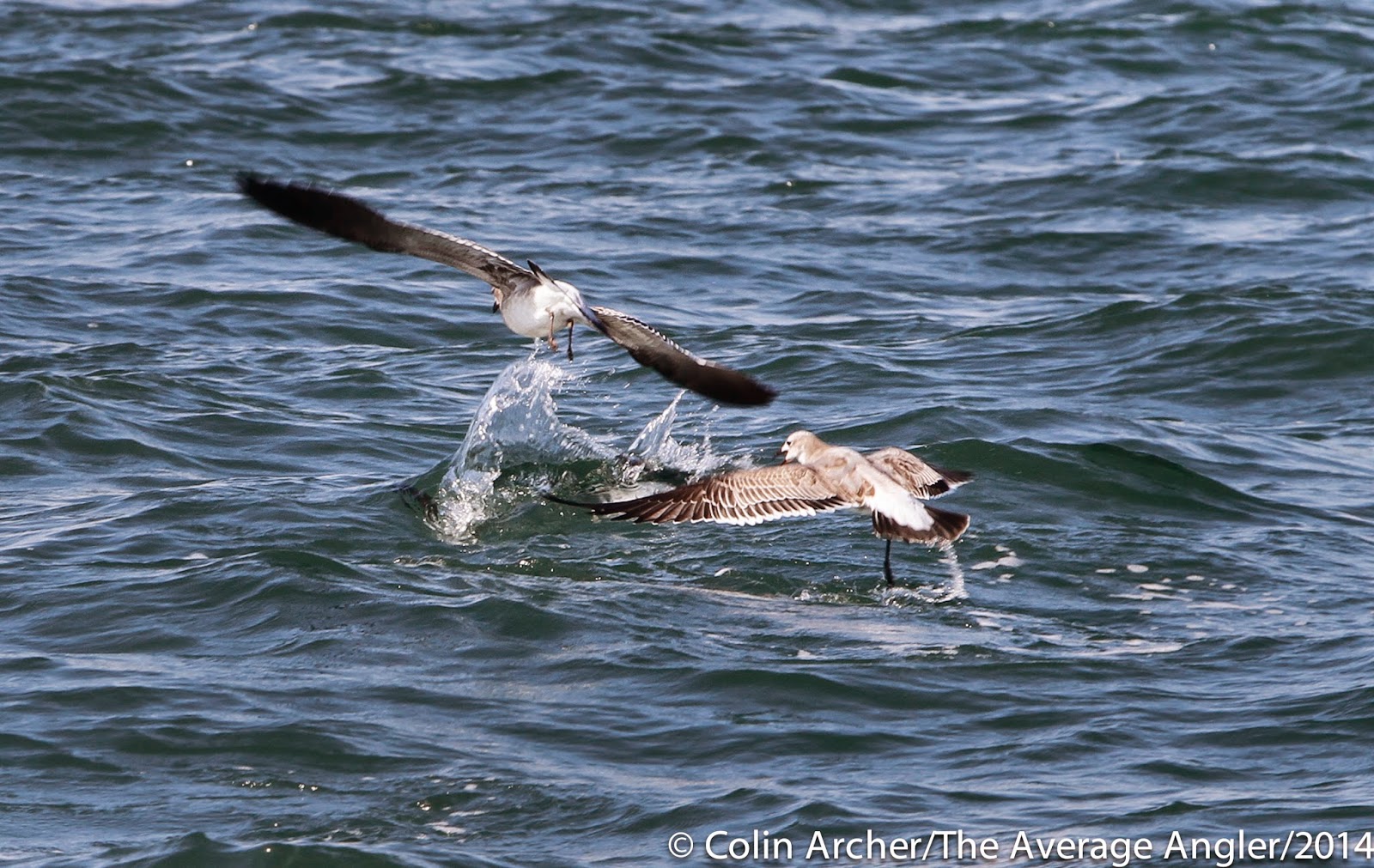 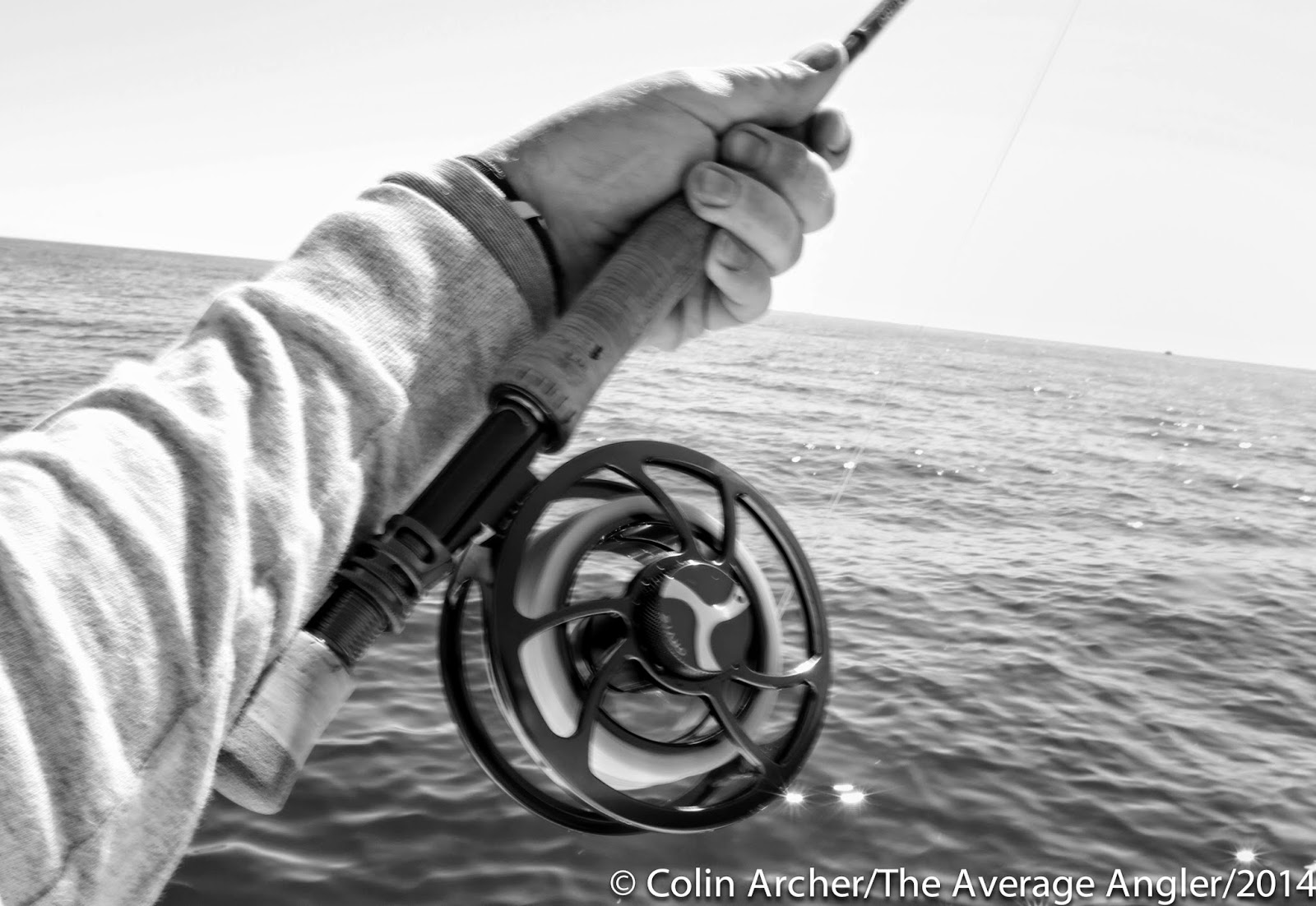 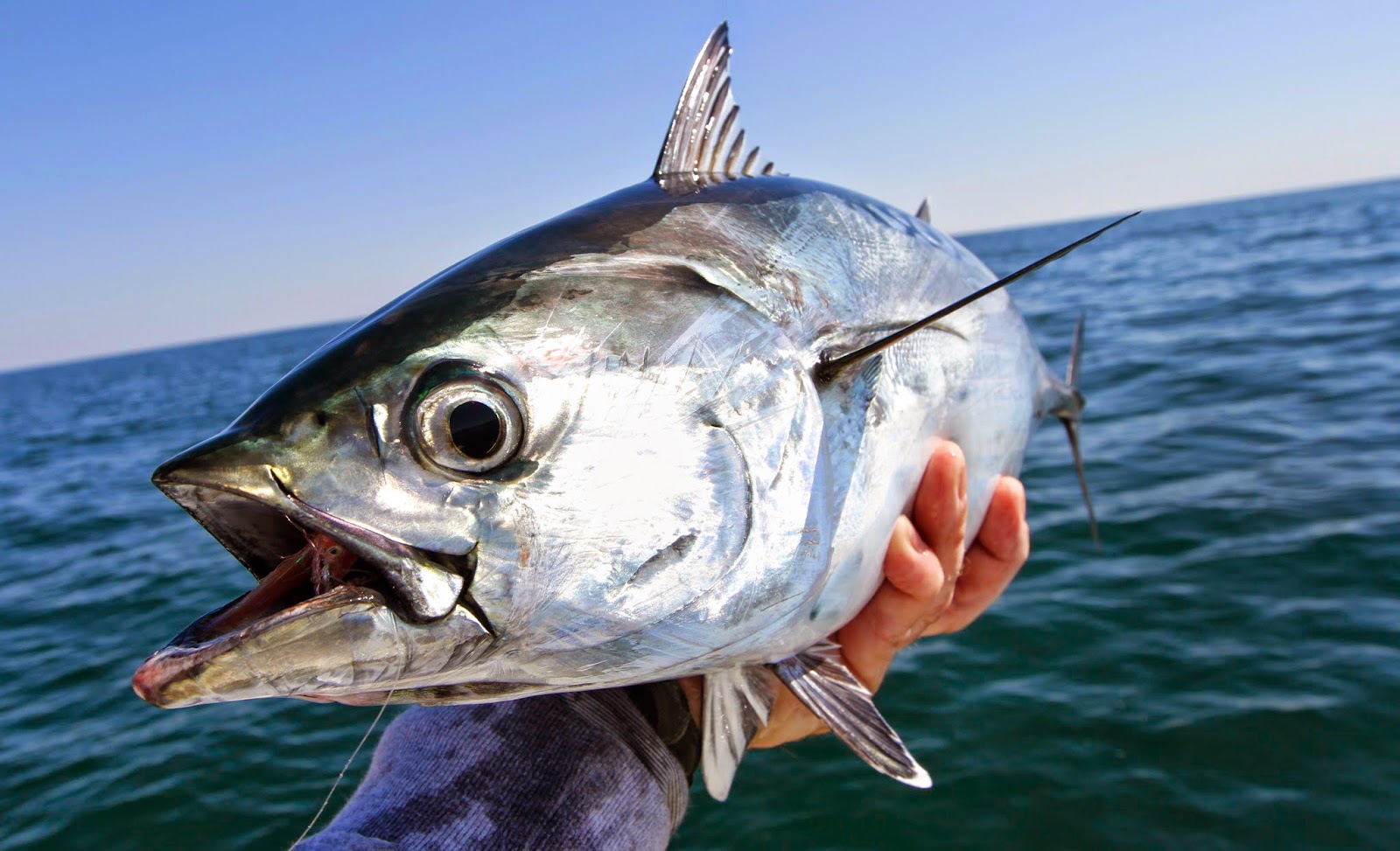 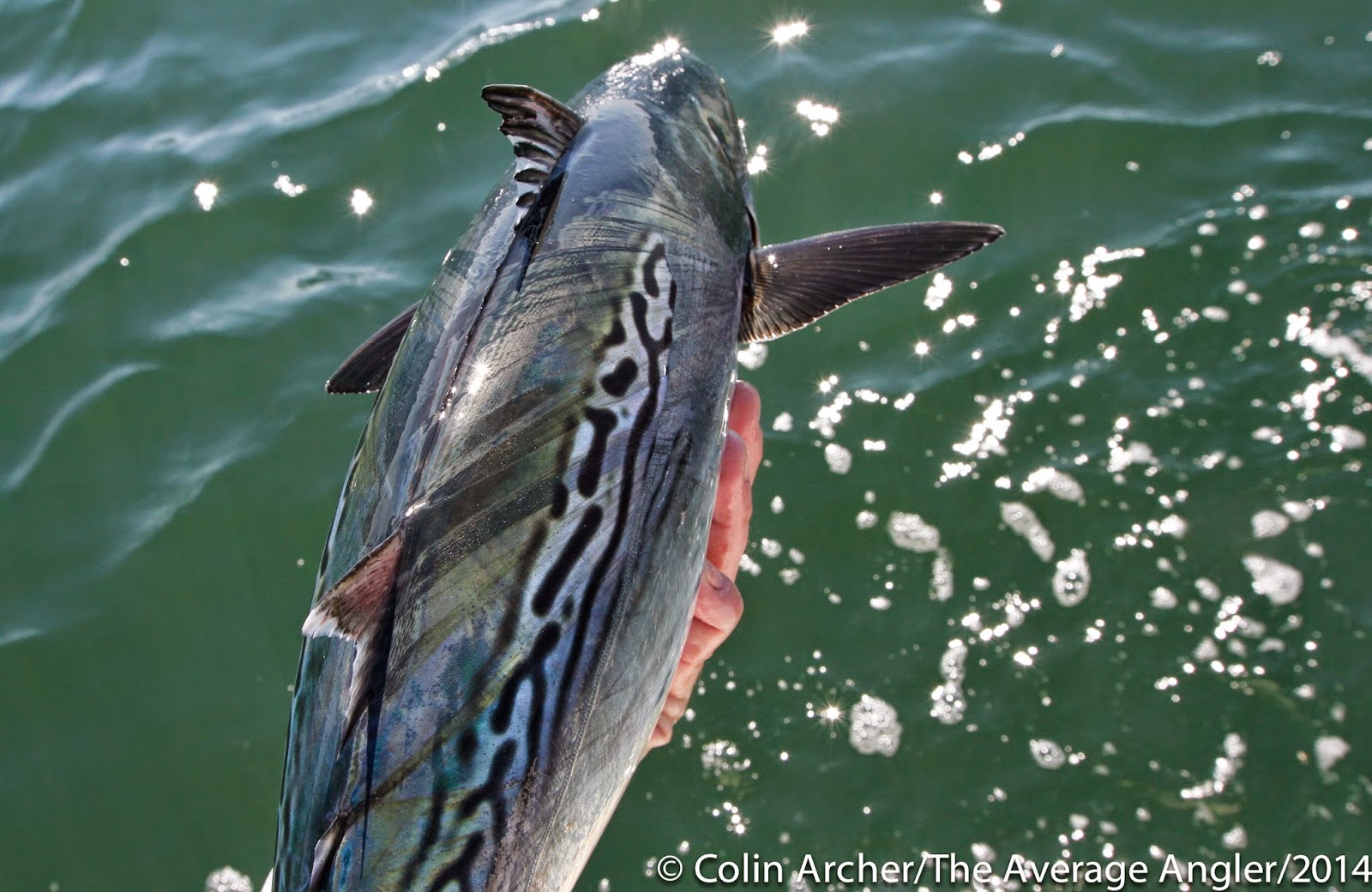 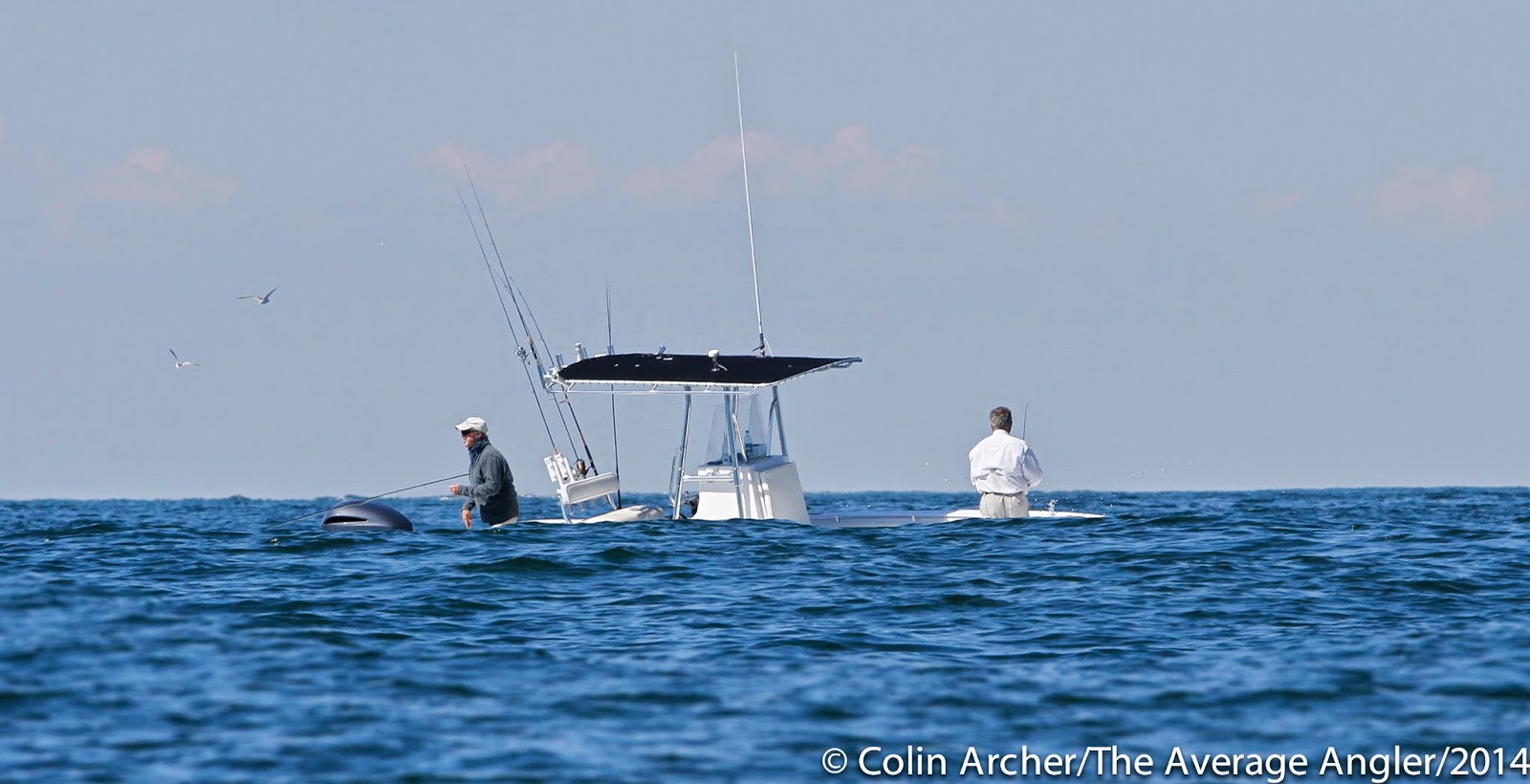 Tomorrow is looking a little sketchy weatherwise as Hurrican Edourado is making his way up the East Coast....we shall see in the morning how that goes and if I get out.

Some images from the South Side.... 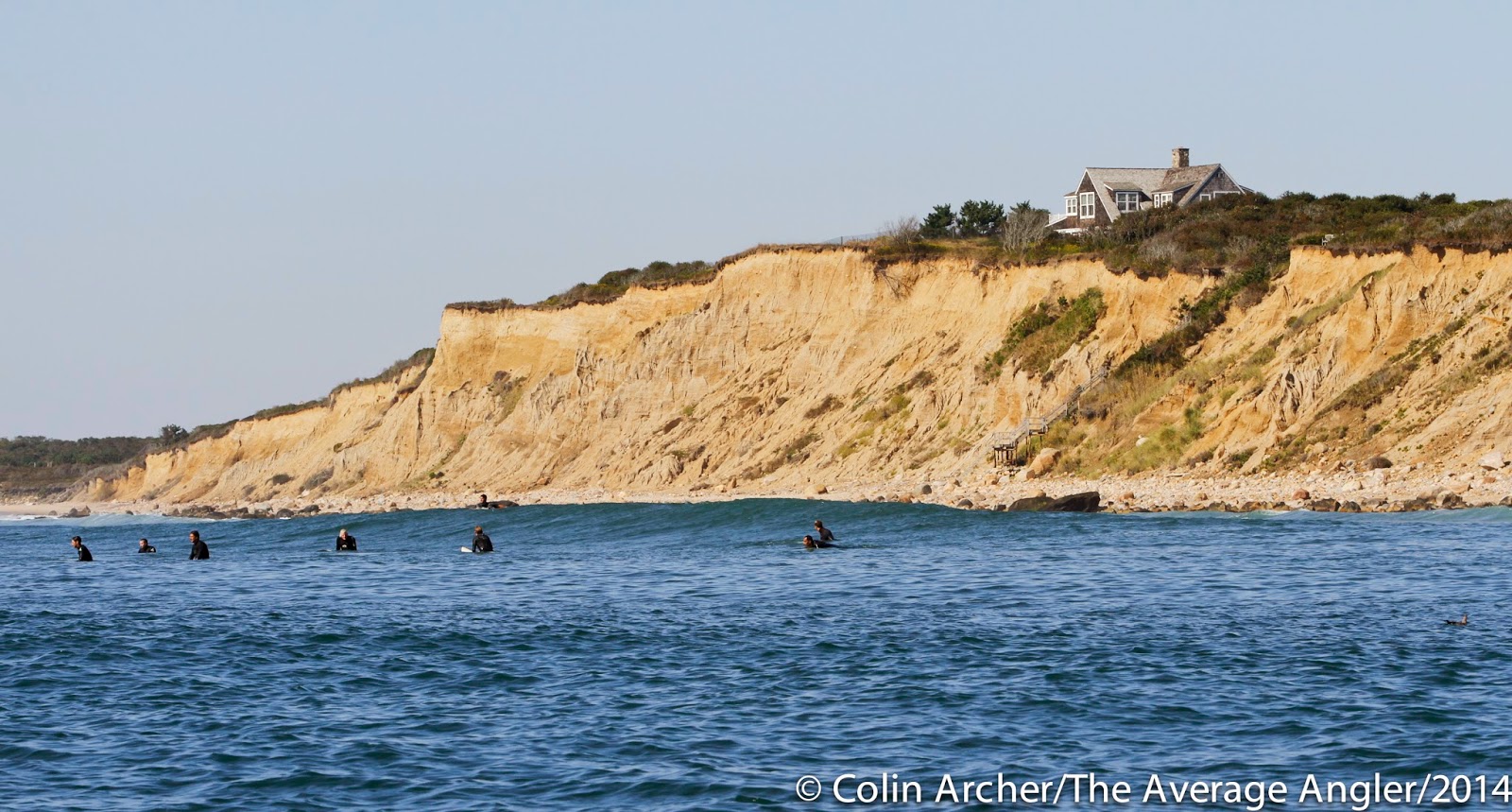 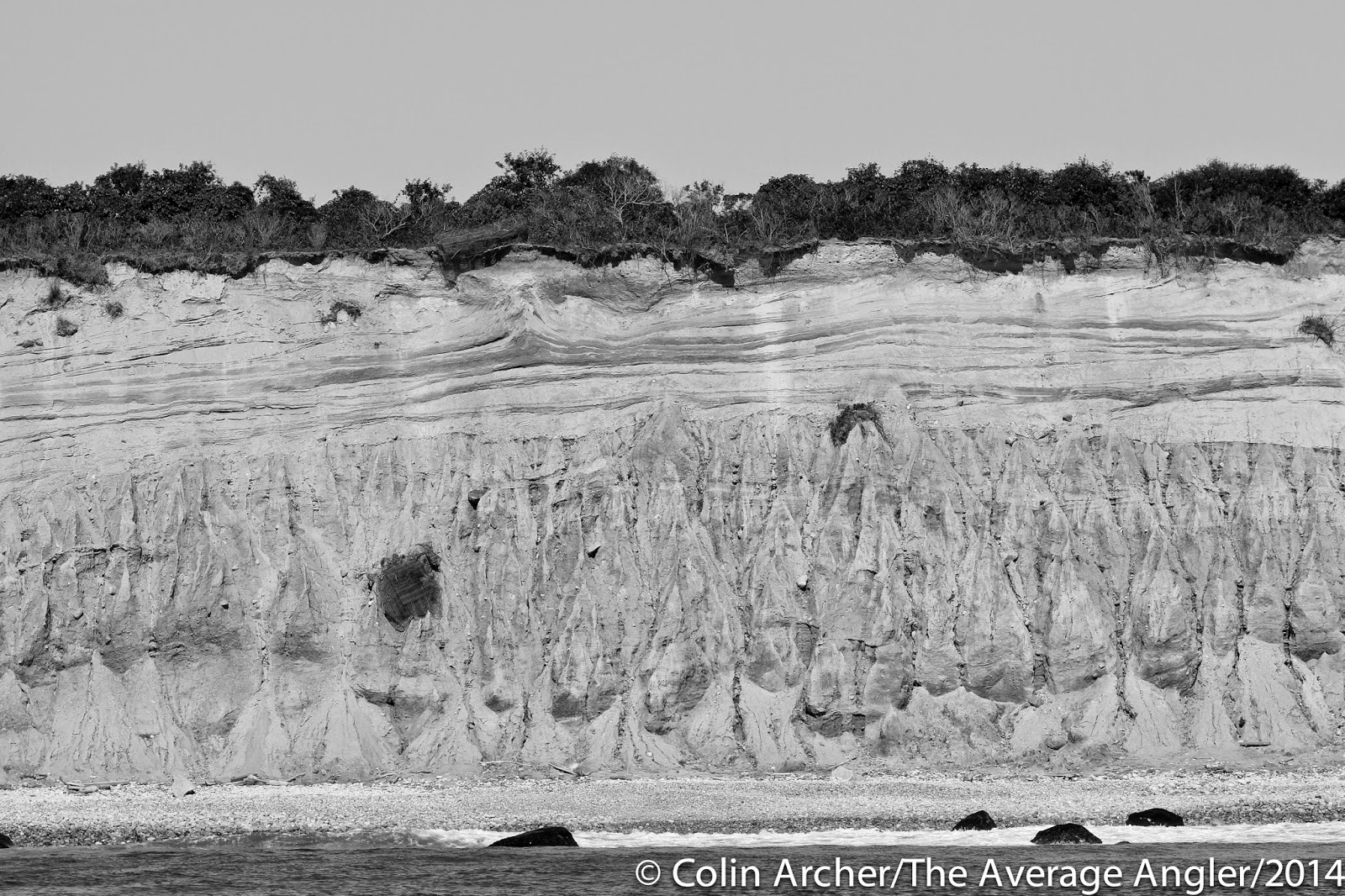