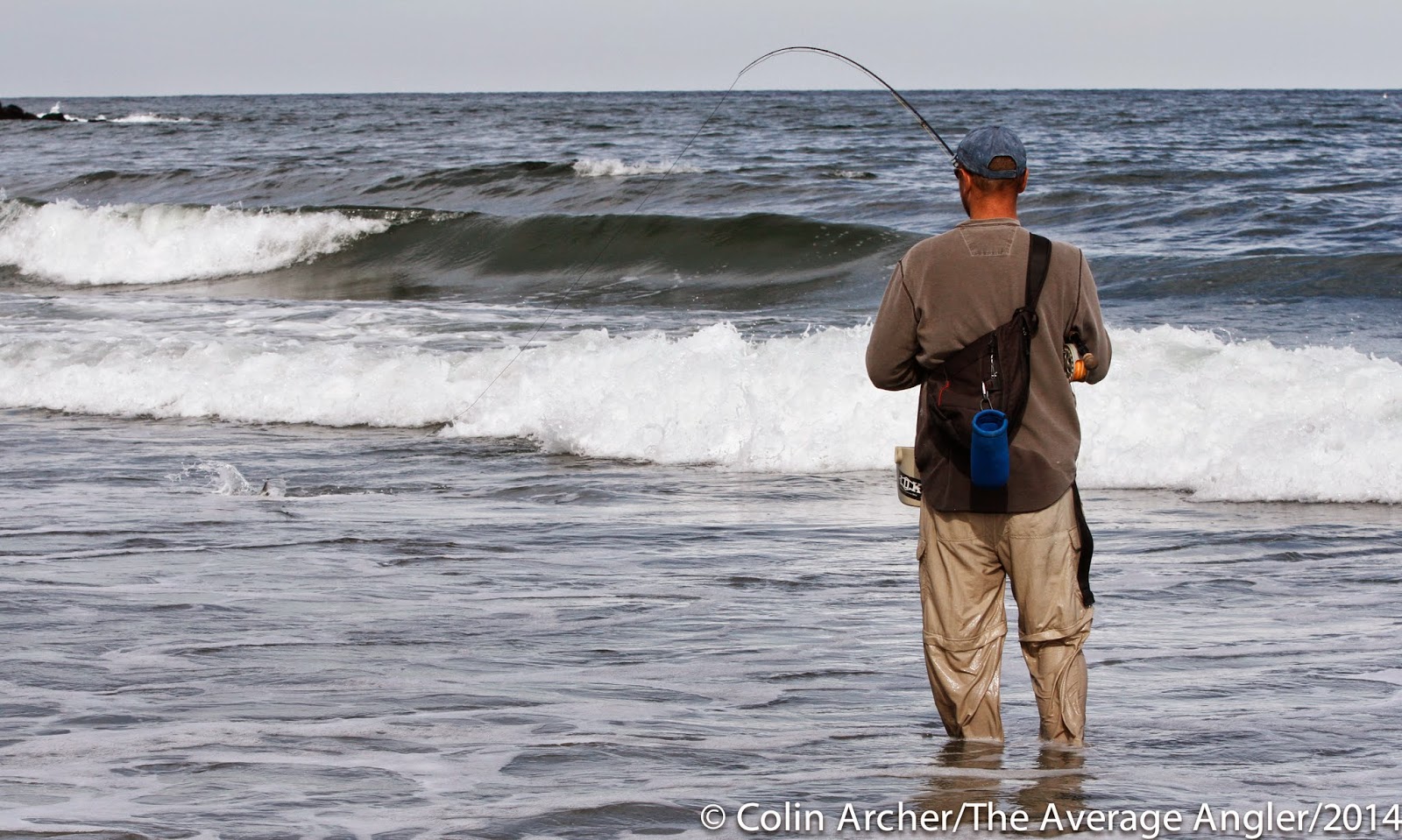 Went down to scout things out post blow and found that life had returned to the beach. It looked like it should on any given day. Birds up, bait everywhere, and predator fish on the eat. When I found a few anglers including the above fly rodder  hooking up with cocktail blues cast after cast I decided to do more shooting than casting. I had brought my spey rod down looking to set up on the end of a groin

and wait for some albies to show up. What I found was bay anchovies, spearing and mullet everywhere you looked, or walked. The blues were running through them almost up onto the beach and depending on what you had on would depend on how many fish you wanted to catch. The smaller the fly the more fish you would catch...you just had to match the hatch. 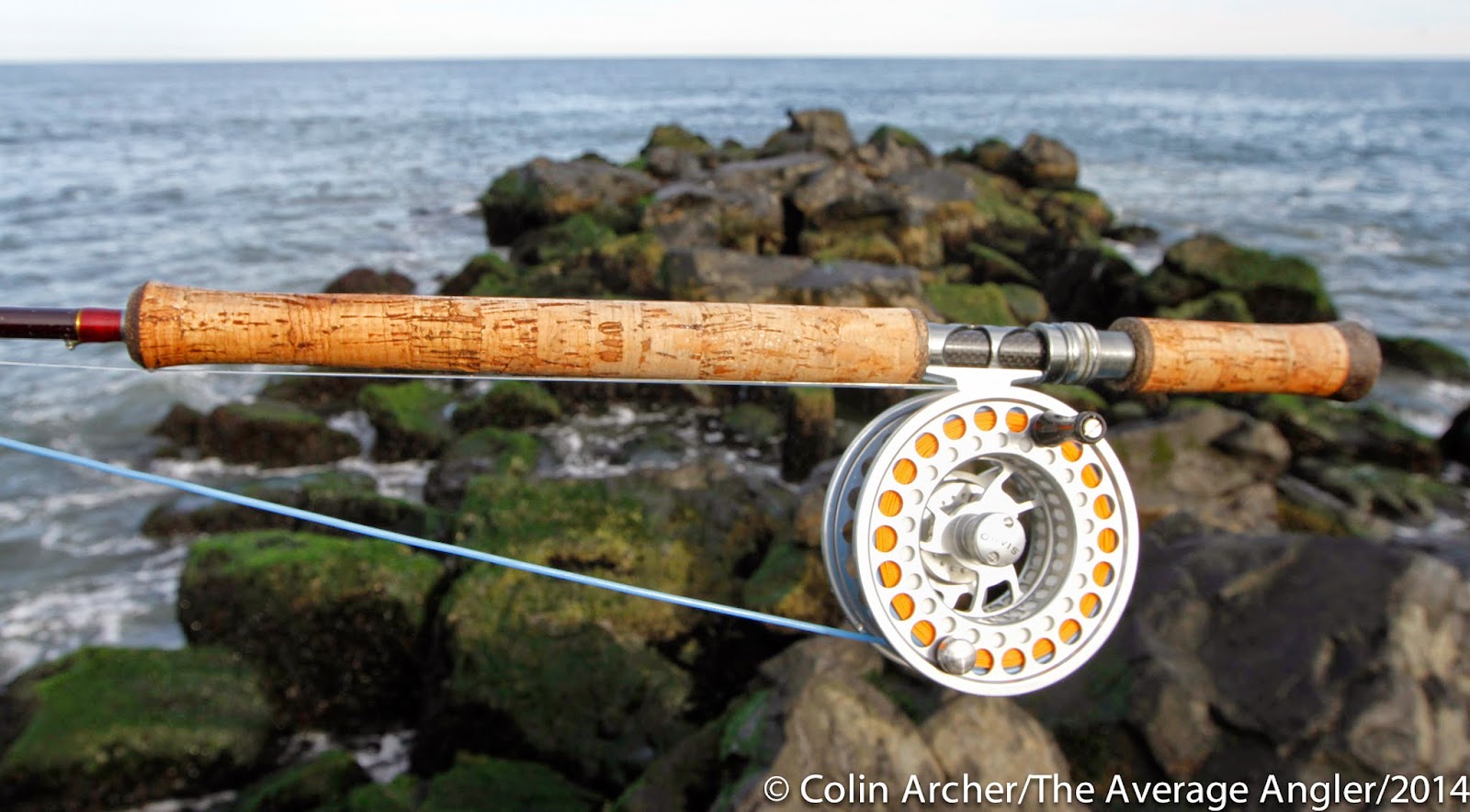 I stayed big wanting to try for some bass that I know were out there. The spey rod, I find, is much easier from the groins than the surf, and it took me a while to get my rhythm down. I did eventually jump up on the rocks and went with a smaller fly and had bluefish after bluefish eat. They weren't big, but it was fun to be casting to fish blowing up, bait being sprayed, and birds hovering and diving.