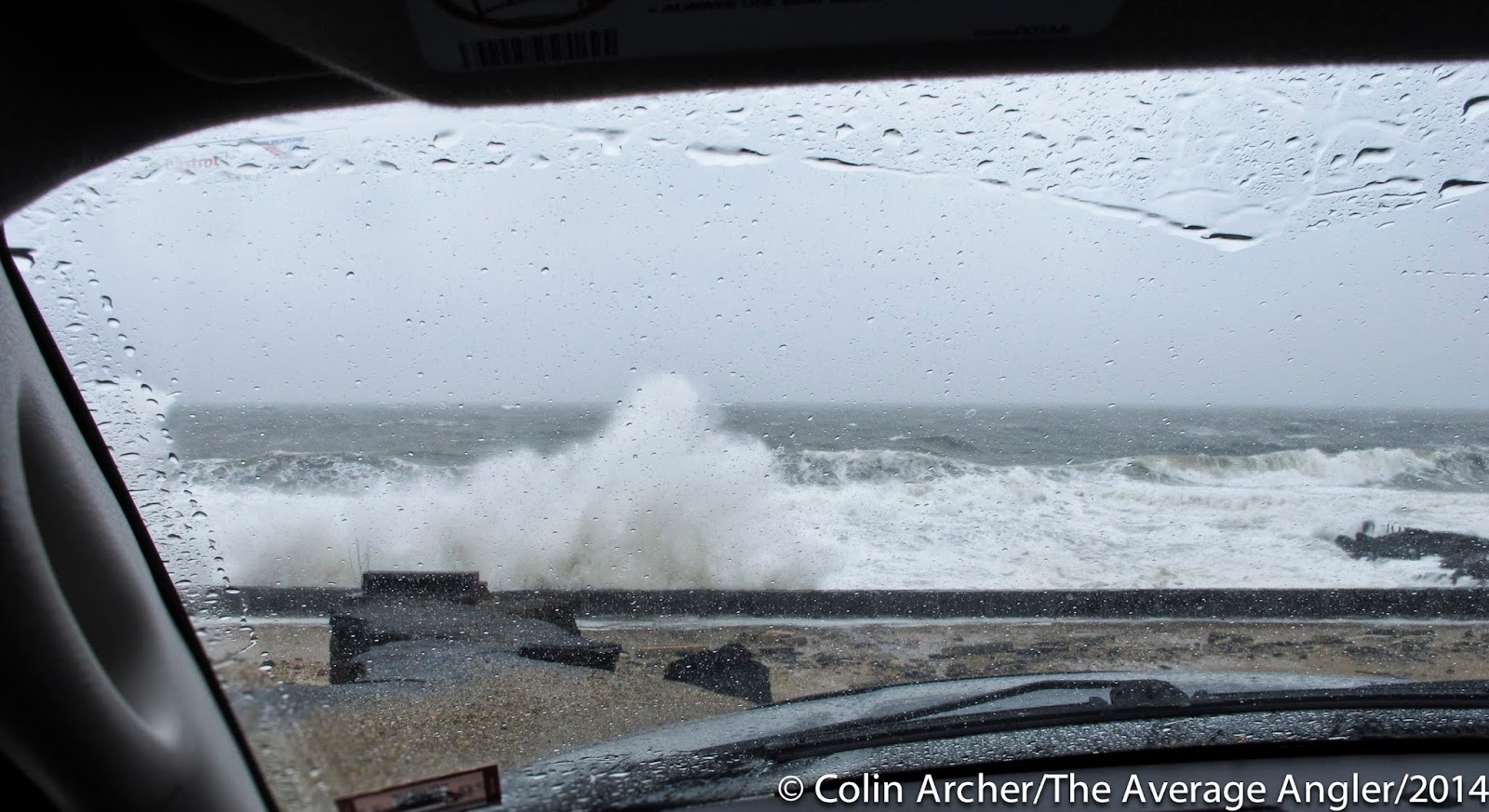 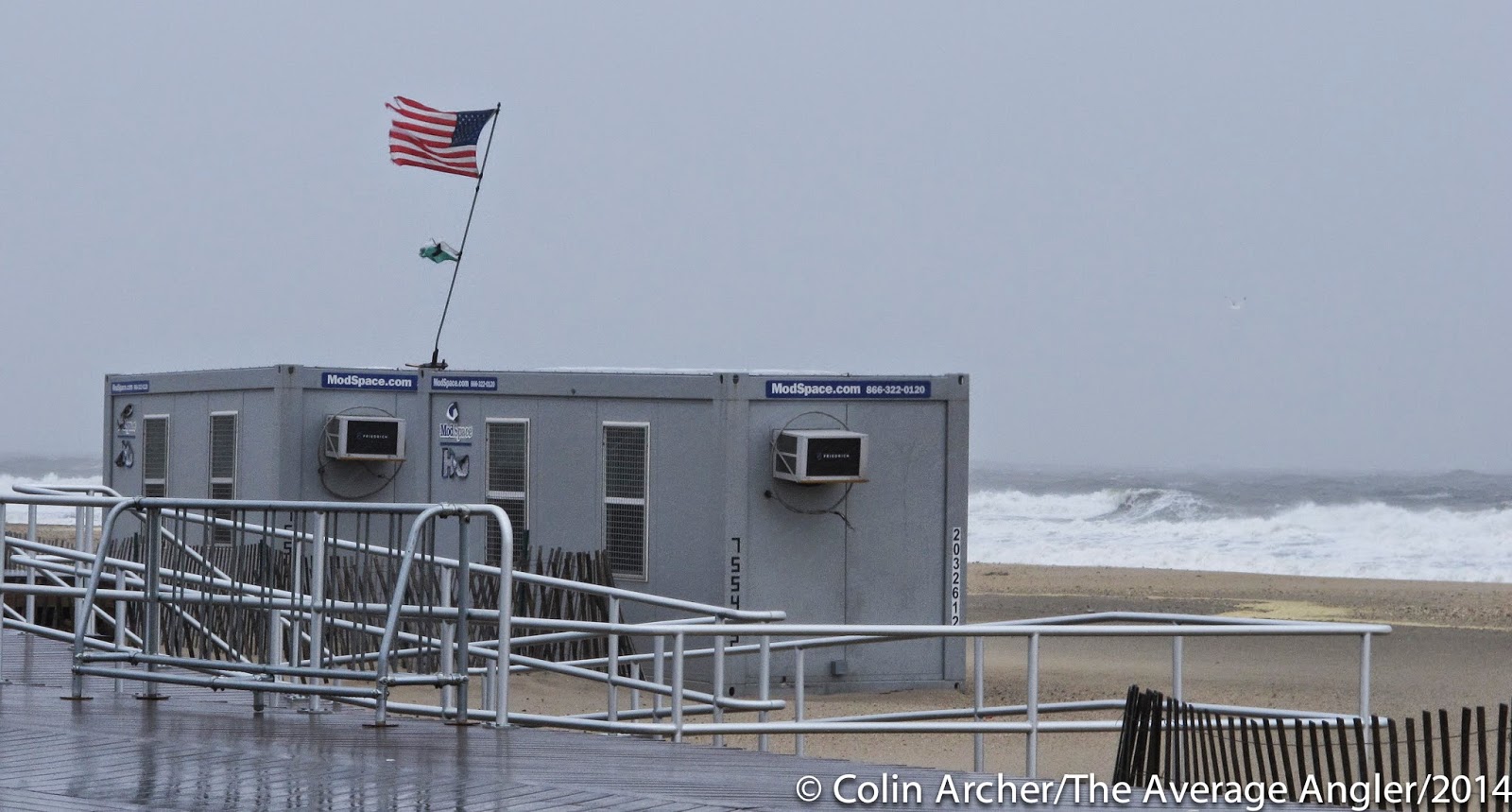 Not really what I hoping to come home to. East winds 30-35 with a big new moon tide. Hate to say it to my boys up on the Upper Delaware but I'm glad I'm down here....and...yes...they are fishing today.
This is probably the first real test to out beach replenishment projects that have been almost or recently completed. No doubt a large portion of the sand will be swept back into the ocean and head north, only to get shoaled up on the south side of the groins and jetties or of the beach creating sand bars. Recently the Associated Press ran a story on the effects of the beach replenishment and proposed notching and access, you can see that HERE.

While I was away the striper fishing in the Raritan Bay continued mostly on clams and now bunker chunks since that bait has arrived. I am seeing some catch and release fishing....but that's usually after the limits.....plus the bonus tags are filled out. However, there is some light as Insee some anglers and captains releasing the bigger bass so they can go up the Hudson to spawn.

Should be nasty the next day or so but the wind will turn around and that should clear things up. With water temperatures out front getting up to 50 we should start to see some action on the beach. 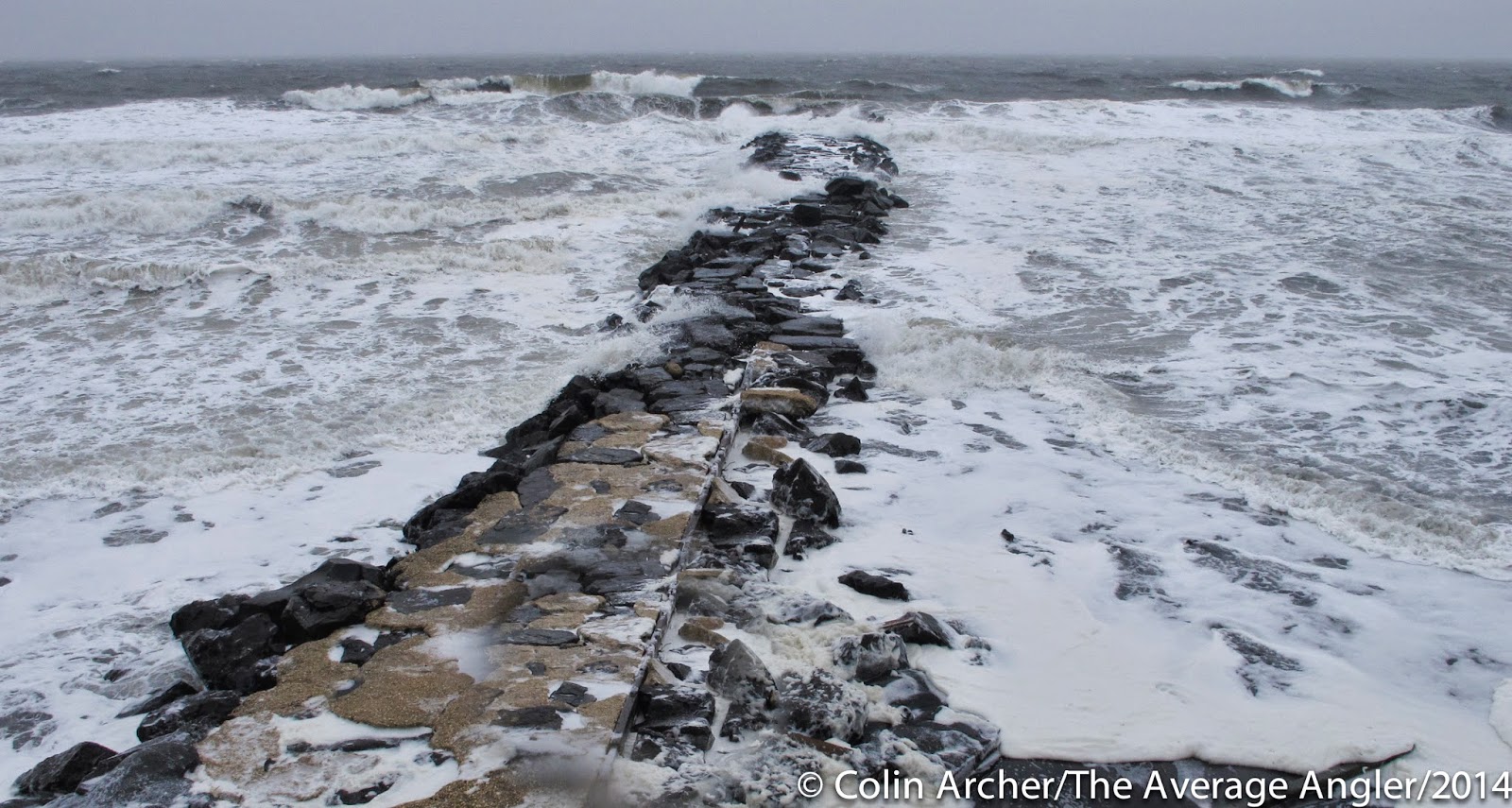 Posted by The Average Angler at 10:59 AM