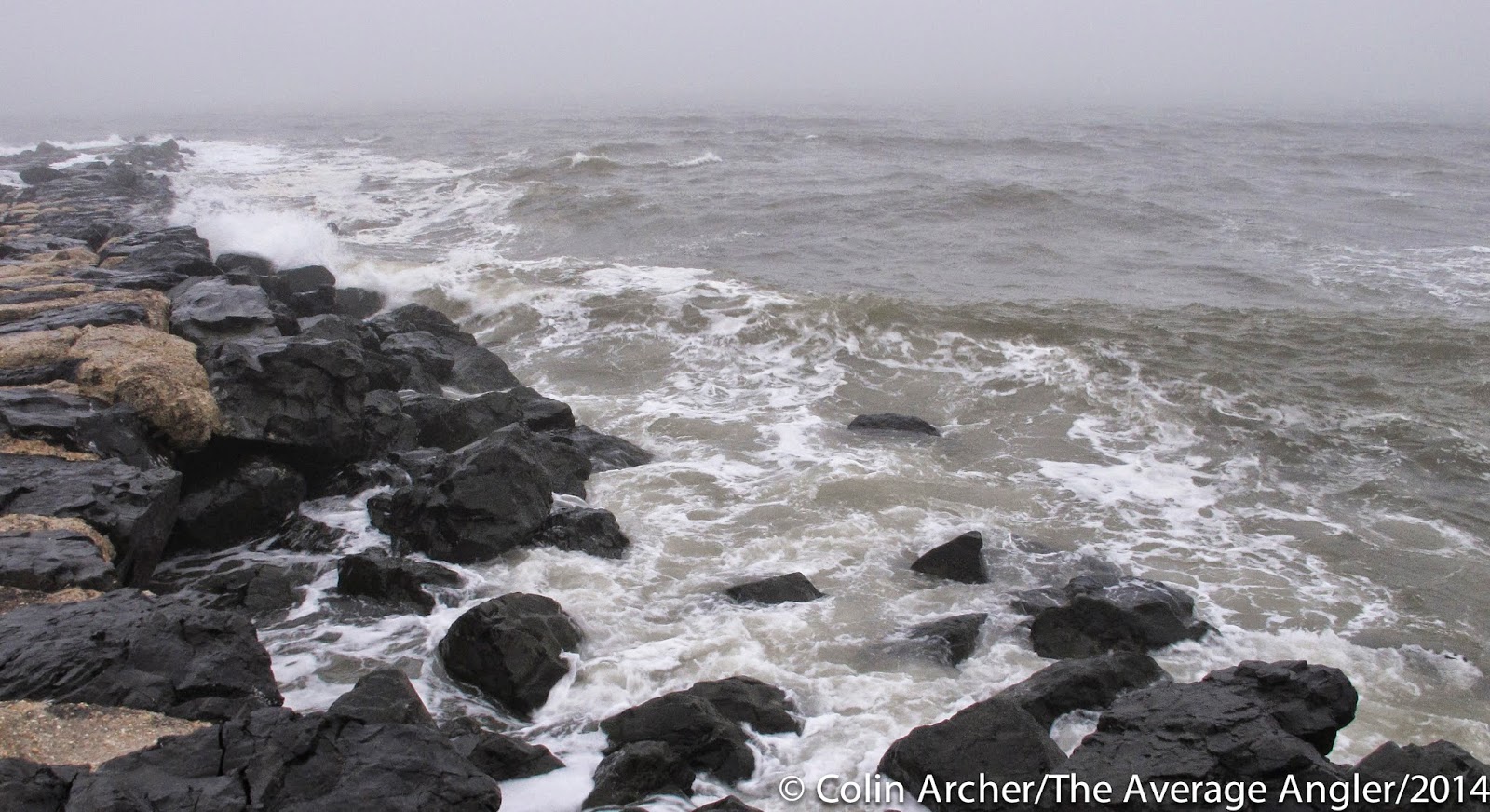 Got out at first light on the end of the incoming with a S wind at 15-20 and a light rain. Passed on fishing the back last night so I stayed with my plan of fishing out front this morning. Worked a groin from the beach to about 3/4 of the way out without a tap. I've heard of, seen, and read of some sporadic catches up and down the Jersey Shores bays and rivers, and yesterday a local report of shorts out front on lures.

Yesterday I received my Pennsylvania guide license in the mail. With it comes the digest with all the fishing size limits and regulations. During the early spring anglers flock to the Delaware River hoping to catch the striped bass on their way up to spawn. New Jersey has a closed season until March 1st, and then thereafter it's 2 fish a day at 28" and then one more with the idiotic Bonus Tag Program. For 2 bucks you can take another breeding female.


Now Pennsylvania, and Delaware, just across the river from New Jersey , has a different set of rules. PA has no closed season and from April 1- May 31 they have a slot limit....two striped bass from 20-26 inches......really guys???? Are you kidding me. So if you want a big fish come over one of the bridges and set up for a cow bass.....and then head back over to Pennsy for some chicken finger size fillets for dinner from a 20" bass.

It's time the fisheries management folks and the states get together and have one uniform set of regulations for the Delaware. It is an important river for spawning striped bass, and all kinds of factors have to line up for it to be a good years spawn in the river. I am out on the slot fish regs.......

This past weekend was the Delaware River Striper Tournament......the winners of the slot category weighed in two slot fish 5.58 pounds 23.5 at inches and 3.02 pounds 20.25 at inches. They also had a "Calcutta" category, ie: big female fish....10 fish were weighed in and the winner was 39-1/2 inches......now no doubt those fish had to be caught on the Jersey side. Several participants were cited for violations......which if you think of it.....three states with three different regulations.....no wonder.

Folks who run tournaments, and several like the DRST do it as a fundraiser for good causes, have to consider setting their own standards when it comes to size limits and categories.....some years these tournaments, both in the rivers and the ocean, promote catch and kill, there's no catch and release categories, for the purpose of the weigh in and prizes, again while raising money for a good cause.

I have to commend the Berkely Striper Club for organizing and promoting a catch and release tournament when the bigger fish are around. It is something we should all support and embrace before it is too late. 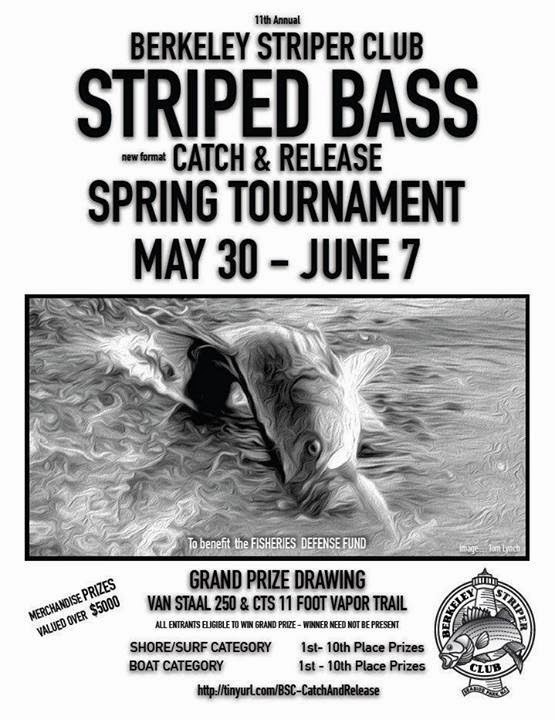 Posted by The Average Angler at 8:08 AM