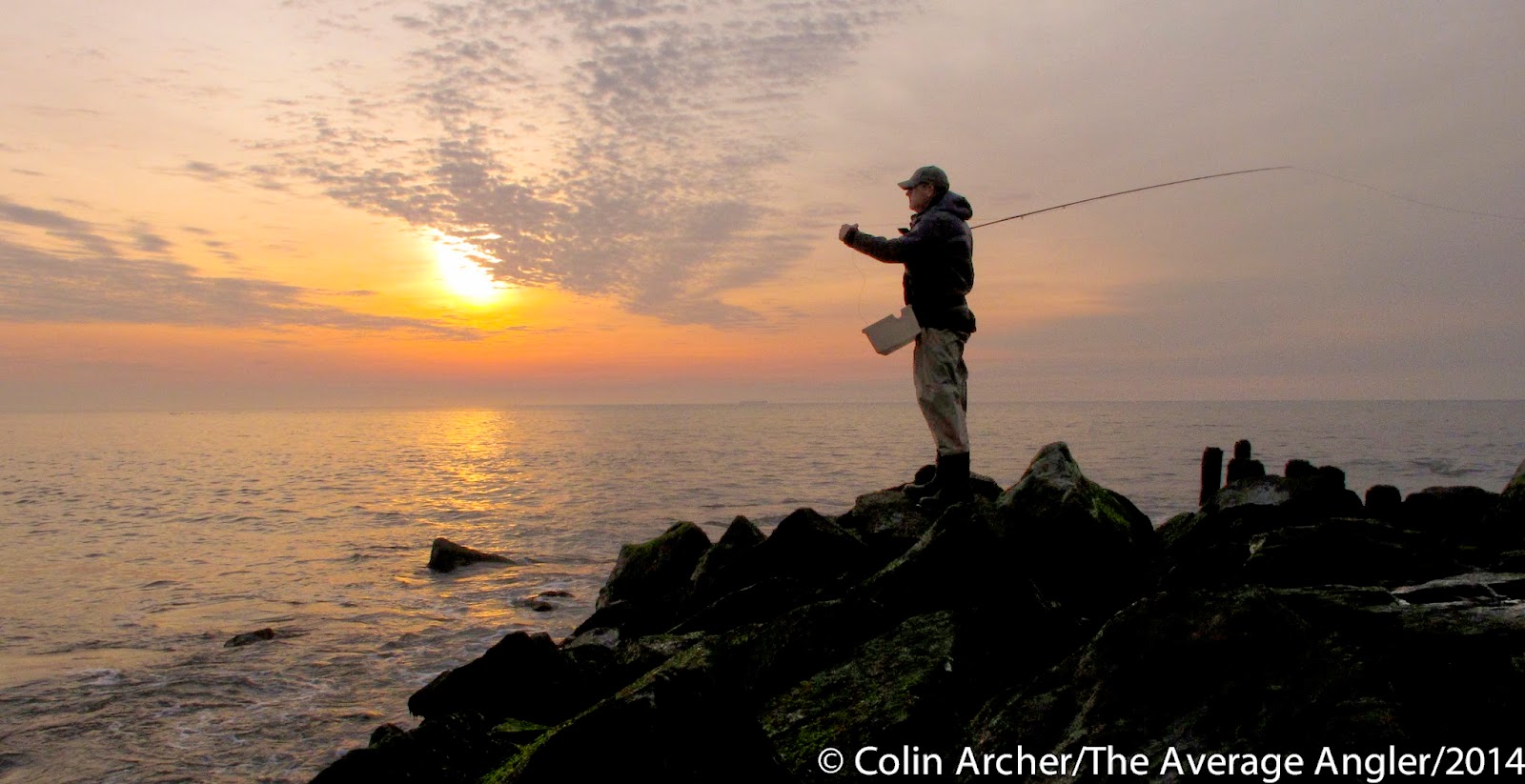 Nice morning out as the sun came up. I couldn't figure out at first what the burning smell and smoke in the air was from but later learned it was from a brush fire down in Wharton State Forest. Since it was low tide I made my way out to the tip of the groin and enjoyed making casts around the exposed rocks and birds that were swimming around crabbing.
Tired of shooting sunrises, although never tired of being there for them, I propped up my camera on a rock and took a "selfie". It's always great taking pictures of other fly rodders, but today I was the only one out fishing. The smarter ones are in the back bays soaking clams and worms. As I set the the camera on self timer I wondered how long it would take to "sink" my first camera this year. I have to have a better year than last as my Canon G-12's each made their way back to Canon for repair a couple of times each.
I feel that the season is about 10 days away and then it will be go time. Early mornings in the back of the rivers mixed in with some long day floats up on the Upper Delaware. I'm looking forward to both but have to clean up a ton of stuff beforehand. Finishing up with my sons college choice is job #1. This past weekend was TCNJ, which is a top contender, and NJIT, which just doesn't offer his exact math major. And, that just plain sucks, since they offered him $12,000 a year to go there...uurrgghhh! 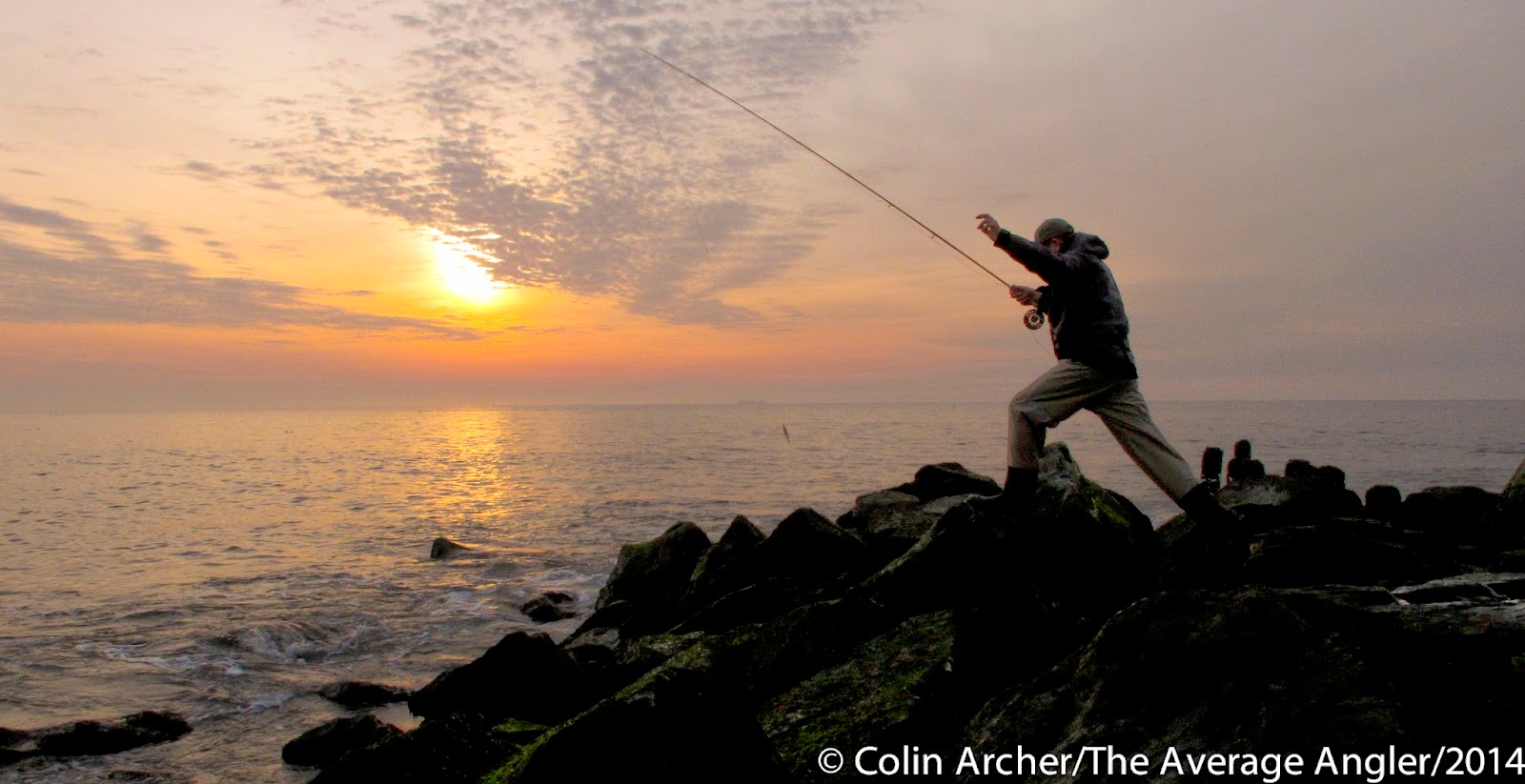 Posted by The Average Angler at 8:02 AM