04.13.14 Almost fell asleep between the warm breeze and the sound of moving water.... 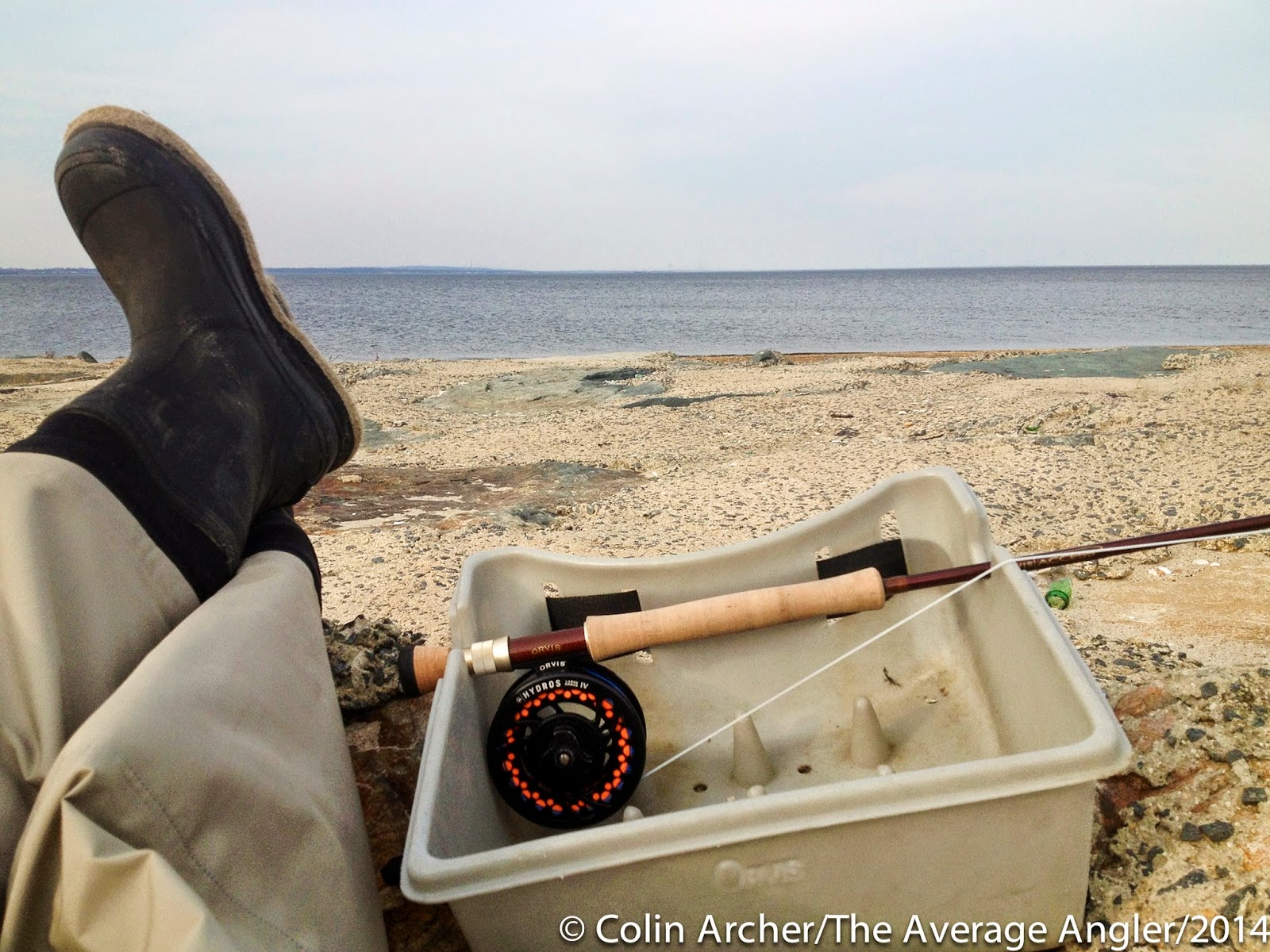 I found a perfect cradle in between some rocks and watched at least 30 rods not move during the few hours I was there. Well, the only time they moved was when an angler reeled it in to check on their clam or worm. I was so relaxed I caught myself nodding off a few times.
I did eventually get up and and fished the end of the incoming and start of the outgoing. One other spin guy who alternated between a small swimmer and rubber covered the same area with the same results I found...not a tap. Seems like the recent earlier week catches were a bunch of fish that most likely have made their way up the Hudson.....some of those fish were over 20 pounds.

With the warmer temperatures staying around it should bode well for the water temps, if we can get that south wind to turn around.
Posted by The Average Angler at 8:21 PM