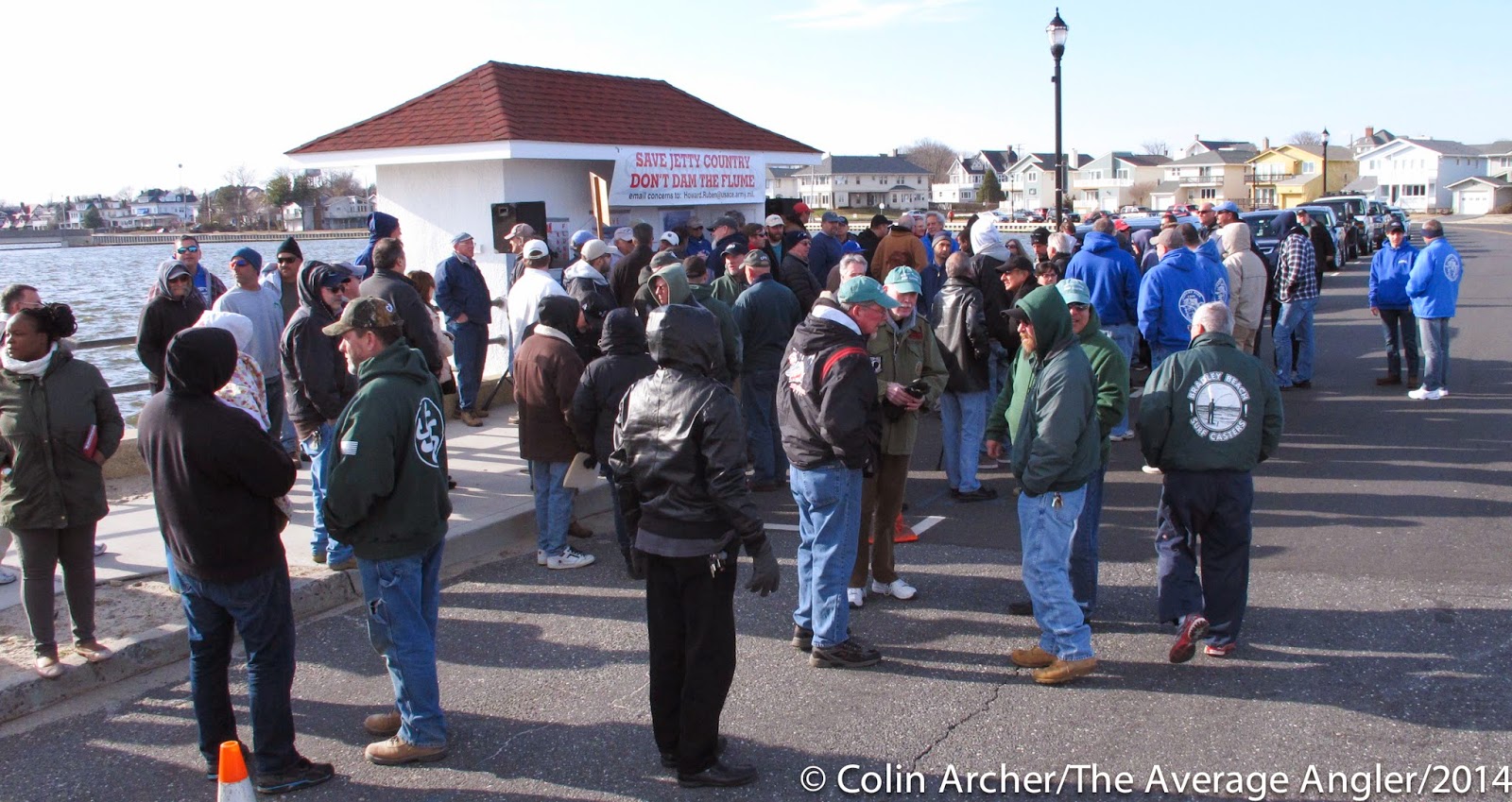 Had a great turnout in the cold for the "Jetty Country" protest. I would estimate the crowd at 200 plus (more came later than the above pic). We had speakers from the Deal Lake Commission, American Littoral Society, Shark River Anglers, and Asbury PArk Fishing Club President Joe Pallotto. 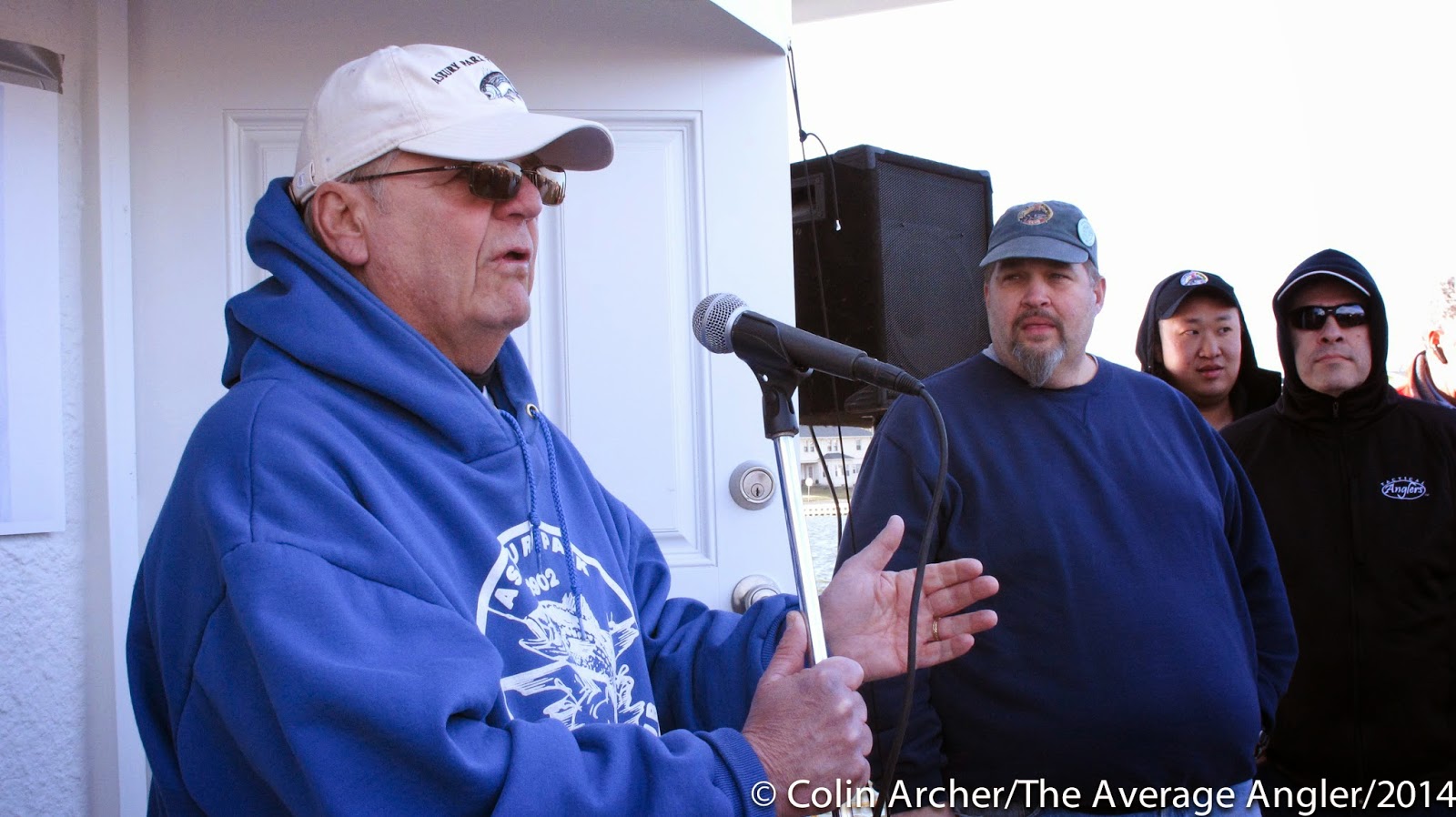 In addition, former Loch Arbor Mayor Bill Rosenblatt spoke and really put it into perspective. His best point, and I'll loosely quote, " If notching of the groins that was done in the past, and you're saying it worked, where's the studies, where's the data?"
One of the most encouraging things the protest brought on, in my opinion, was Congressman Frank Pallone addressed the issue by putting out at statement. In it he thanked us for being out here and acknowledging the issues of a Deal Lake that needs to be dredged, beach replenishment we really don't want, an 8th Ave flume that needs to be protected, and most importantly, that we don't need or want the groins (jetties) to be notched or altered. To me, that is a partial victory. Now we need to up the pressure.
We need people to call Frank Pallone's office this Monday and Tuesday 732.571.1140 and let him know how you feel. Also, the open public comment period is open until March 26th so send your email to howard.ruben@usace.army.mil. He is the project biologist on the project. 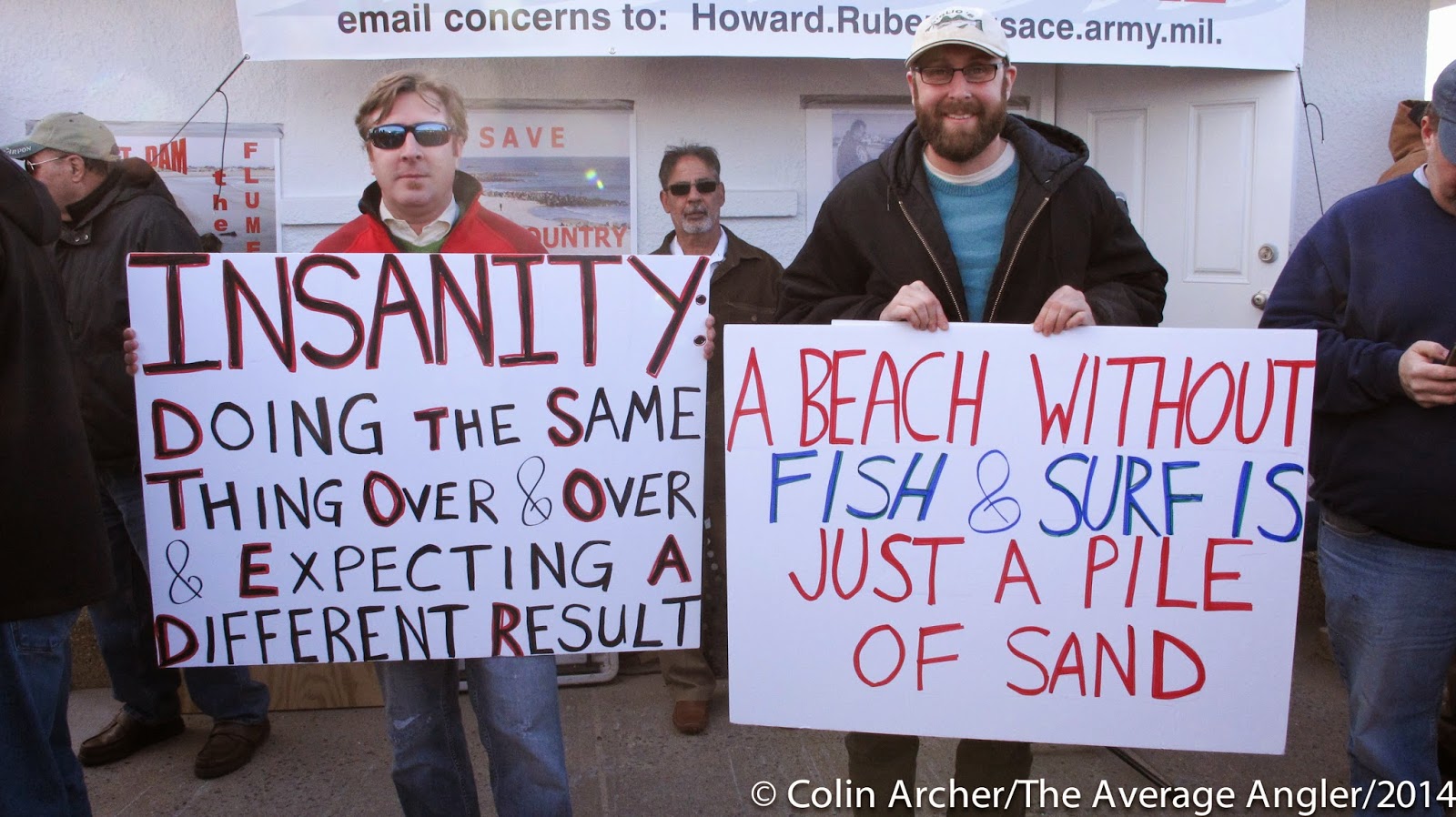 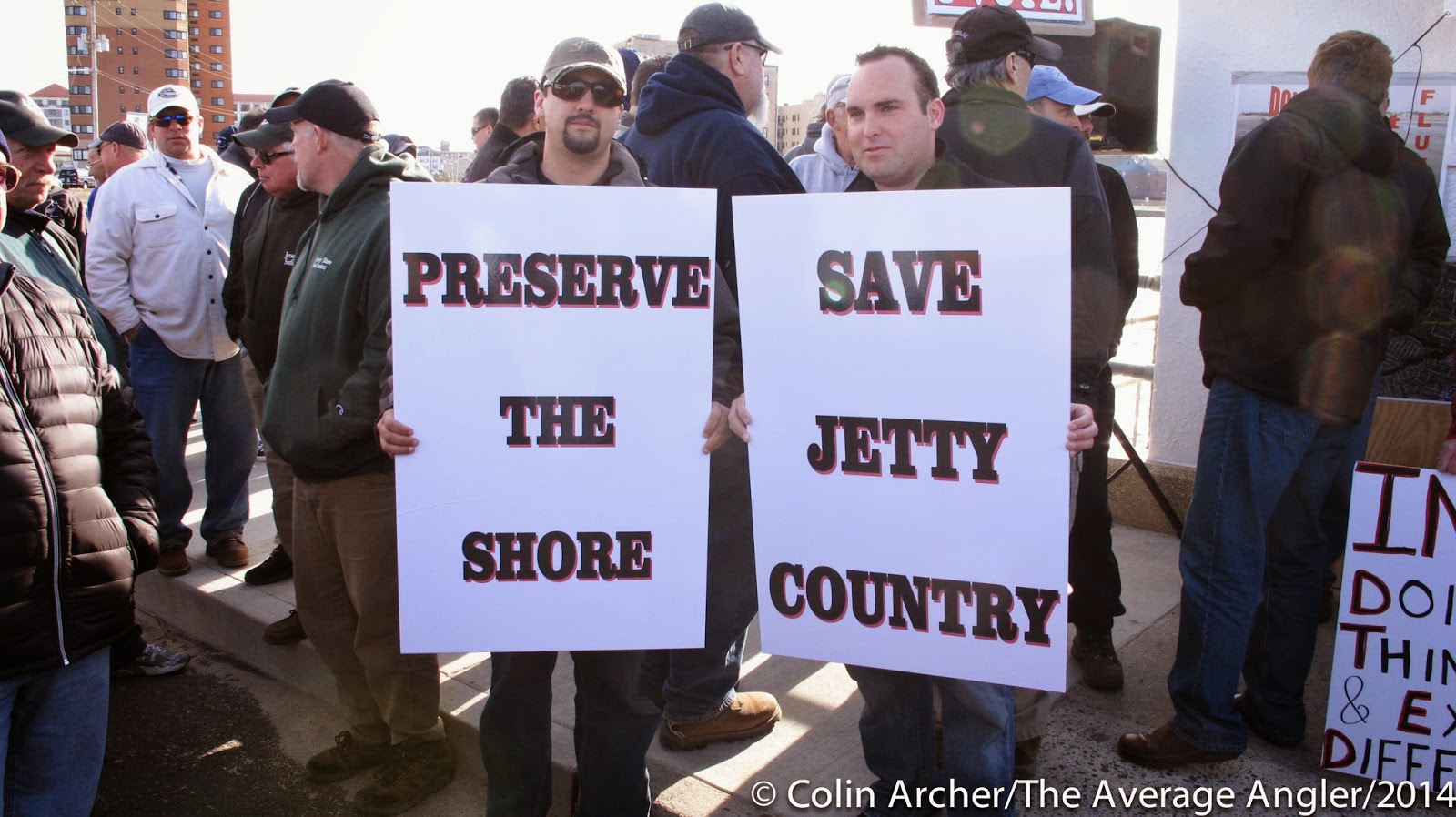 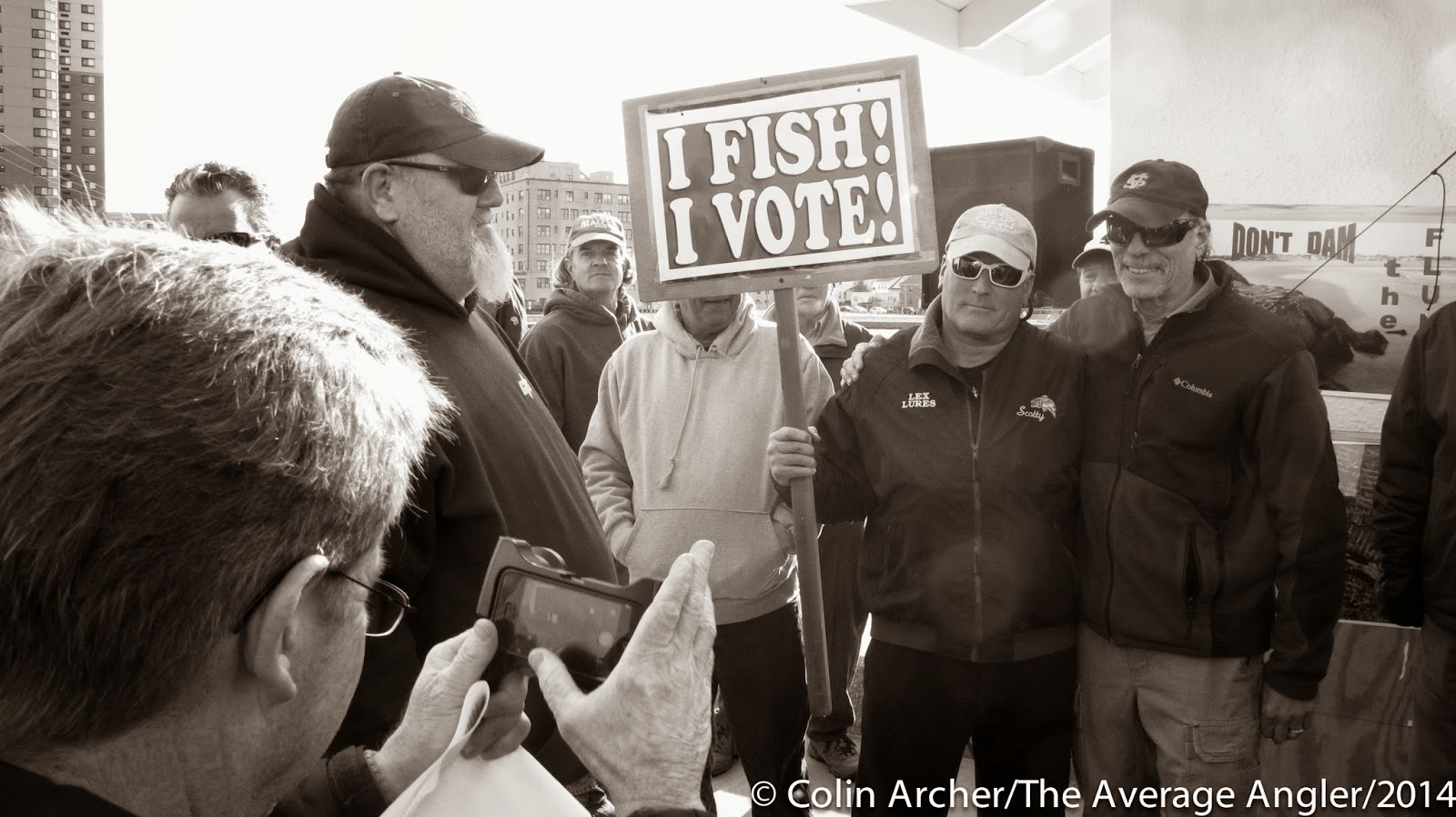 Of course I had to get into the protest action so I made up a few posters with some images I had taken relating to beach replenishment. The image of my daughter Erin in front of a cliff in front of Convention Hall was the crowd favorite. It shows how Mother Nature takes back what man, in less than a months time, tries to put on the beach.

Thanks to all the groups, clubs, and people that came out..... 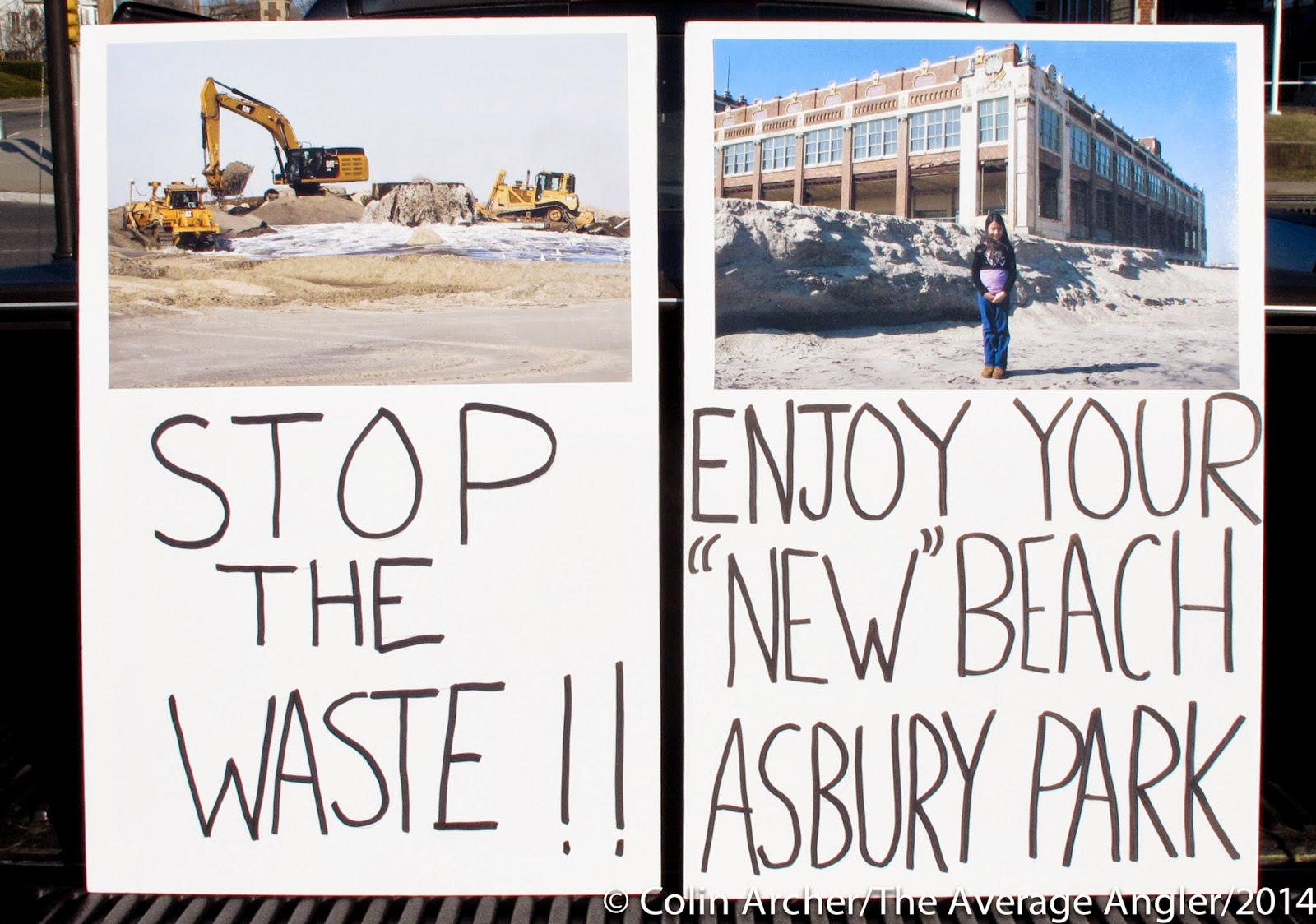 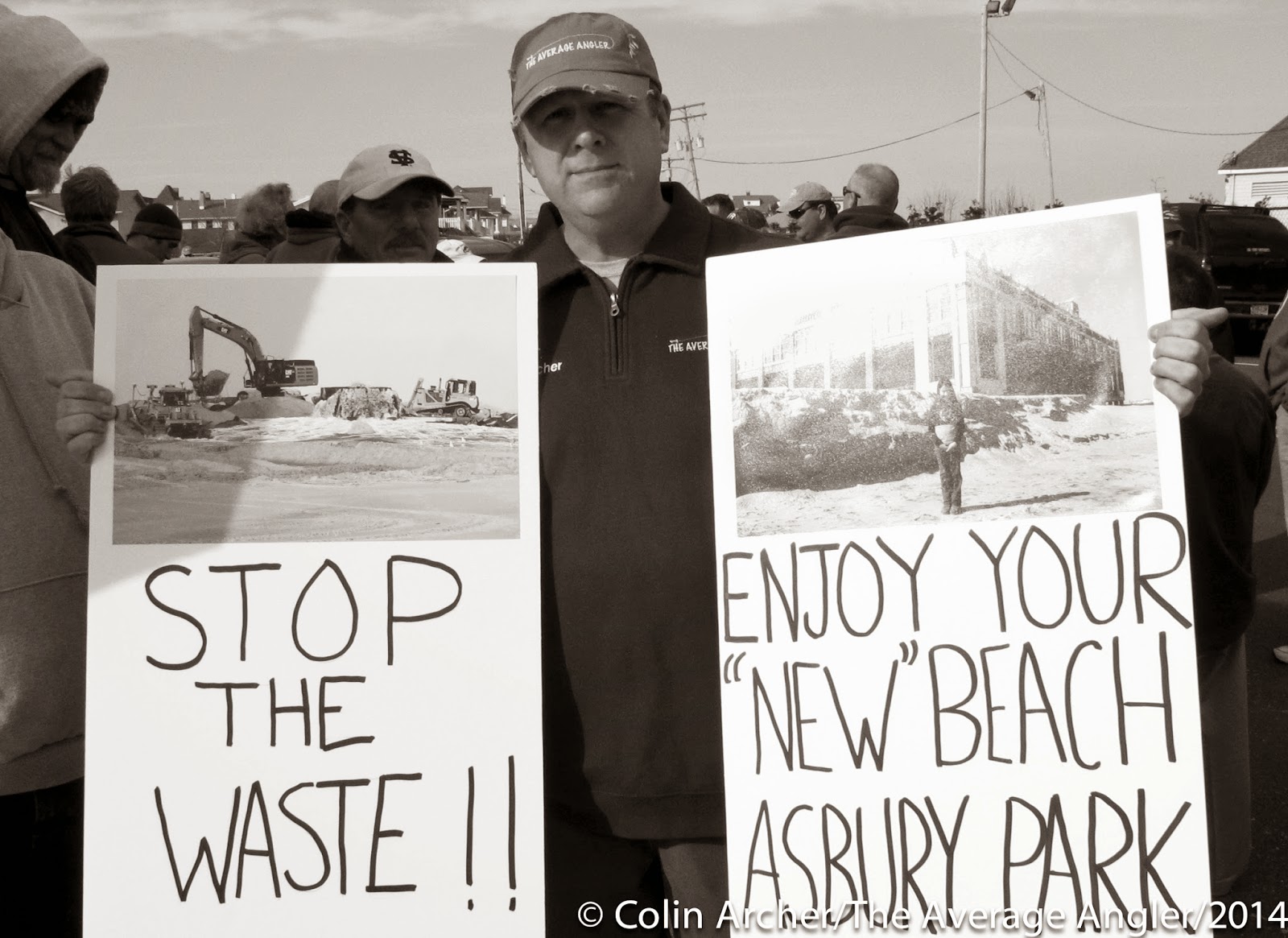 Posted by The Average Angler at 8:28 PM