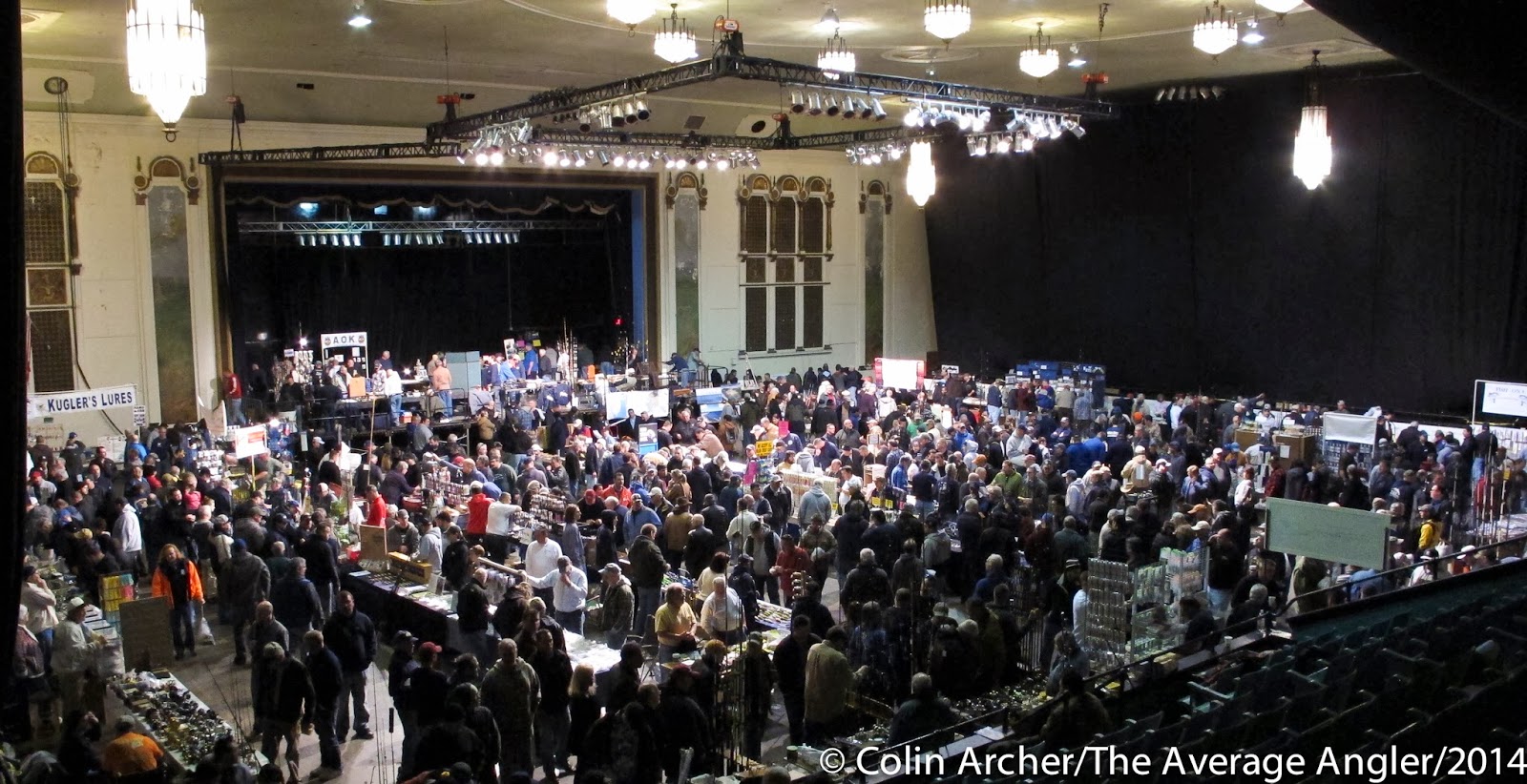 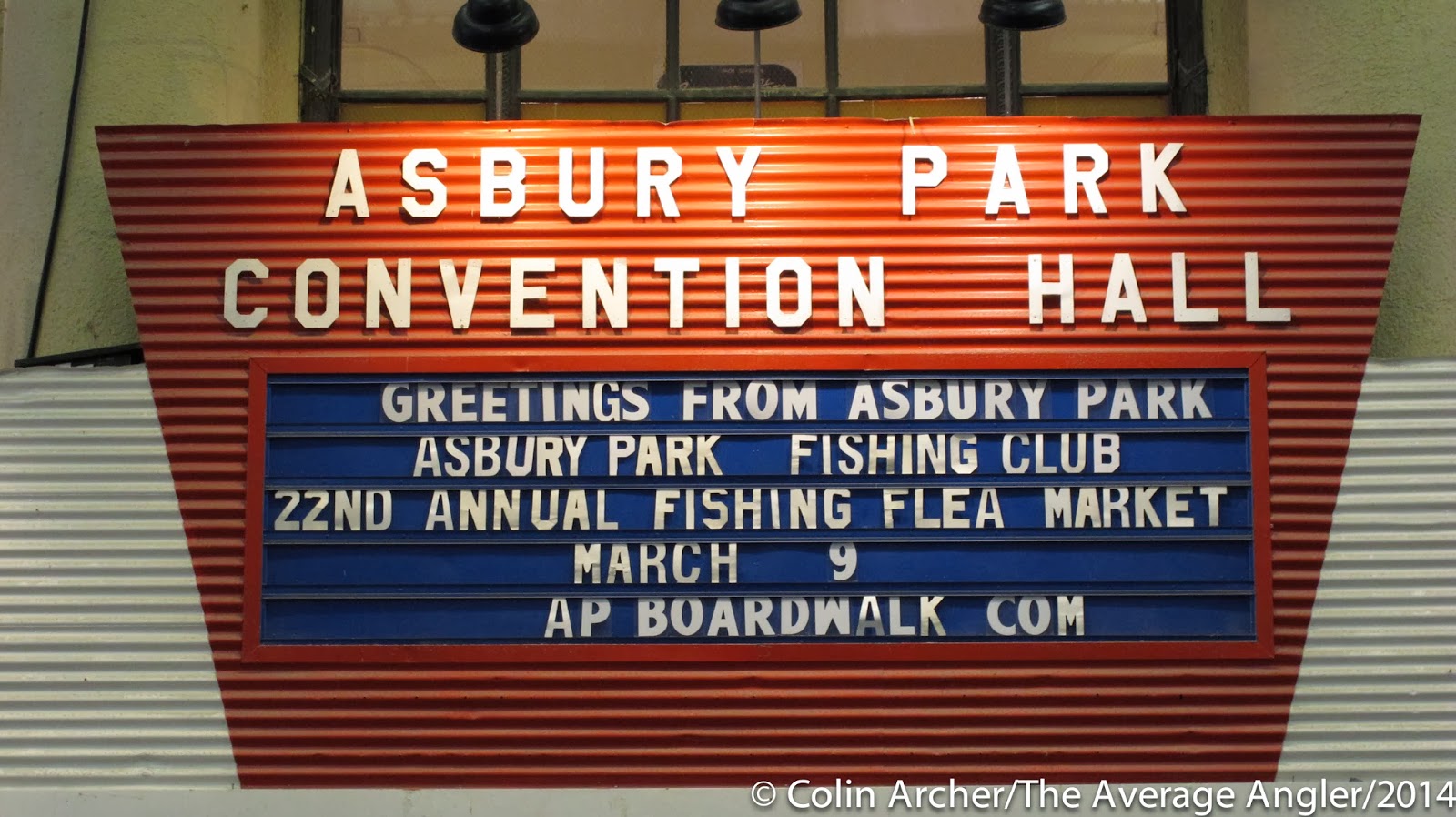 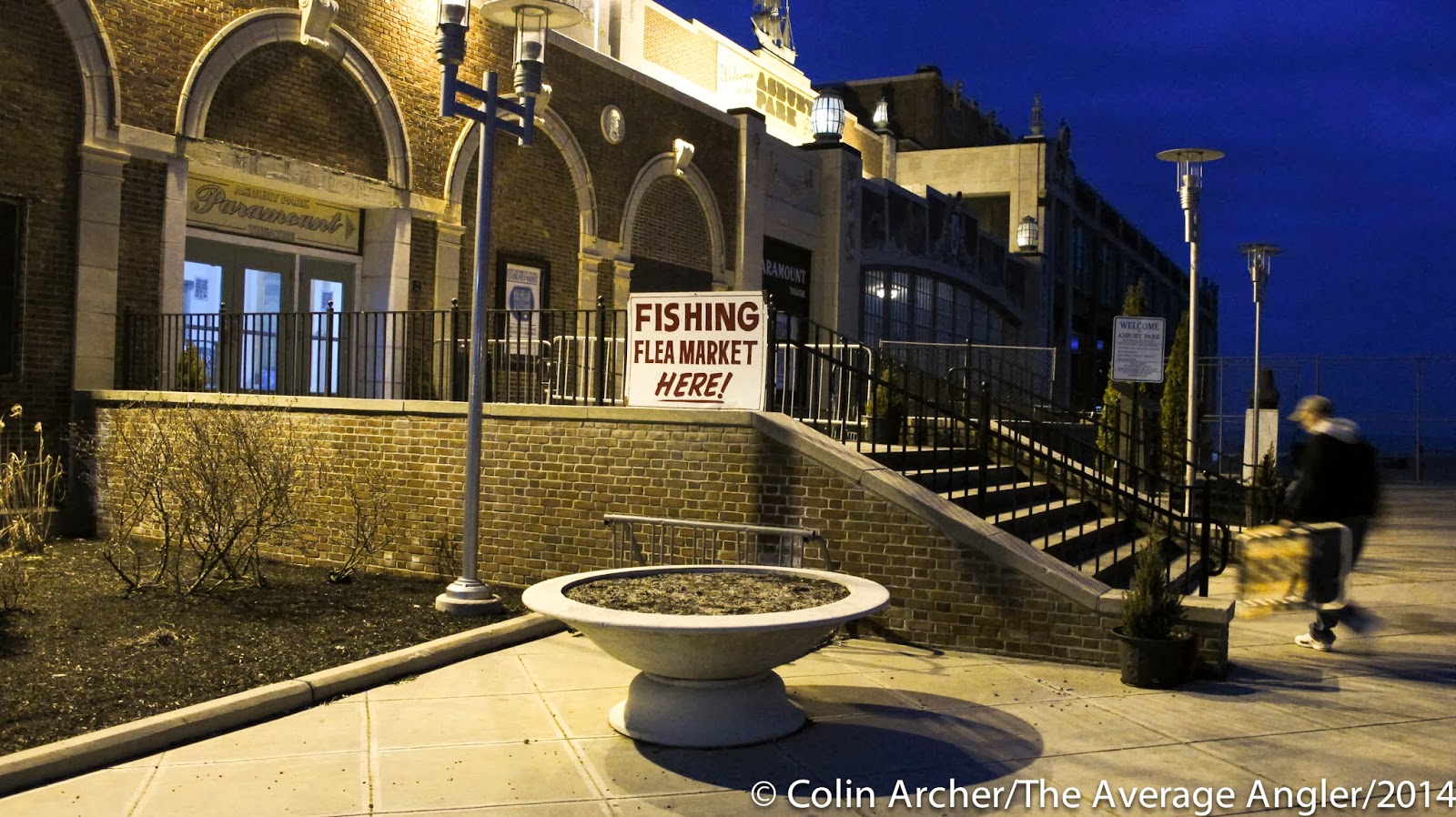 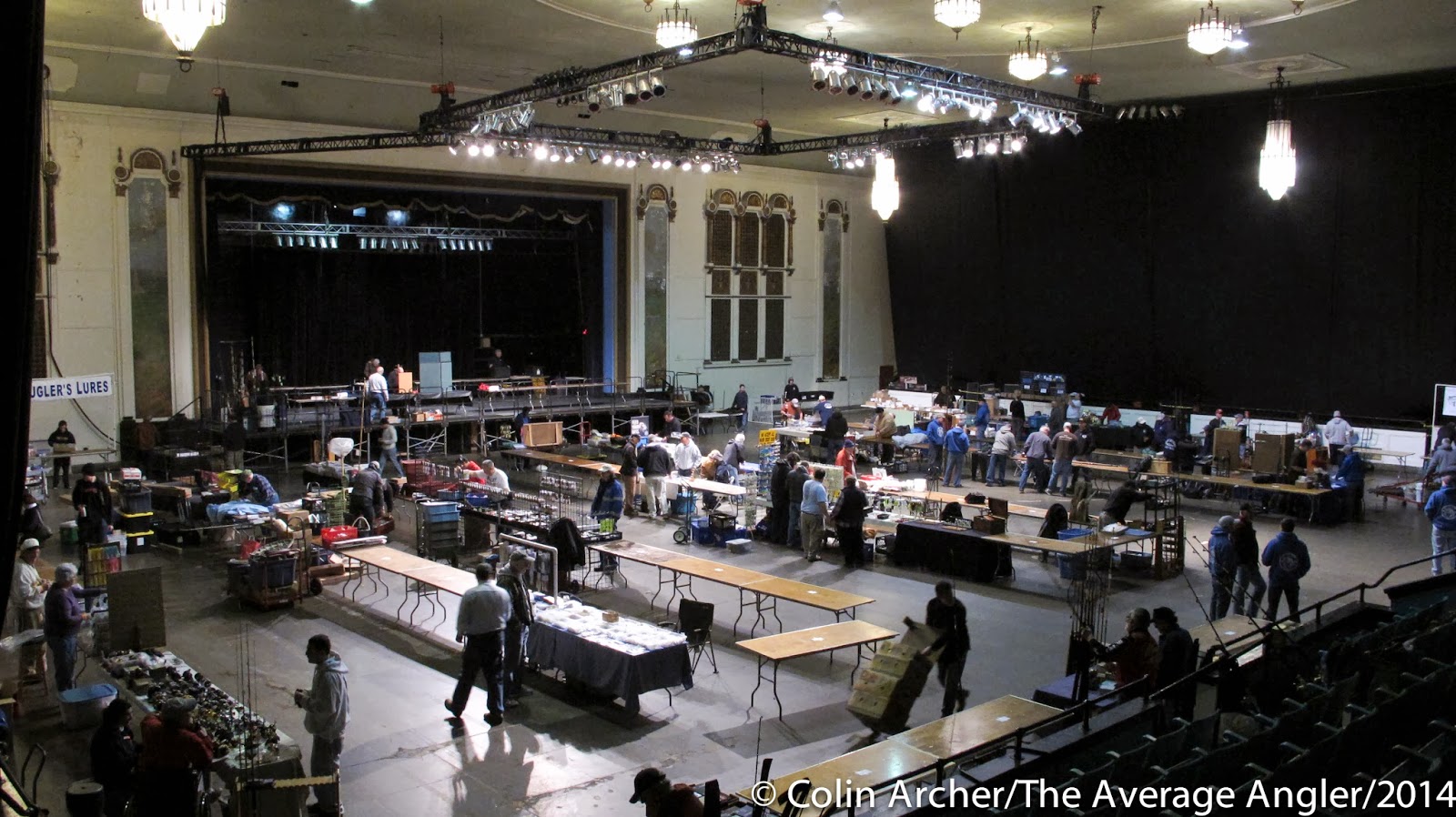 With daylight savings time kicked in last night early morning was a little more dark than yesterday. Guys arrived around midnight and slept outside the doors wanting to be first inside for a shot at one of 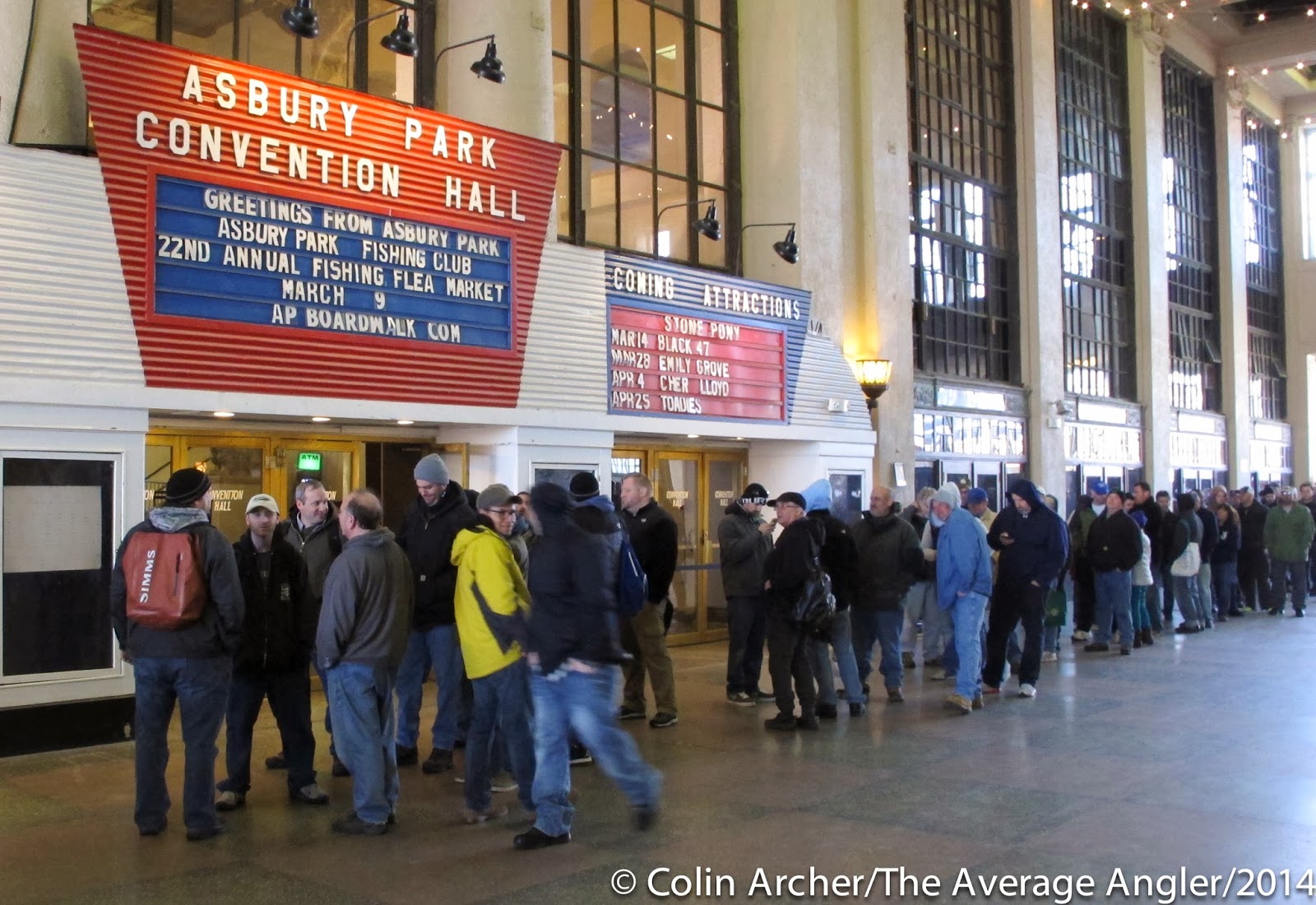 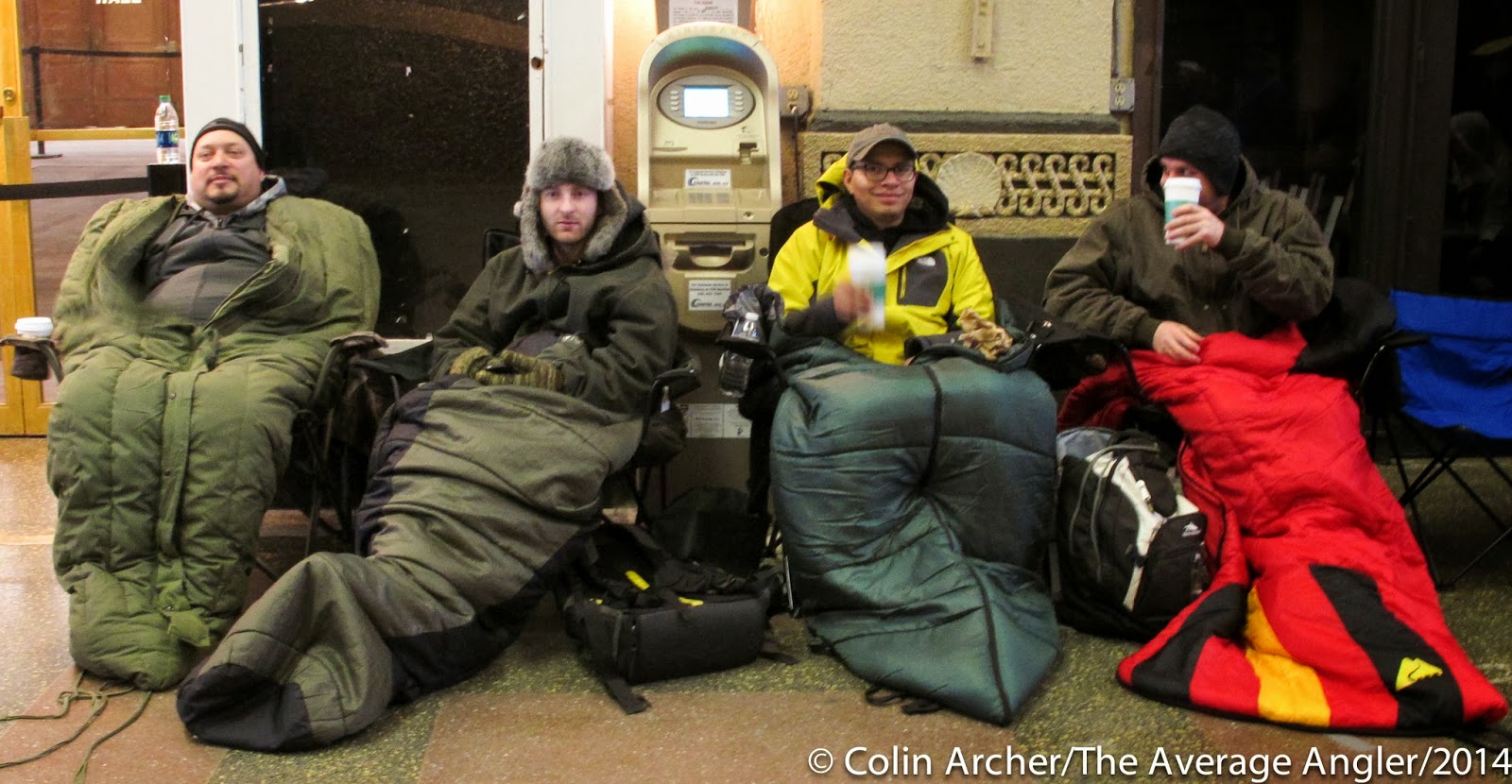 the hotter plug makers tables. The winner this year, in my opinion, was Cyclone. I base that on the interest before the show, the long line that formed when the doors opened, and the empty table shortly after the whistle sounded. I went around and took pics of each plugmakers plugs but didn't feel like editing each one for the blog....sorry, so I'll stick with Cyclone's offerings. 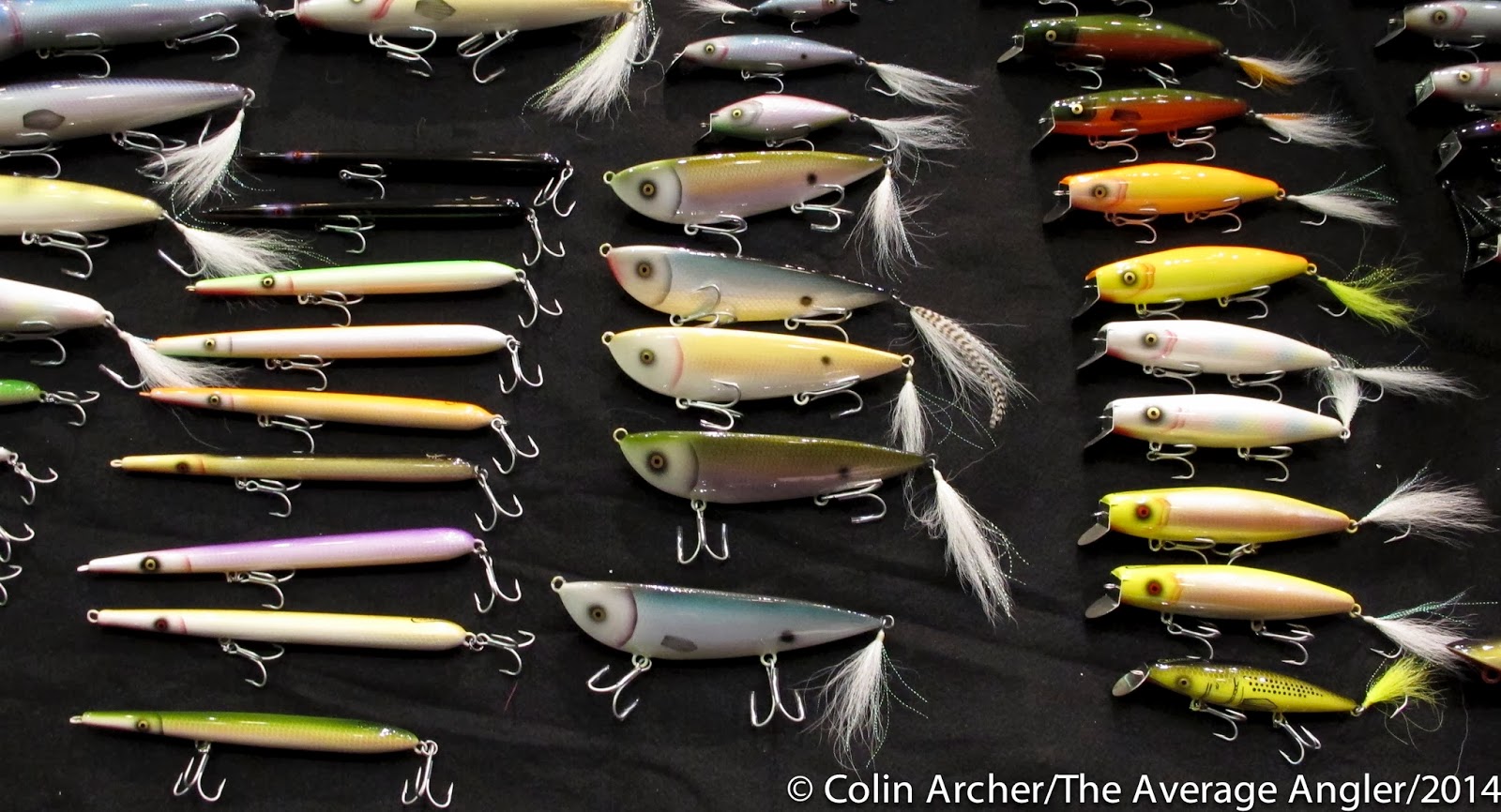 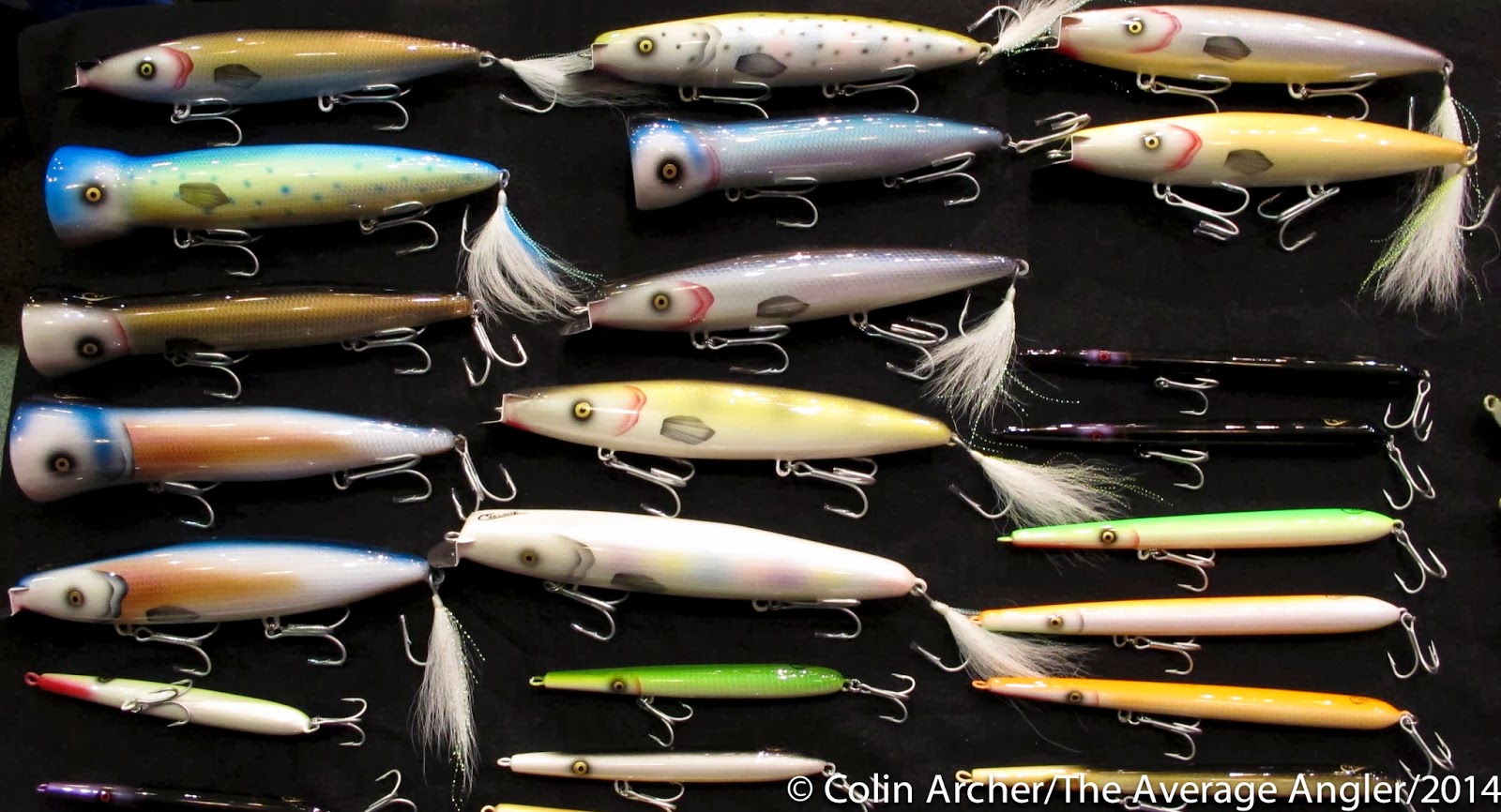 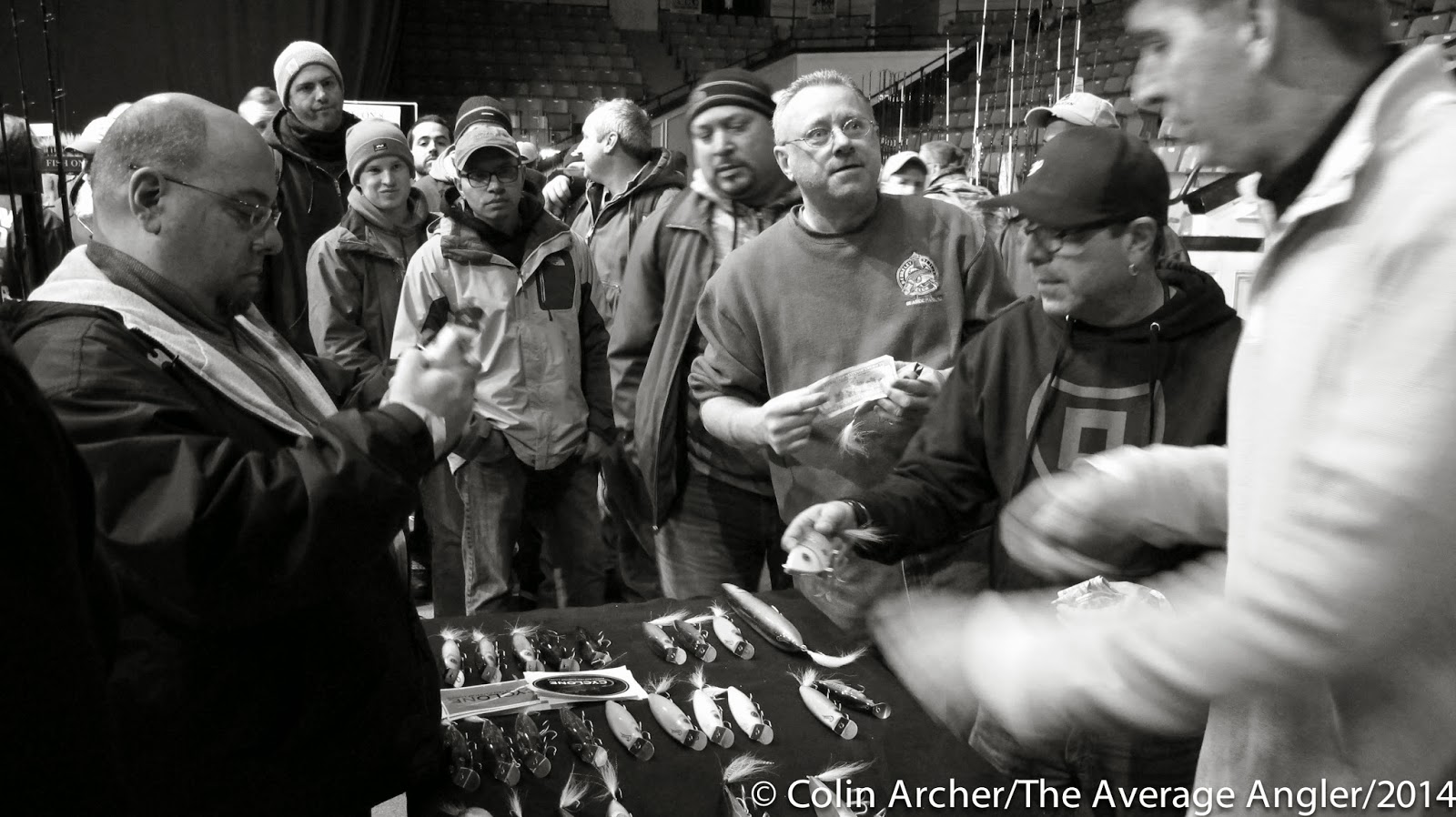 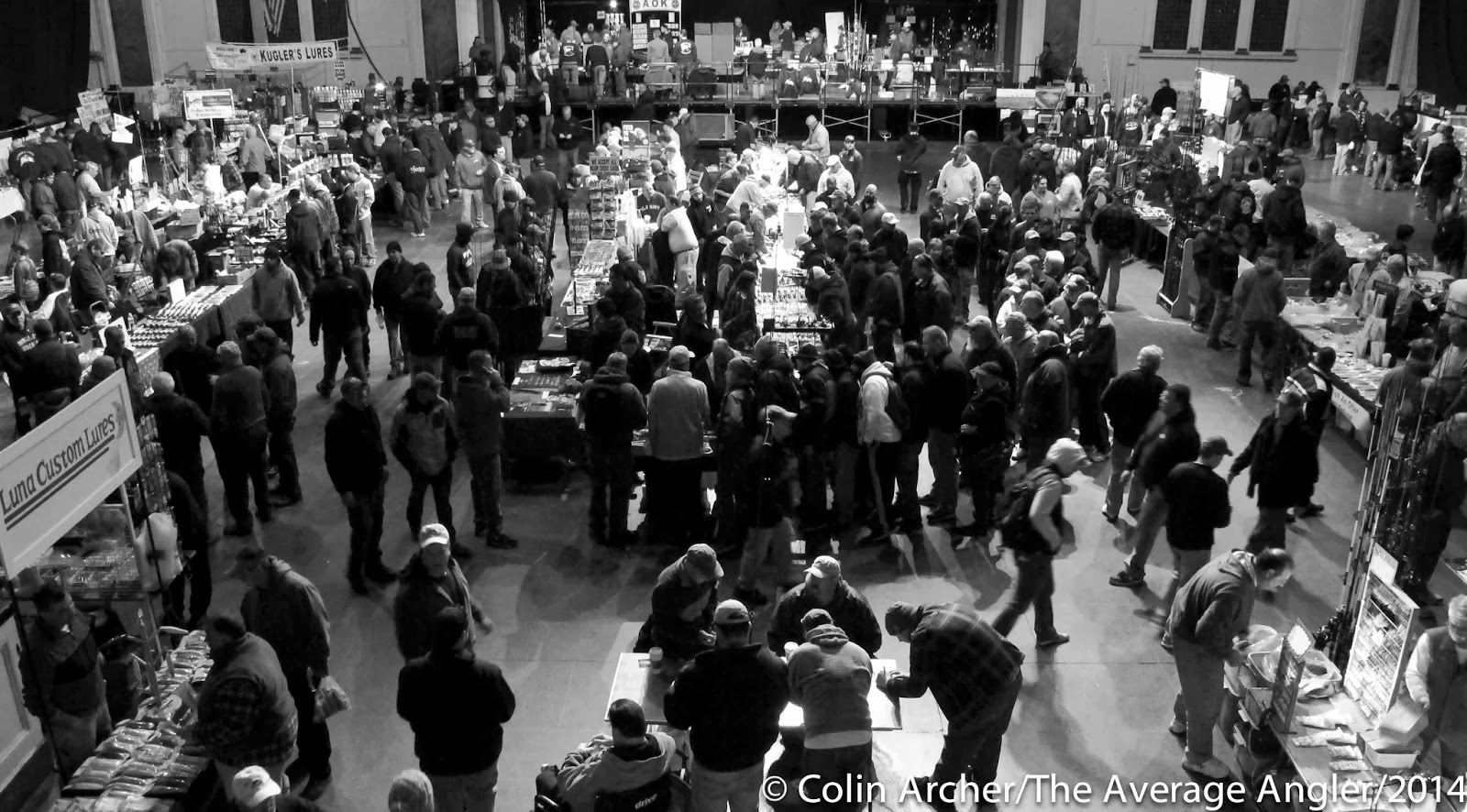 When one table would sell out buyers moved to another table that still had plugs available. In between the plug frenzy anglers browsed and purchased everything and anything related to or even needed for striped bass, bluefish, and tuna fishing. It was a well attended event and I slid out before noon and the St. Patricks Day Parade that was kicking off just outside Convention Hall at 1 o'clock. 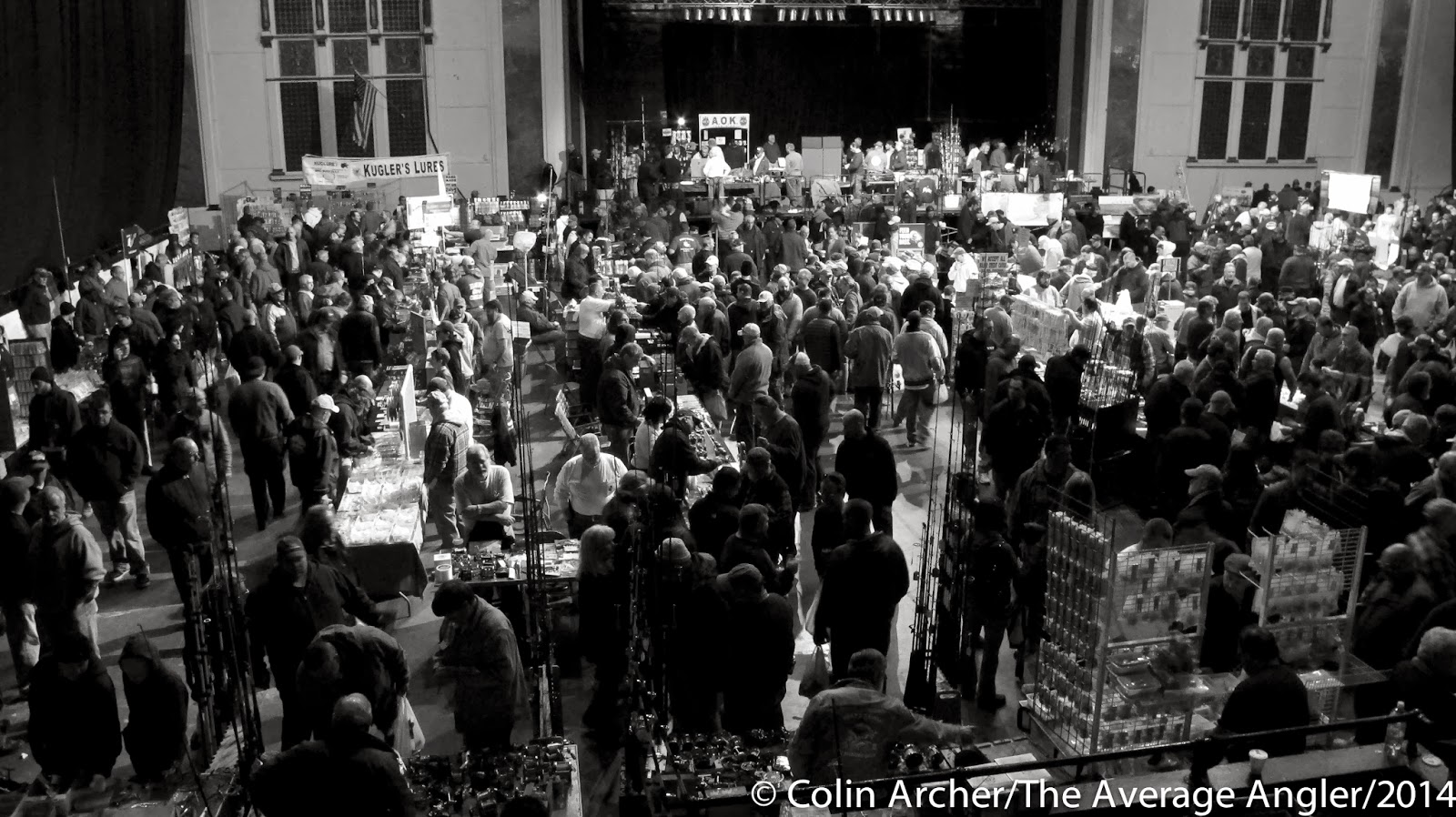 One of the coolest things I saw was Ralph from Hook R Lures "hook up" a junior angler with one of his custom plugs. It was nice to see the generosity and the interest from a new generation of anglers, which is good, because, it looked like the average age of the vendors and attendees was about 60 years old. The sport of fishing, spin, bait and fly, needs new young blood! 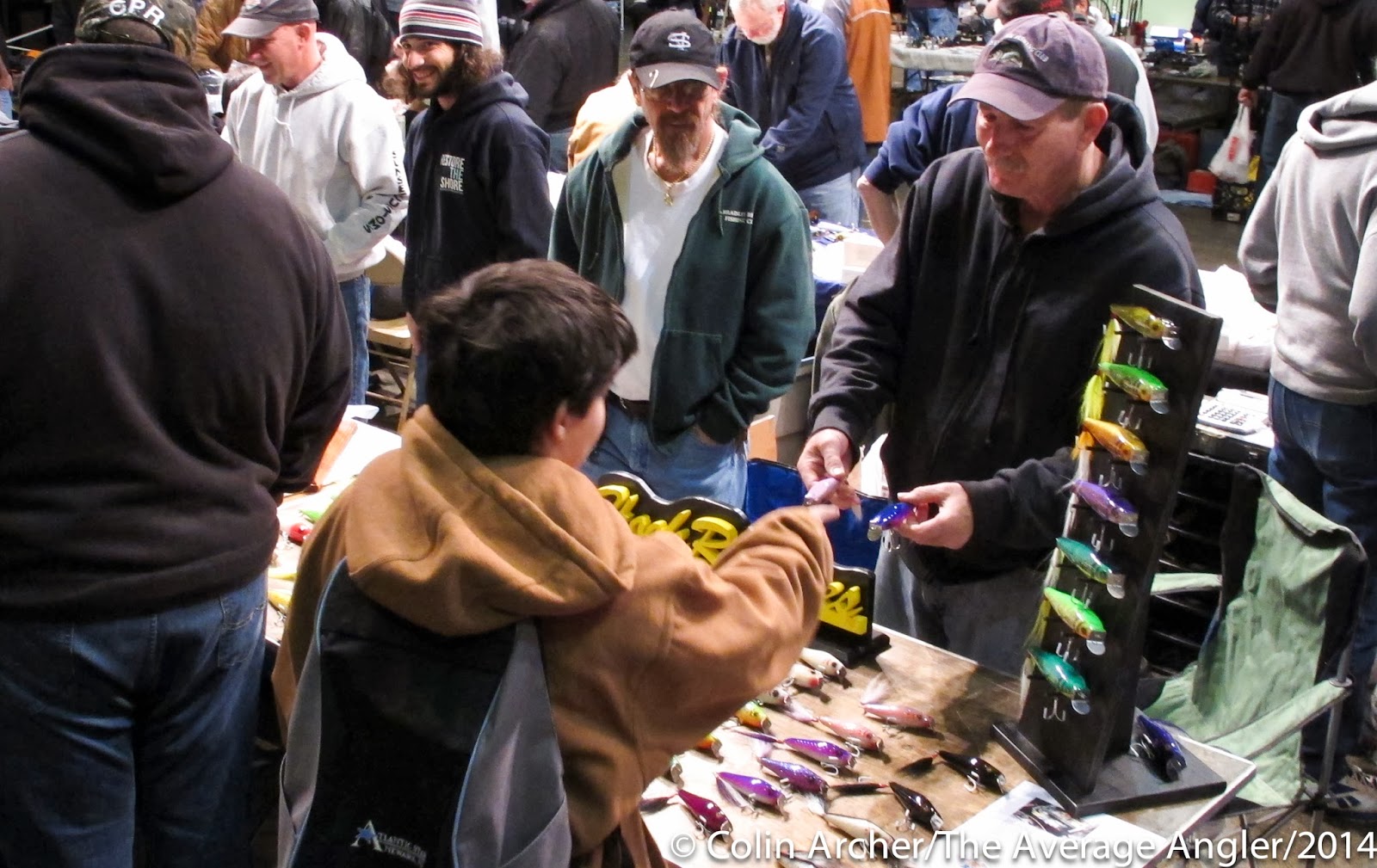 Posted by The Average Angler at 1:49 PM