11.19.12 Checked in on the Highlands and first reports of tickets for fisherman 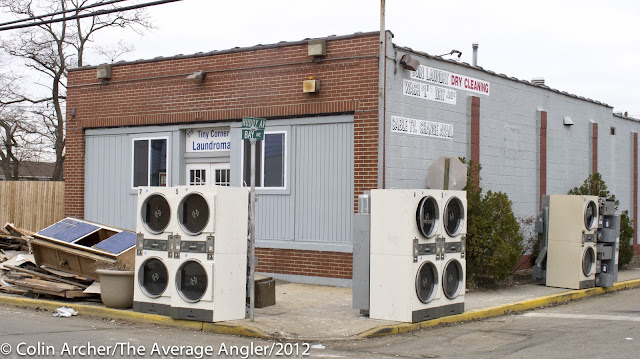 Went to check in on a friend in the Highlands and a quick drive through tells the story of how hard the town got it. It was block after block of peoples possessions sections of their homes out on the curb for pickup. In some cases the piles were just as big as their bungalow style home. Bay Ave got hit hard from the laundromat above down through the residences and restaurants and the municipal buildings. I couldn't help but notice the overwelming number of American flags that flew around the town. 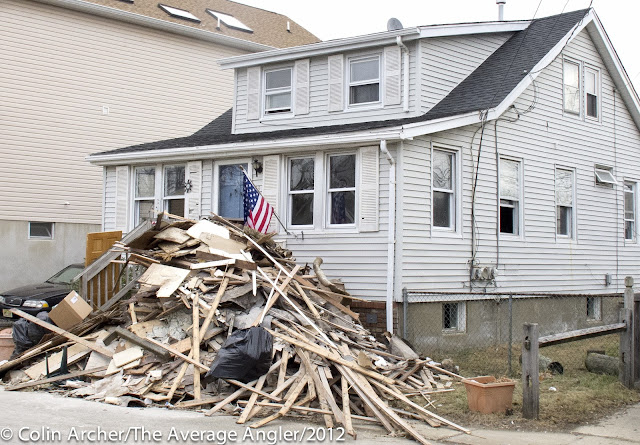 Sandy Hook remains closed and under police watch at the gate, rumors have it that it may not open until spring 2014. 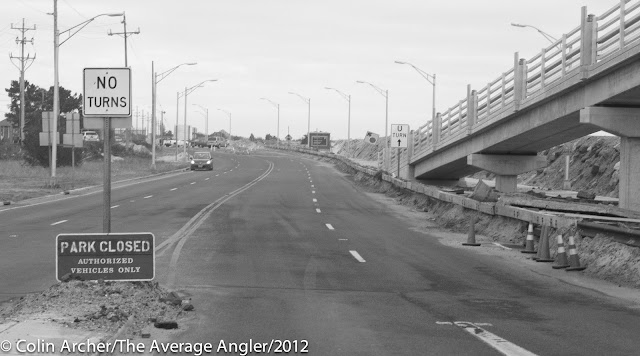 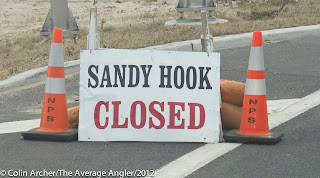 Sea Bright is under a full frontal clean up attack but the areas along the seawall haven't been picked up yet and block after block of peoples possessions line Ocean Ave from Gaiter's down to the beach clubs. Below is a picture of Ship-A-Hoy, and the views are worse from the beach.

Sea Bright is another town whose business district took a beating. Below is Giglio's who is less than a block from the beach and suffered damage but a "We will re-open soon" sign was afixed to the front door. 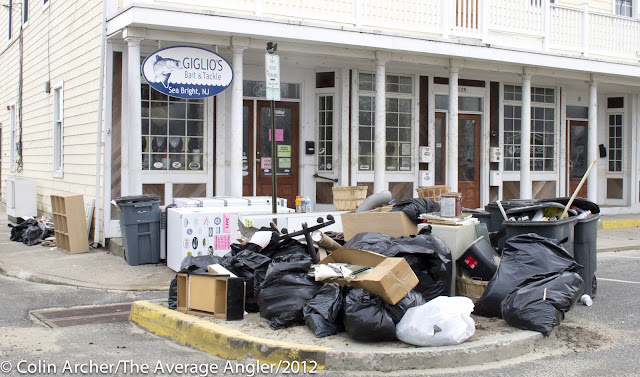 Down in Elberon Pullman Ave remains blocked off as their is no curb line to prevent someone from driving down a steep embankment down to the bulkhead. 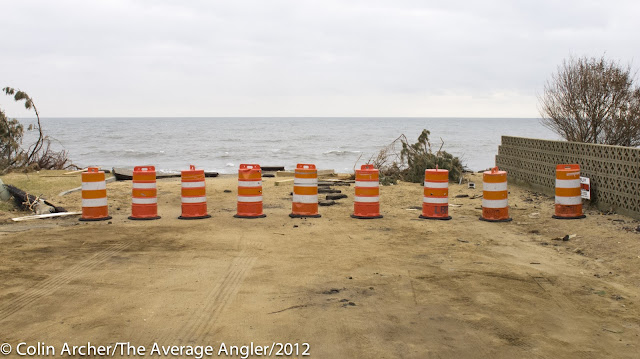 In Deal, the report of one of the first fishing "tresspassing" tickets were issued the other night. It's a mandatory court appearance ticket and hopefully the judge will let the angler slide. Access to our beaches and groins has been severely reduced from the effects of Sandy. It's not only unsafe to try and get out there but the law is watching out, most likely looking for looters than anglers trying to catch a striper or two. 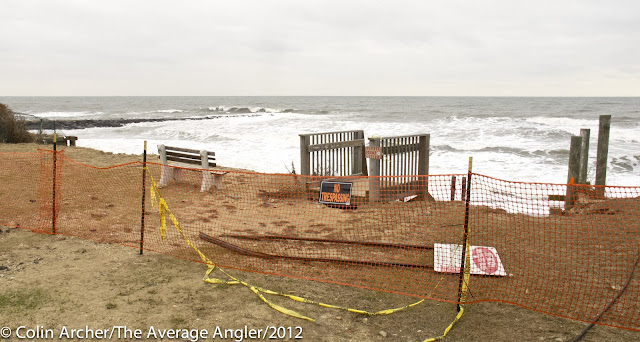 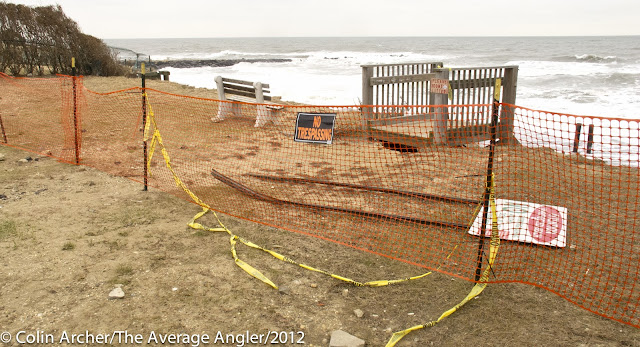 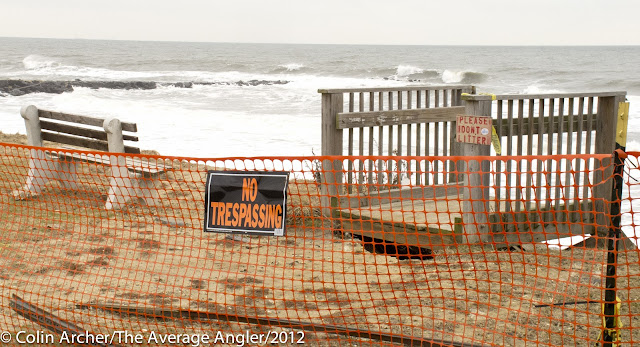 Posted by The Average Angler at 11:36 AM