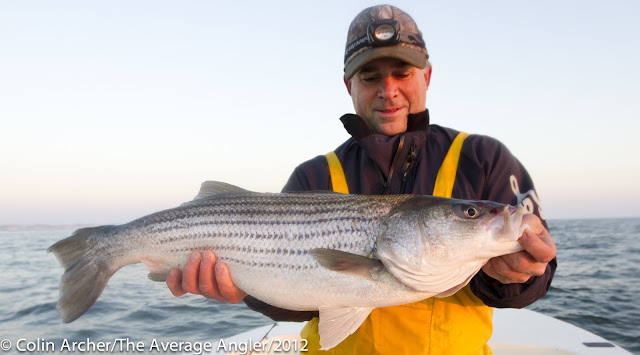 Had Rich out today looking to see if we could find not only a fish, but a good fish. As most of you know I run fly fishing only charters, and don't have nor know , the spinning and bait casting side of this business. But, after spending the last week scouting the beaches, groins and jetties I told him to bring "some of that other gear" figuring the bass, if found, wouldn't be up on top. We started out with two 9 wts, a 10 wt, and a 12 wt rigged with Clousers, Decievers and a Montauk Monster. In addition Rich brought a deep diver, some rubber shads, and an umbrella rig- which after inspected I conceded that I couldn't fish it with my fly rods.
We were at the ramp in the dark and by first light broke the inlet. It was a beautiful morning watching the sun rise as we passed under the Ocean Ave bridge. We thought we saw a kayaker just out of the inlet but after closer inspection we made out what it was. It was a section of dock that had a planter still perched in the middle of it. After three hours of looking and fishing up north, we came back to the inlet only to find the dock in relatively the same place.
We did find some fish rather quickly and decided to cover some ground as we looked to find "fly fishable" fish. There we no birds as we scanned the horizon. With a single hooked plastic diver on wire we found a hungry and fat 18 pound bass down at the 40 foot mark. After the release we came north and found good structure and marked some fish, only to rethink and take a precautionary bumpy ride back home after the wind went S to 12. We stopped and fished dredging the 12 wt without a bump for the rest of the day. We did see a kayaker, part of a small flotilla, hook up with back to back shorts close to shore.

We were back in at noon and dodged our way out of the marina as cleanup crews came and dumped debris that was collected throughout the town. Even though we escaped the current reality for just a hand full of hours, seeing that brought us back rather quickly. 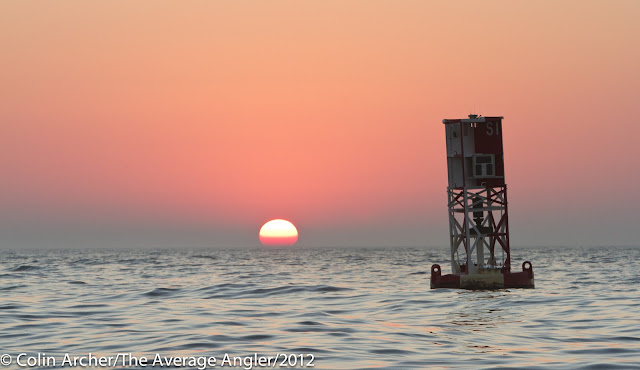 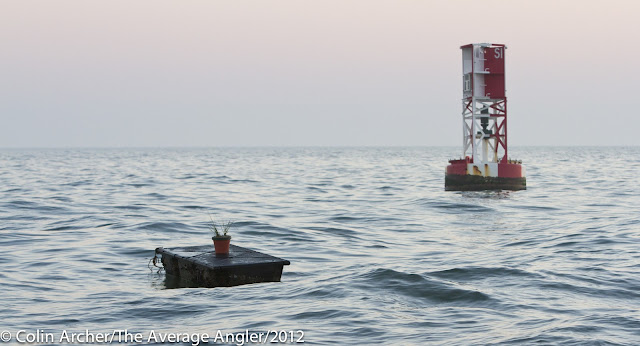 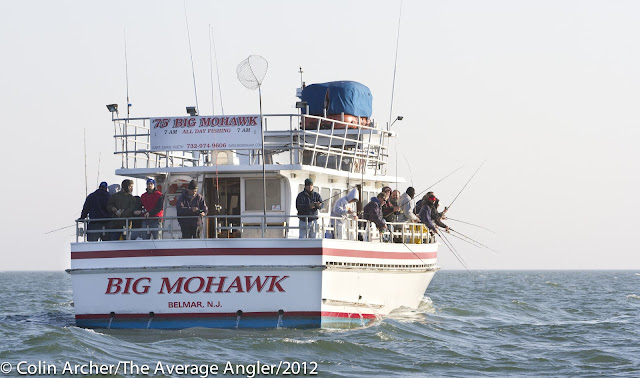