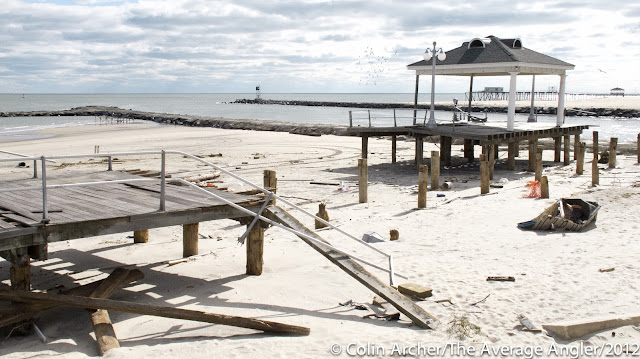 Headed out and down with most of Ocean Township without power and cleaning up. The town did a great job clearing the streets of the downed trees, leaves, and limbs that Sandy brought down. I think they are worried about the potential storm that is being forecast for next week that could bring freezing rain and snow. I hope for all that it passes by.
I started at Belmar and checked out the marina and the boat ramp. The floating dock ois gone but th ramp is open and not cluttered with debris. I think that will be the launch most will use since the Sandy Hook and Raritan Bay marina's took such a pounding and remain closed. That coupled with the debris that's floating in the water which could damage a boat or injure people on board. We tried to get into Lake Como and found police manned roadblocks there and in Avon and Bradley Beach. We got into Avon and made our way down to the water. It was sad to see the entire contents of peoples homes out on the curb. The boardwalk, pavilions, and gazebos were destroyed. I did see one boat coming in from what hopefully was a good mornings fishing.
In Ocean Grove people were out in force shoveling off the cocked boardwalk so others could walk the boards. I also found people salvaging benches and putting them back together so others could sit.

Power remains out, gas rationing is in effect, food stores are open and people are helping people. 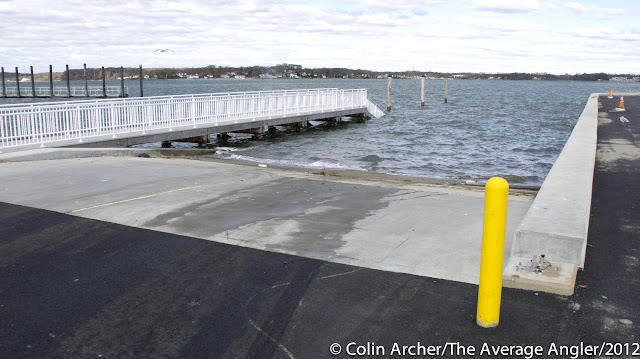 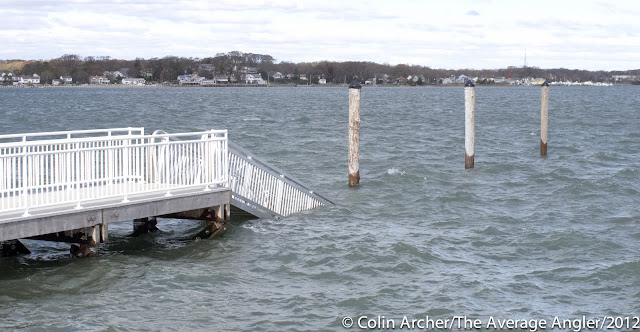 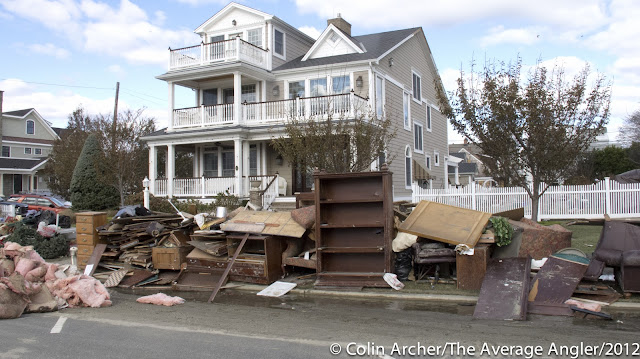 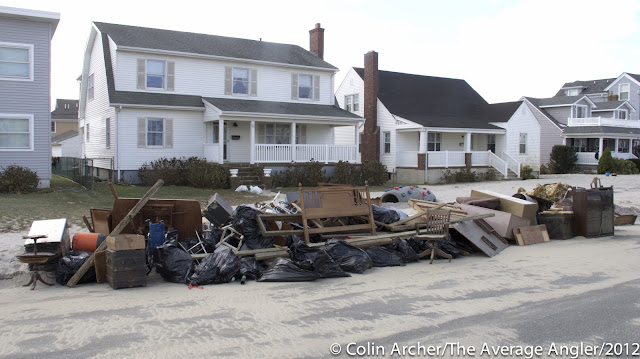 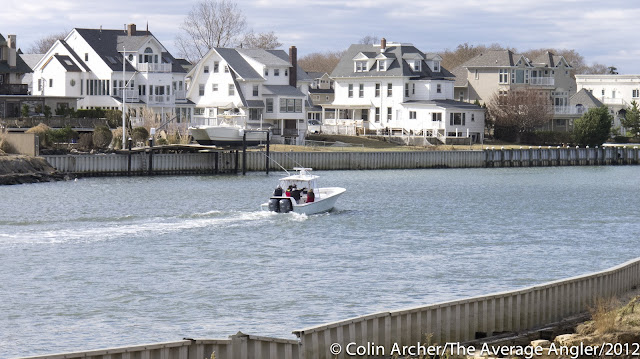 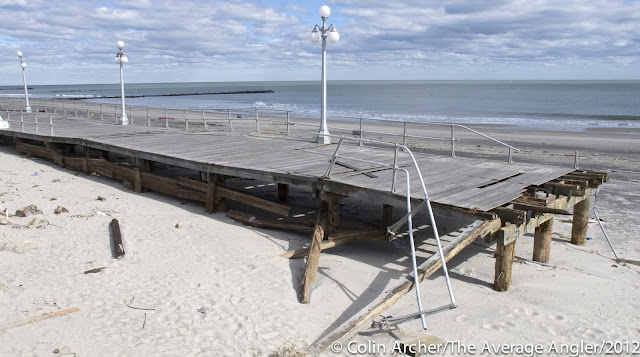 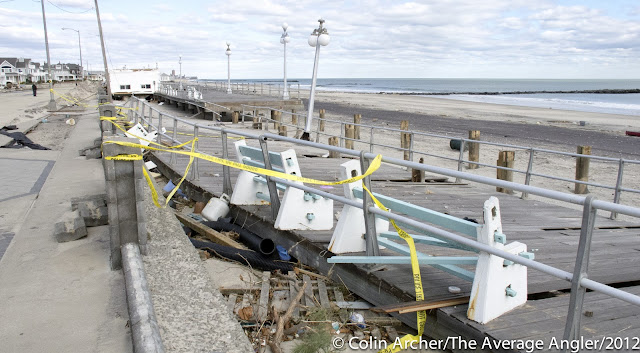 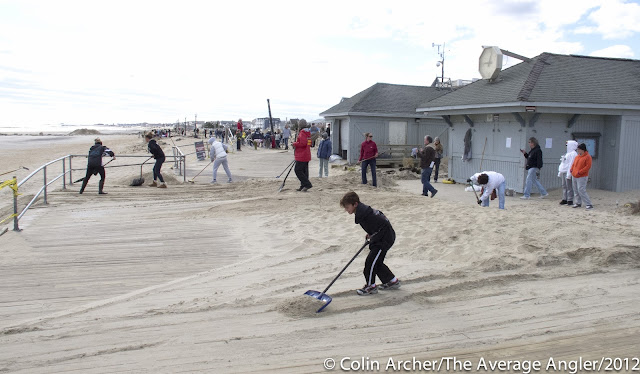 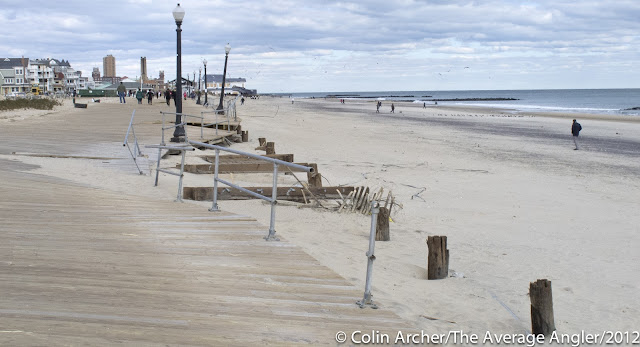 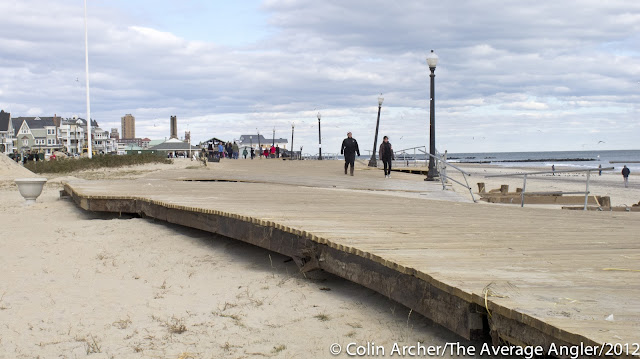 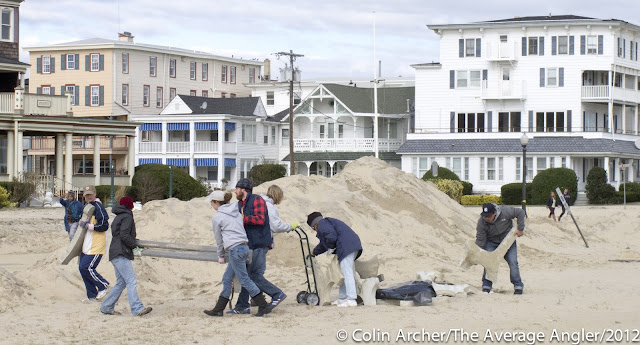 Posted by The Average Angler at 1:45 PM