11.18.12 Today at the Fly Tying Symposium I found some great innovation tucked in the back corner 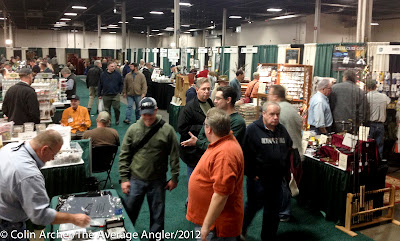 I love people who think of things, work to make them happen, and then take a shot. I must have walked around the International Fly Tying Symposium at the Garden State Exhibition Center a half a dozen times today. I wanted to make sure I saw the celebrity tyers and the flies that they invented or have improved on. On my first lap and stop, I bothered one of my favorite tyers in Leon Piasecki 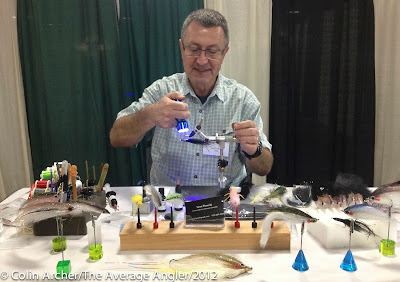 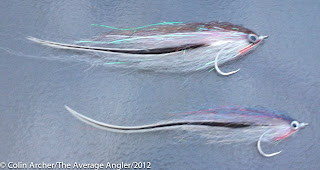 whose flies I bought last year and had success with this past fall. I went to photograph Leon as he tied and soon realized that I forgot to re-load my memory cards back into my camera. So, luckily I had my iPhone to capture something to go with this post. Besides Leon, I saw other favorites like Jonny King, Steve Fahar, Rich Murphy- who lost me after about two minutes, Steve Silverio, Joe Calcavecchia, and Bob Lindquist. I sat in on Mike McAuliff's new lecture on "6 fish on 7-10 weights" and checked in with John Collins, Pat Cohen (sick flies as always), Brad Buzzi, Ben Rinker, and sick Delaware River tyer Mike Romanowski. Sadly, Bob Popovics couldn't make the show as he was attending to his home which suffered from the effects of Hurricane Sandy. 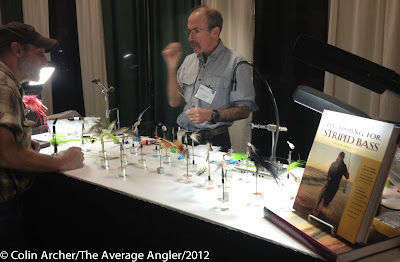 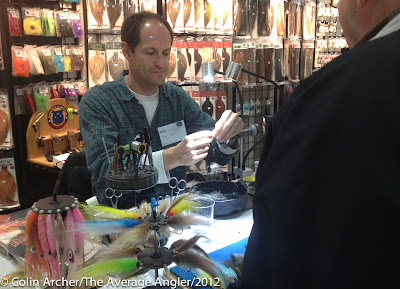 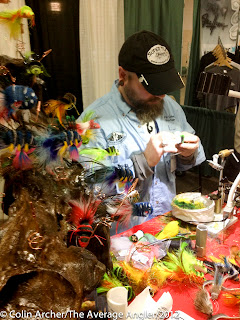 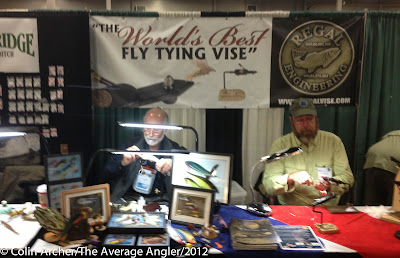 BUT, on my last lap and located tucked in the back corner, I was stopped by a older (vacuum cleaner looking salesman) gentleman at a booth that had a big 'BrineFly" and "Pulse Disc" sign over the display. I wasn't really looking to get sold something but I listened and watched as he demonstrated what, I think, will be one of this seasons best innovations.
First the "salesman", sorry I missed his name, floated a Clouser minnow back and forth in a test tank located on a front table. Then he switched that bait with the same Clouser fixed with a Pulse Disc in front of the hook eye, secured in both strands of mono formed by a Non Slip Mono Loop. The action was impressive. In addition to the Clouser I watched intently as a sand eel and larger bunker pattern were demonstrated. Then I met the man behind this invention. 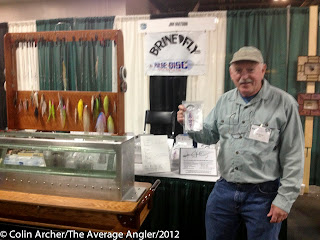 Jim Matson is a quiet spoken Jersey Guy. His worn Atlantic Saltwater Fly Rodders hat gave him away. I pressed him with question about air resistance, fly fouling, proper Pulse Disc sizing, and hook set interference and he answered each as if he had thought of everything through and through. This show is the first time he introduced the product to the general public, but only after showing it to local ringers like Bob Popovics. It's amazing how much New Jersey fly fisherman have given back to our beloved sport. 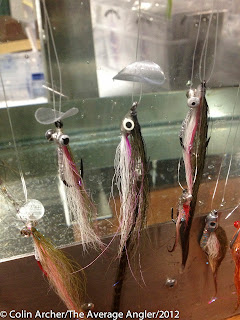 So after I spoke with Jim, his lovely wife, and the "salesman" I did what everyone who stopped by the booth should have done, I reached into my pocket and made a purchase. I spent 19 dollars on two 6 packs of discs, one 3/4" and one 1" set. They are available is both freshwater and saltwater sizes and some models include wire sizes and snaps for toothy fish. You can check out their website at www.brineflyinnovations.com 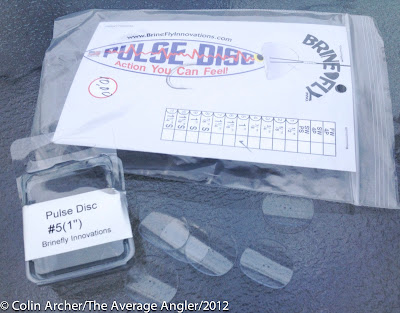