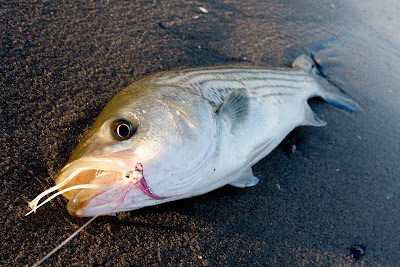 I started my morning off driving past Asbury Park and Monmouth Beach checking to see if anything was going on close to the beach. Nothing but a small flotilla of boats off Long Branch but nothing in the air or breaking on the surface. So I headed out to Canon in Monroe for a camera pickup and then home to catch up on a ton of office work and editing. Finally at six o'clock I needed a break so I grabbed the fly rod and camera and headed to 8th Ave. There were a few guys fishing for stripers and the others for fluke. There were two keeper fluke laying in a puddle on top of the rocks, so I figured they must be around. I blind casted for about an hour and then switched over to a Clouser and tried to run it along the bottom 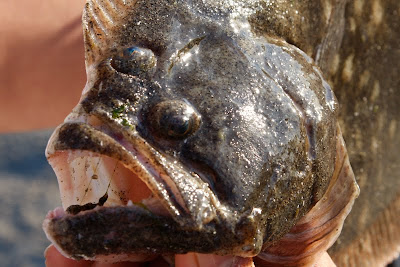 for fluke. I was working my way down the jetty towards the beach and slowly retrieving the fly and WHAM! The fish was strong and quickly I was into my backing. I kept the rod up and worked my way down where I was able to beach the fish. It was about 22 inches. I took a few pictures and then released it back into the surf. I am glad I finally caught a striper this spring, after going O for a hundred days in the fall. It's not my first striper on the fly rod in 2001 I took a charter out of Newport, RI and land my first schoolie. But this was my first since stalking the beaches and jetties since the fall of 2009. Hopefully I will just let it go, and not let it get in my blood. 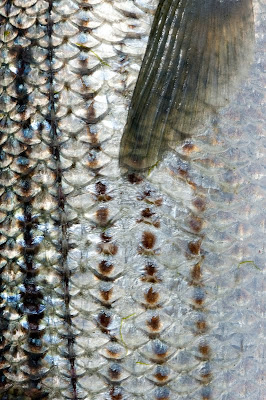