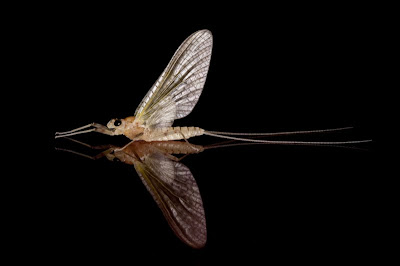 After my sons playoff baseball game I shot up to the Mainstem and hit the Buckingham access. I pulled in around 1130 and parked on the access ramp and put the high beams on the water. The air was busy with the traffic patterns of tons of insects in the air. Occasionally I see a large mayfly float down across the light, and sometimes here a "thunck" as a fish would rise to take it. I thought about putting on a coffin fly or large spinner, but I was more fascinated with the bugs that were drawn to my cars lights. Since I dropped my Mark III off at Canon today, I had to use my 40d with the 100mm Macro lens and ring light to shoot. The image above was shot on my cars windshield. I decided to spend the night in Hancock and converted the back of my 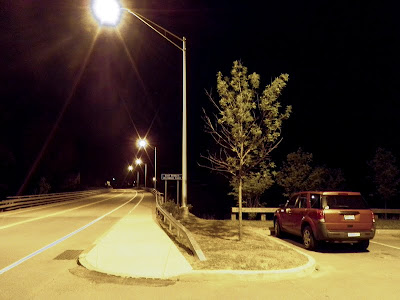 car into a bedroom. I slept at the East Branch bridge pulloff. At 430 I woke up and headed back down to Buckingham, hopefully for a early morning spinner fall.
Posted by The Average Angler at 5:05 PM