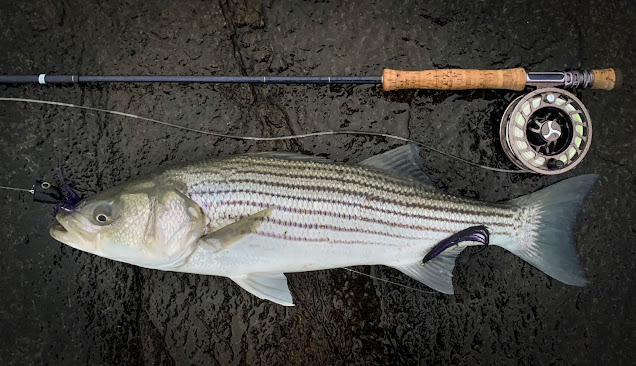 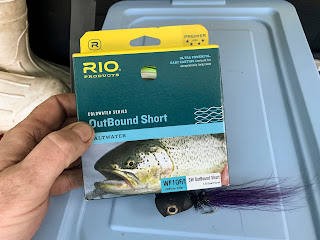 It's the tale of the tape. Initially I thought it was a keeper when I placed the rod down next to it, but after measuring the white tape when I got home, the tape is at 28 inches, I see I am and inch or so short, but it was a good fish, fought like a bigger fish, and wasn't easy to land on the outer third of the groin.
Conditions were great this morning, but it took first light forever to arrive. High tide was at 6 am, west wind, water was clean a green. Boast came out of the inlet and stayed there, I first thought they found a body of fish, but it was just a staging area for the boasts until light arrived and they could move north, either way north to the New York Bay or, a mile off the beach from where I was.
Fished a groin, stayed with the popper and dropper. Had the below fish, "I swore it was a keeper", blow up on it after a long cast. That was one and done for me. If I were a betting man, and one with a rain coat, I would be out there tomorrow morning, its the day it is supposed to blow, and conditions should be the same as today. Leif and Richie were in the area and caught as well, but I'm thinking I was the pool winner for the day. 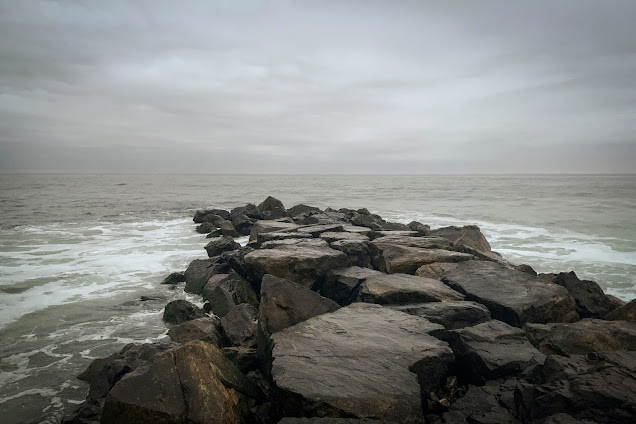 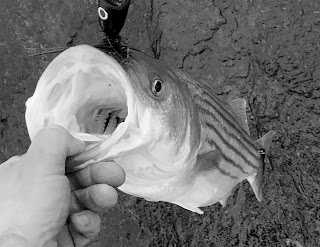 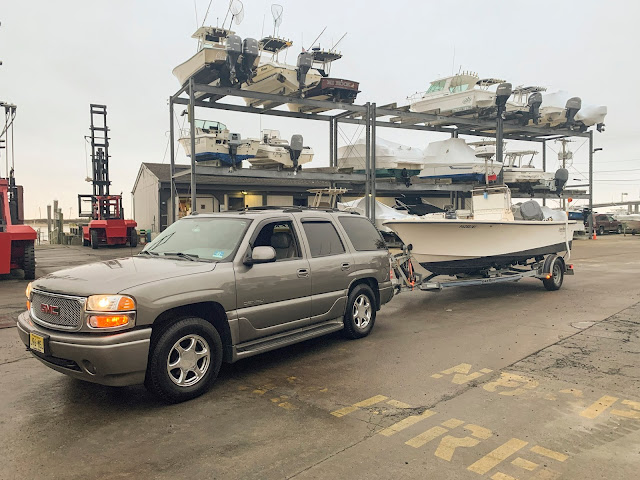 After a beach outing I went and picked up my boat. She looked different, happy, not disappointed, and ready to get splashed into the Sandy Hook Bay..sooner than later hopefully. The warnings about the wiring and this boat are coming in person, by phone, text and email. I get it, I will try and figure out what to do, I'm thinking of towing it over to Terry Sullivan's house for a professionals opinion. Below is a pic of Terry from 2012 working on my old Jones in front of his house.

The other concern I have is the autoride or suspension issues with my 2005 GMC Yukon. Towing capacity 5700 pounds, Jones 19'10" comes in at 2100 pounds, plus the gas and the motor and the stuff, and 2 tons of wiring. Anybody that knows anything about the GMC air suspension system please give me a call 732 261 7291. Thanks 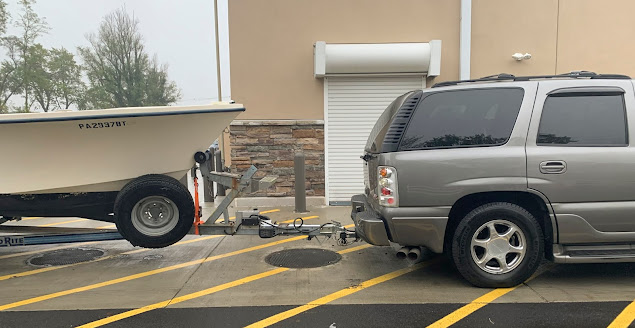 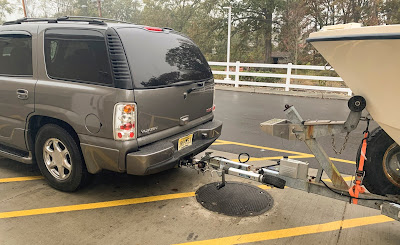 Posted by The Average Angler at 2:29 PM