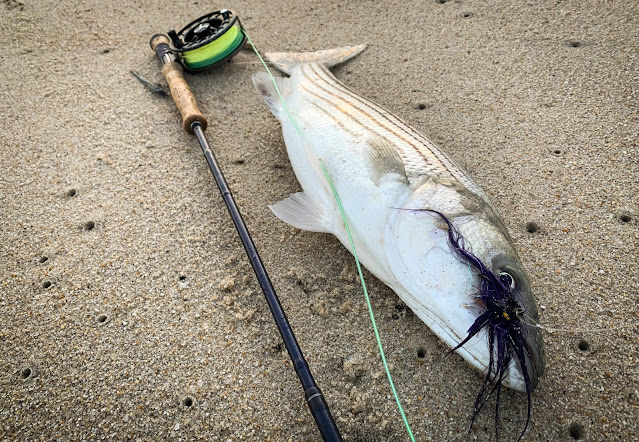 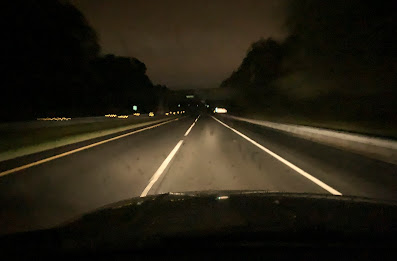 Went to bed at 1130, Woke up at 1215. What to do? Do I just go or do I wake her and tel her I'm going or ask for mercy and permission. I chose option #3. As I drove down 195 it started to rain hard, I almost trend around but I saw that the rain was coming from the west and if I hurried I could get some time in to fish, grab a nap through the flip, and then fish again when it passed. 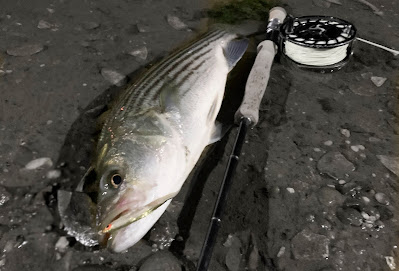 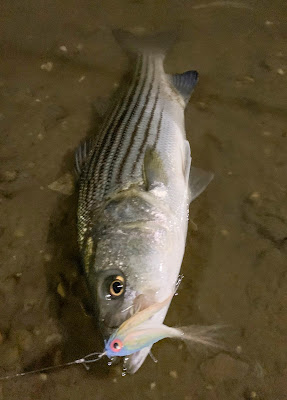 First spot didn't out back didn't disappoint as first the peanut bunker were getting pulled out with the ebb tide and then towards the end of the tide the bay anchovies poured out. I hd tandem flies on most of the time so they just grabbed whatever fly they wanted. First five casts equalled five fish. 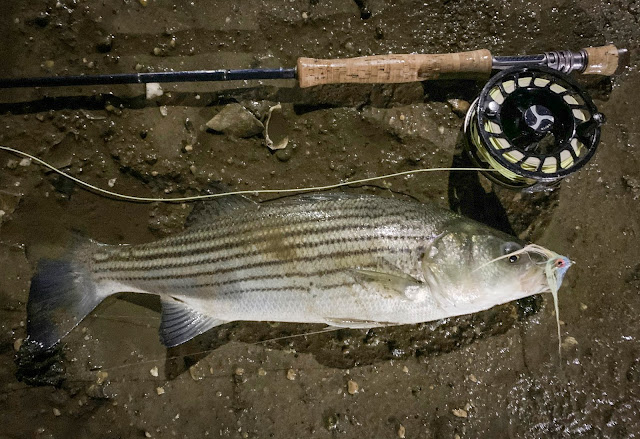 When it did get near the end of the tide and small offerings were what they wanted I tied on a Jim Matson special. That produced well on a cast, plop, and dead drift with the current. I lost count of the number, maybe a dozen plus, and I decided to move along to spot #2, which I fished but the tide was an hour in and hadn't enough water in the spots I wanted. So it was move along and head to spot #3, 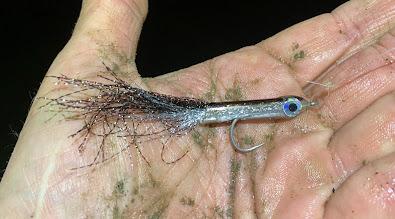 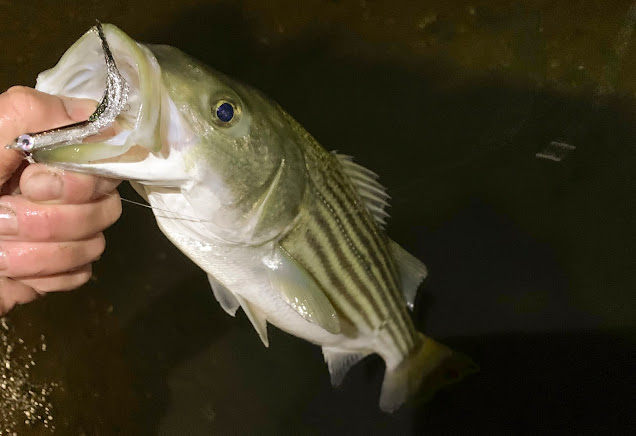 which was going to be my last stop for the long third shift. I really haven't been through Asbury Park, or maybe didnt pay attention. I remember maybe 10 years back it didnt look like this and the edgy, sleazy, grimy, past would shot its head as I made my was to 8th Avenue, hookers on Bond Street, drugs on Springwood, men soliciting you as you pulled into the parking lot. And lights? Kingsley Street looked like a airport runway. It was nice to see it on its way back. 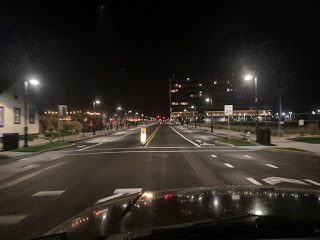 At the final stop there was less water than stop #2, but I tried it anyway for about and hour before walking back to my truck and catching some sleep. I must have got about 45 minutes in and when I woke Leif was pulled up next to me, light had arrived and the water was in, way in. It was easily 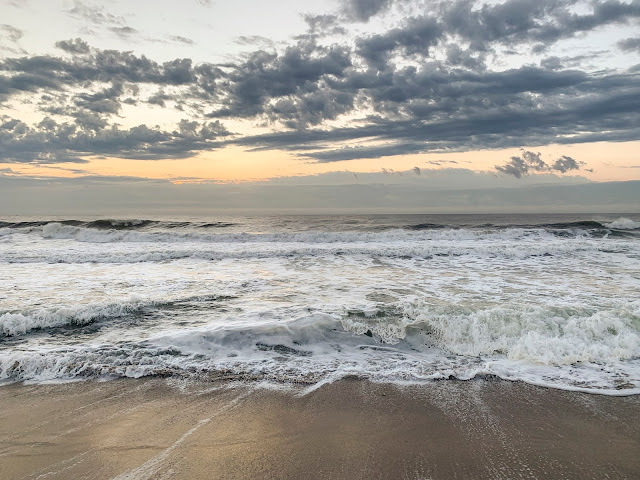 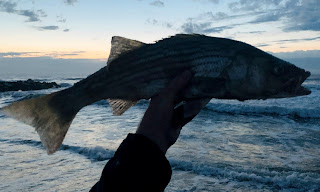 fishable but you had to watch it, standing to low on the beach scarp and not paying attention to passing waves would surely have you digging your heals in to not get sucked out to sea. Sunrise was around 7 am and high tide wasn't un til 10am, I wish I could have been around for the outgoing, it was just off color enough with good white water and and a strong fish smell to tell you it could be good. But after a 7 hour shift it was time to head home, grab a shower and a coffee, and go see patients. Before I left as Leif and I worked our way to meet in the middle of the beach the below fish grabbed one of my two flies nearly on the lip on the height of a wave. It was good to smell like fish, good to be tired, good to fish about a whole tide plus, and I'm just glad I didn't roll over or turn around when it rained. 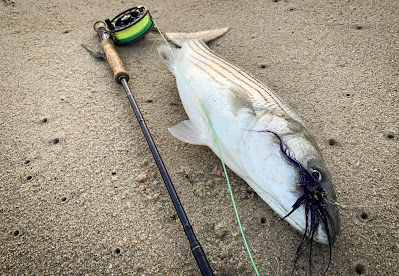 Posted by The Average Angler at 4:30 PM