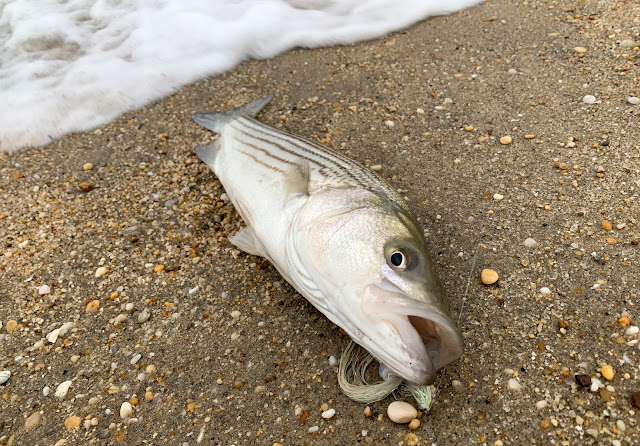 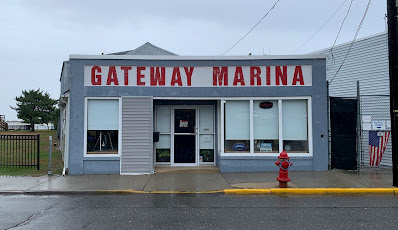 Had to make my way to Monmouth County to pick Erin up a her job at 7. Made a few quick stops, one at Jean's Canvas Products in Belford, and at my old stomping grounds, Gateway Marine in the Highlands. The first was to check on prices to get a boat, uh, cover repaired and the latter to see about getting service on a Yamaha engine before getting a boat wet, just checking for a friend. 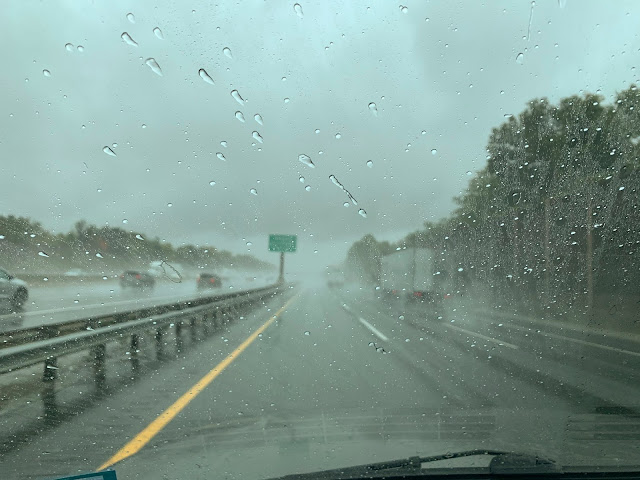 Decided to check out front, well, I committed to it, even though the rain was sideways on the way east. It was still raining as I geared up under the cover of the tailgate of my Yukon, keeping me a little dry between the wind and drops. 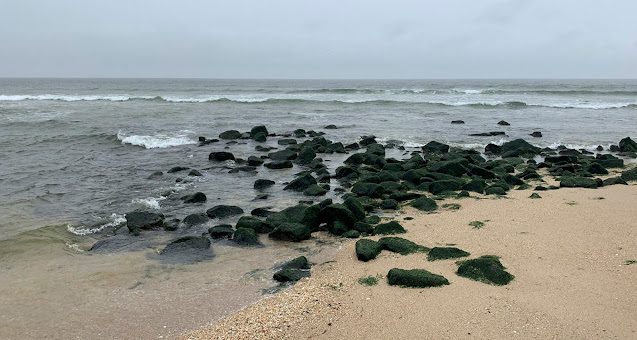 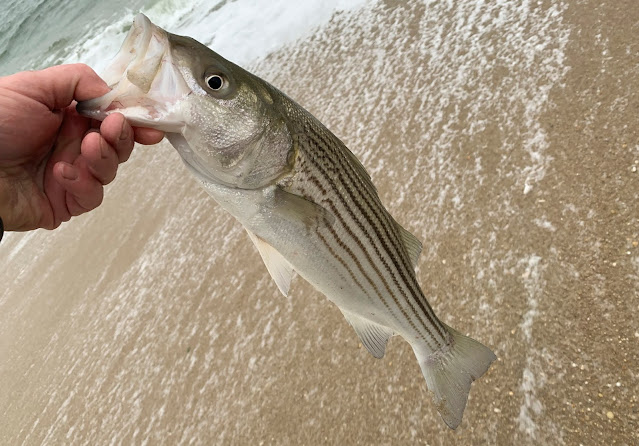 Had mid-incoming and fished to just about the top of the tide. Beautiful conditions, great looking water. Some life, incising a sea that looked the size of a walrus, birds on patrol and keyed in on bass blowing up on bait on the outer part of the bar. I had some water around but knew I would have to wait on the water and for any fish to arrive. 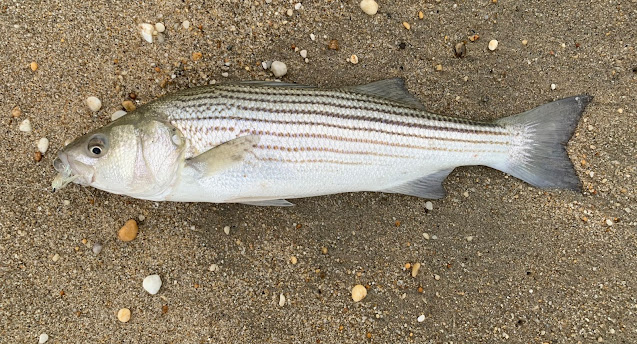 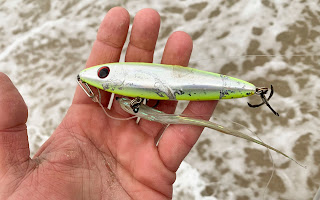 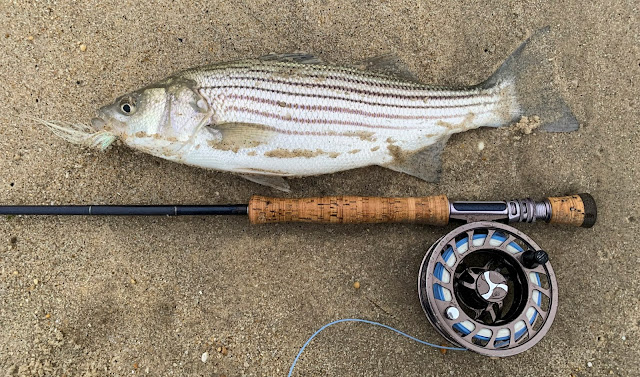 We used to judge a good outing as, "Any keepers?", meaning 28 inches or better. Well due to the decimation of the striped bass population, coupled with the destruction of the beaches due to Frank Pallone, his voters and the Army Corp of Engineers , bait doesn't stick tight to the beach and there's non reason for predators to come in a as stay for a while. Its in. and out or up and down, thats it. So recently the question has been "Did you get any?". And from now on a 24 inch fish is a good fish. 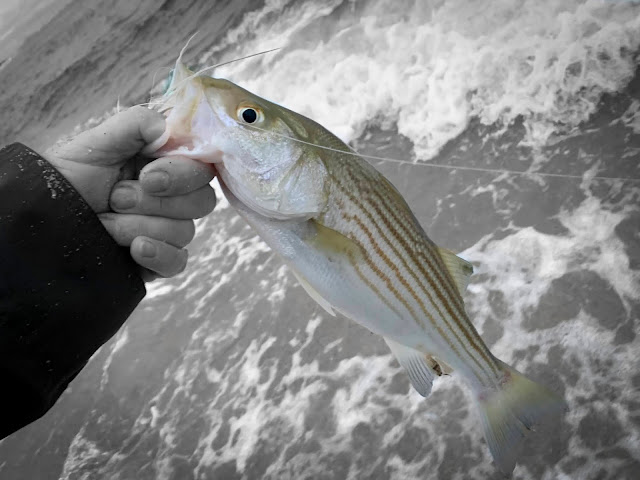 Posted by The Average Angler at 10:20 PM