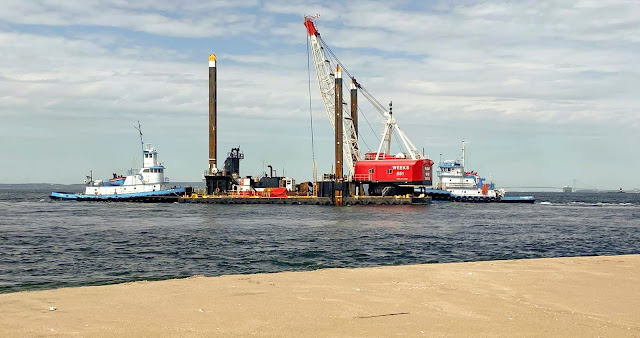 Yep, it that lull time of the fall run. Beaches are quiet. Boats are picking fish here and there, mostly livening bunker. It just hasn't "went off yet". We're coming off the full Harvest Moon, the next New should really get it going.

The pic above, hijacked from Facebook, shows Weeks marine dredging the channel, so Sandu Hook is closed I believe from Gunnison north due to replenishment projects. This phase is going from the False Hook down to Sea Bright, so expect lots of heavy angling traffic in on those beaches you may usually fish alone. 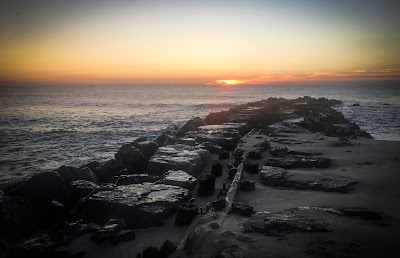 Friends down by the beach have picked a fish or two but its not consistent, you just have to put your time in, eventually a dumb fish will swim by. The below pic ws send from a. friend to a friend it was a 23 pound bass that fell to an eel in, what would one say, a narrow stretch of water that moves fast with the tide. 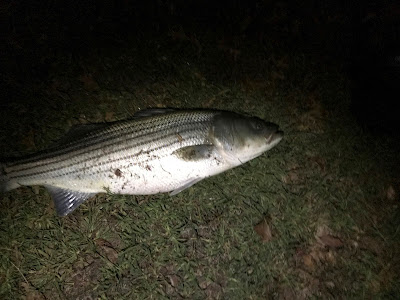 Posted by The Average Angler at 7:21 AM