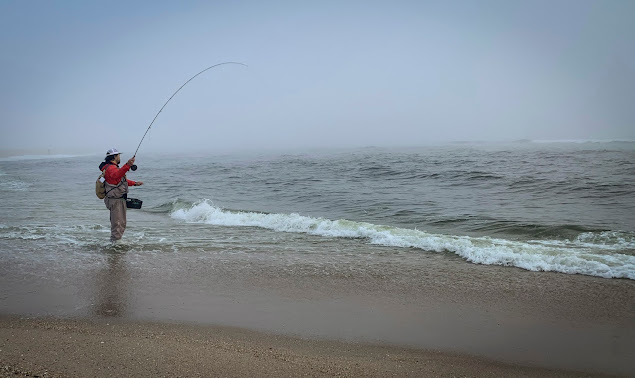 That ws the question first year salt flyrodder Amrtin asked me as we shared the beach this morning. "It hasn't even started yet?". Well I hope. He started this year, got one over the summer, three the other day and after I left him texted me a picture of a bunch he caught after I left. 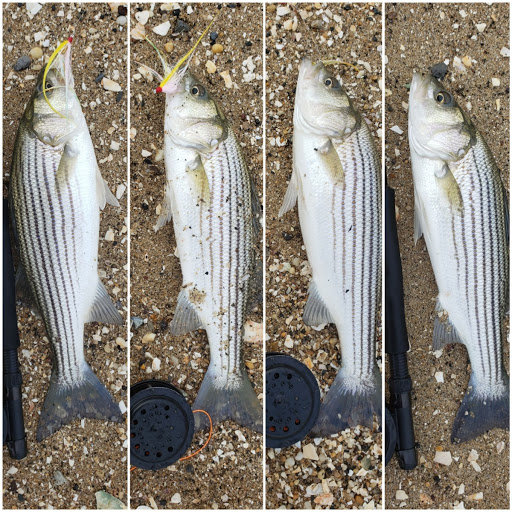 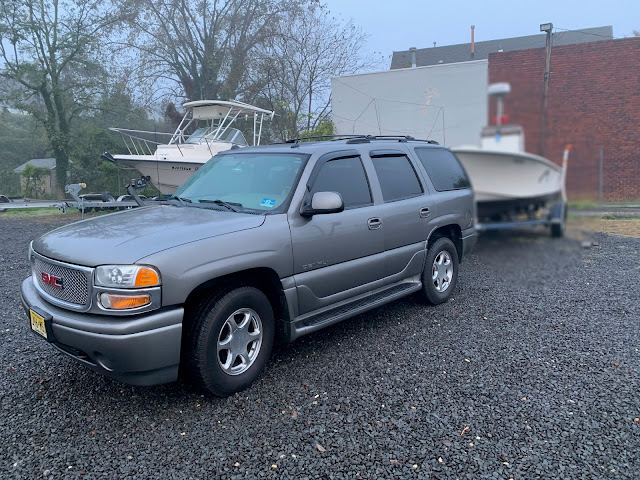 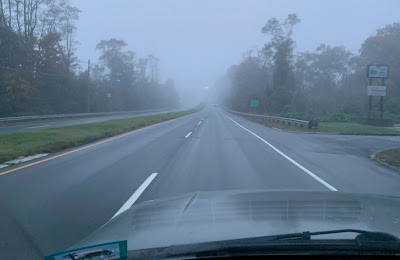 I was down that way, because I down that way. Just dropping off a little something for some friends to look at. I must say, so far my Yukon has been a great choice, not bad for 16 years old, pulls and handles very well. This morning the fog was heavy coming up the Turnpike and I'm sure pea-soup-like out on the water, good morning to have radar on the boat. I remember many trips delayed as we waited for the fog to burn off, or fake it good fishing within sight of the ramp, just to make time go by. 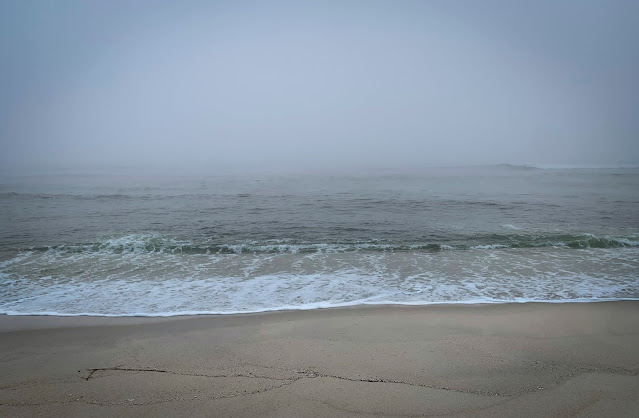 Martin and I shared some laughs and I gave him my quick striped bass and fly fishing speal, just when you think you know, you realize you know nothing. We watched as I think swimmers that crossed the English Channel appeared out of the fog and came out of the water, her whatever you're into, but do you have to scare the fish away?

I fished for about an hour and some change before having to head west to work. Again, Martin had the incoming and it did him well after I left, not by much as I was driving when he texted me. A quick stop to see the Raritan bay covered in fog got my interest peaked as it has been a while since I was on the fish from a boat in the bay. 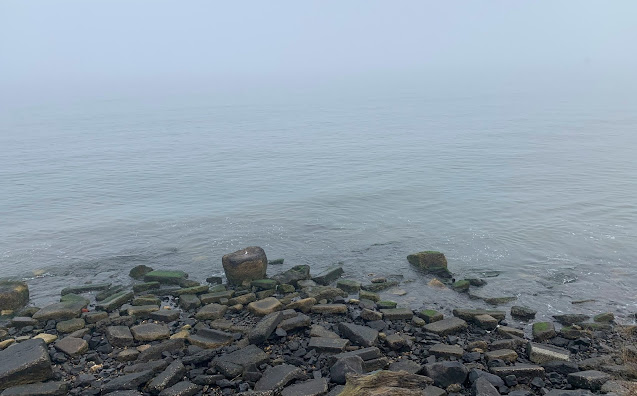 Posted by The Average Angler at 6:24 PM