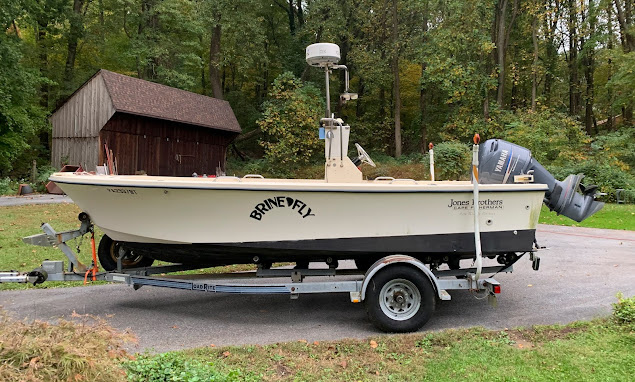 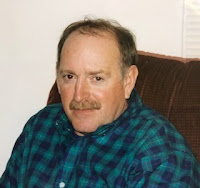 I'm thankful, grateful and blessed to have been able to take over the journey of Jim Matson's, "The Pulse Disc" guy, 1997 Jones Brothers 19'10" Cape Fisherman. As you know Jim passed away in July 2018 and his wife Laura has had it up for sale. So after reconnecting with her, and the back and forth in my own head, and with Theresa, and with close friends that have similar boats, it was time to pull the trigger, and today, with Theresa sitting down with Laura and I, I did just that. I'm back in. 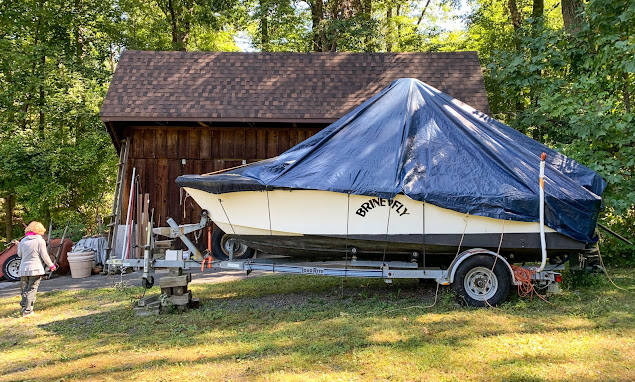 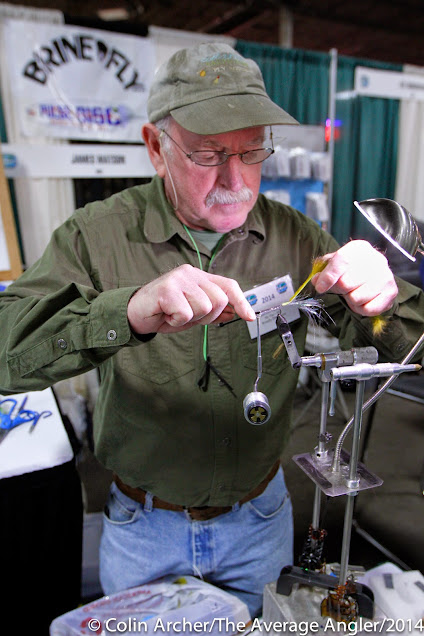 Laura had found a few pictures of Jim on his boat, and the below image on the Great Bay is dated, 10/28/1996, which was most likely when he first took ownership of it. That is one proud Jones Brothers owner there. So the boat is going on 25 years old, or young, depending on how you look at it. There are more options on that boat then I can even imagine, miles of wiring that go in every direction and back again around the boat, toggle switches that click this on and off, and brackets and locks that I don't even now what kind of option they hold. Now, she ain't perfect, soft spots on the deck show a need for it to be cut out and replaced, and while there, a new gas tank too, a costly and time consuming undertaking. 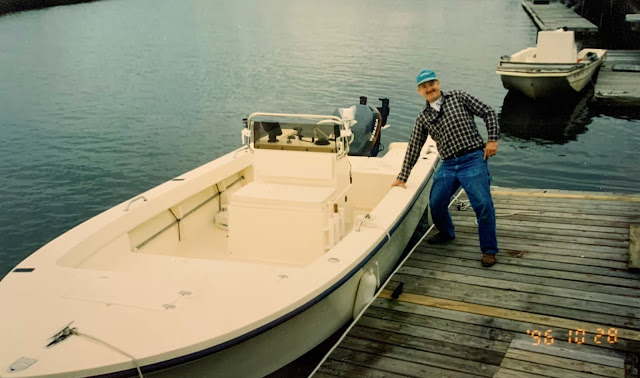 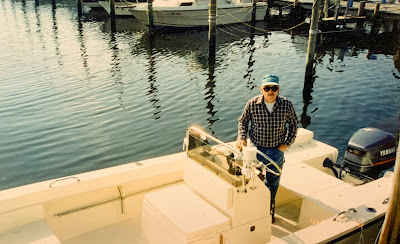 Early this fall I started to think about my old boat and the upcoming fall run and the good days that I had out on the water. This past spring while fishing the Delaware River near Trenton I also thought of a boat that might be good for both the river and the ocean. Jim's boat will serve me well on both, especially with the jacked up electronics and the side scan options and the bow mounted trolling motor. His 175 Yamaha is mounted on a jack plate which is great for navigating skinny water. 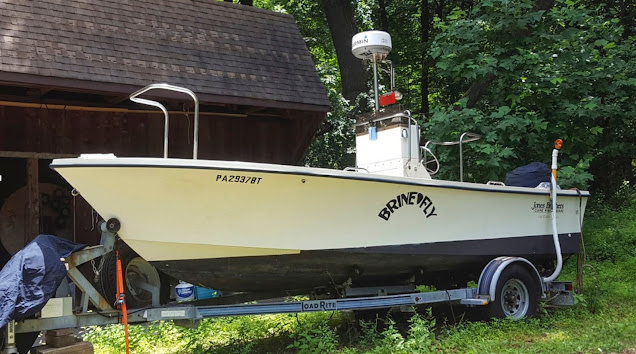 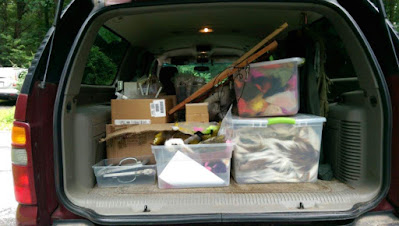 Shortly before Jim passed he started to give away a lot of his fly tying materials and gear, above is a picture of a guy's cargo area after a visit to Jim's laboratory. Below is the last picture of Jim on his boat, checking it over with Mike, getting it in order, sadly knowing he had taken his last ride on it and it would most likely be sold sometime after his passing. 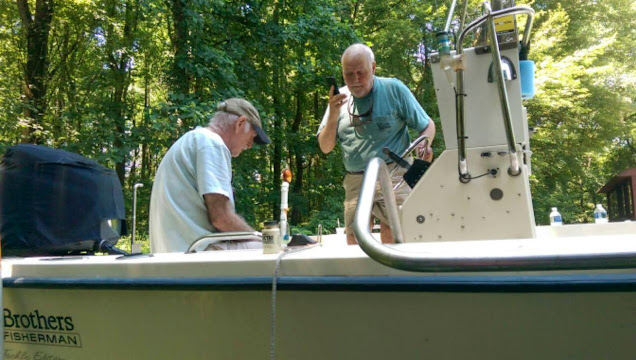 I wish I got to spend more time with Jim. His mind was that of a mad scientist. While his passion for fly fishing and fly tying is known amongst close family and friends, anglers across the country and globe only knew Jim through his design and distribution of The Pulse Disc. He was truly a great guy, had a great mind and a heart of gold. I will treat his boat with the love that he had for it, and hope to catch many fish using some of his flies, and his flies will most often be led by a Pulse Disc. Here's a thumbs up to you bud, thank you, and say hi to Ryan up there for me. 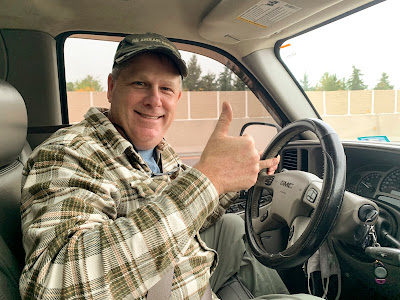 Posted by The Average Angler at 4:59 PM