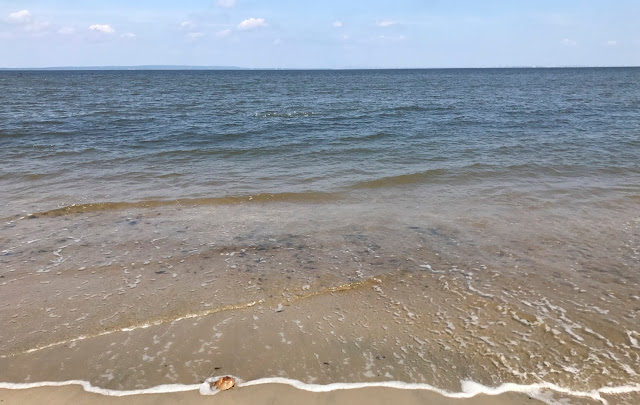 Had a break in the day and knowing the ocean was big and brown I headed over to the bay. Peanuts galore with an occasional bluefish blowing up on them. Didn't hook up but had plenty of snappers nipping at my white Snake Fly. After I headed over to Jersey Joe's for a single dog. If you haven't had one of these, do it, and if you're a big guy do for the double. Its in Port Monmouth opposite the Spy House. 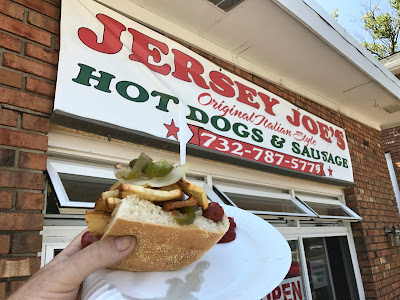 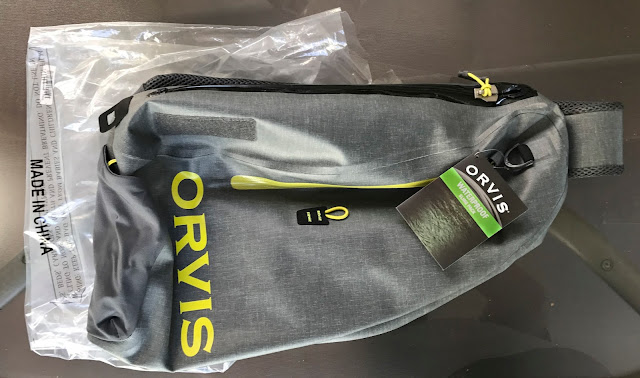 Last week I put an order in with Orvis gearing up for the snotty fall weather. I purchased the Orvis Waterproof Sling Pack.  Funny the tag inside that says in big letters "MADE IN CHINA" also says "Not to be removed until delivered to the consumer". I wonder if that is some international law. 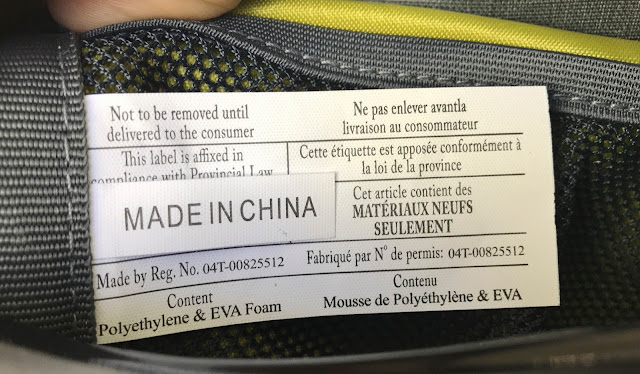 The last waterproof bags served me well, for awhile, but then the coating outside started to fade and then weaken. I have been caught with the regular Sling Pack out in bad weather and have wound up with gear and cameras and cell phones floating in the water that collects inside. I really hope this is as good as "they" say it is. Lot's of good reviews out there on it, I hope that some of the reviewers are salt water guys. There is a big difference between fly-fishing the salt and freshwaters, not only weather-wise but the salt is the X-factor to so many products. It goes for $219.00. I wonder what it would cost to make in America.

Posted by The Average Angler at 8:50 PM