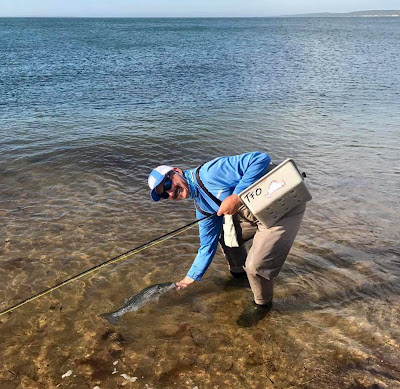 Finally, at 3pm, the sun came out and the clouds went away. However the wind continues to honk making sight fishing difficult, but at least there's sun. Everyone was busy going in different directions today. We started the day with breakfast and Bob's "Coffee and a Fly". It's something he started a few 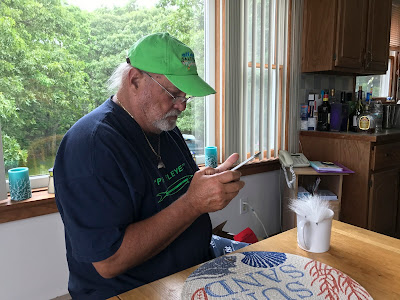 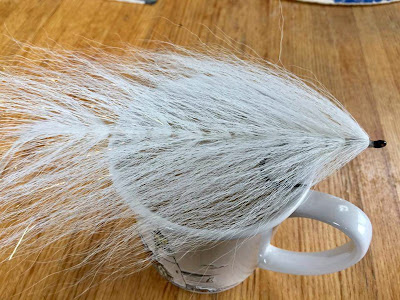 trips back and today it was coffee black with a Beast Fleye. Captain Dick and I decided to team up I think he wore a tie-die shirt to match mine. We hit a spot that was easy access and held plenty of fish.
Dick is 79 and still throwing tight loops and putting the fly on a plate. Real fly-fishermen stay fly fisherman when they get slightly older. He adapts and overcomes even casting to fish while taking a break on his handy dandy chair. I love spending time and fishing with the good Captain. 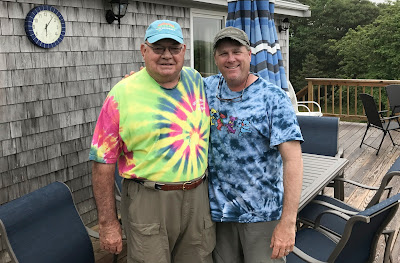 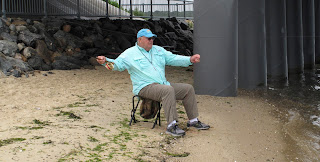 We hit the nursery school during recess and got a bakers dozen until the tide had them on the move. Drama #1. As we were leaving and I was double checking my stuff I said to Dick, "I lost my phone". I started walking back and forth on the beach and then realize it must be in the drink. Luckily the tide was on the ebb so it made seeing the bottom a little easier. The place where I fished most was sandy but dotted with small rocks, that were black, like my phone. Don't you know I found it! And it still works. Don't know how many lives this iPhone has but thankfully it must have 9 lives. 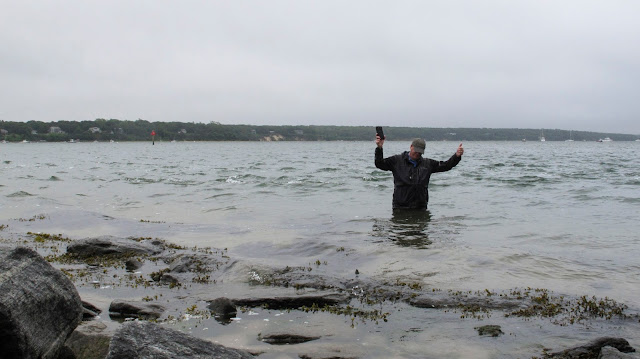 We had a nice lunch before heading back home where I jumped in my truck and hit Dogfish. I spent some time blind casting before sitting back and relaxing and even dozing off for a bit. When I woke it was still the dead sea so I headed back to the house.......Drama #2. So I look at my dash and 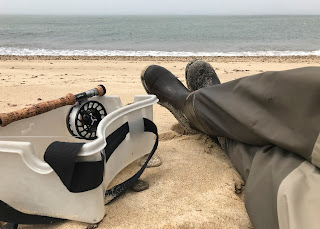 the check gauge light is on and the temperature is pinned to hot. Not good. I have to be back for class at 430 on Thursday or I won't graduate till another year because of the way classes are scheduled. Dick and I checked it out and I filled up the radiator with water...maybe its a leak? It's gonna be a long ride back across the island and to New Jersey. If I can get to the mainland I might just dump it and rent a car. 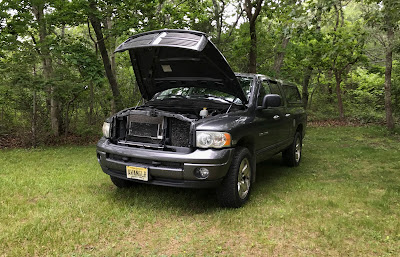 Since I didn't know what to do with the truck I asked Dick to drop me off at the pond. About 40 minutes in on my walk the sun popped out and the clouds left. Even thought the wind was still honking, and it was almost the top of the tide, I could still see fish, and even had a few shots at a few. I had two refusals and a bunch of targets, but with the way the sun was the window to see them was tight. Most times they snuck up on me and I couldn't get a good lead-them cast. I shared the beat with an absolute stick who managed one and put on a clinic of casting in tough wind while sight casting.

The boys did well with Bob and Joe hitting two spots and getting the photo of the trip with Joe and a nice bass in blue-bird skies. Dick hit the beach and broke the ice while blind casting and Bob had a few so everyone is on the board. Around 6 I joined Gerry and Steve as they took the walk to some deeper water that has produced well for them this trip. They had the same class fish as we have been 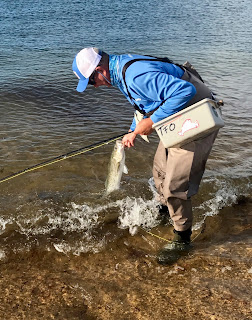 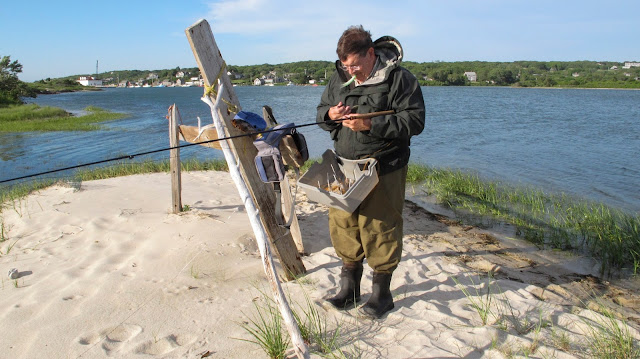 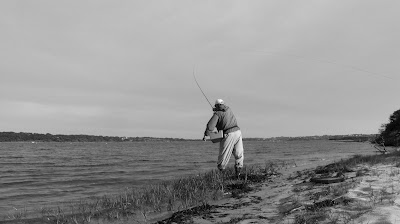 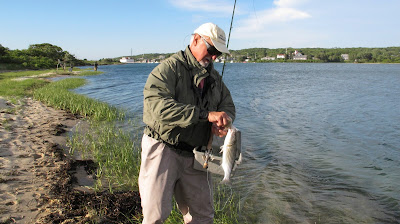 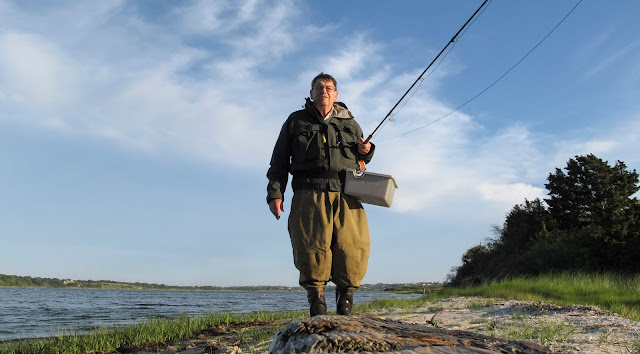 getting and I fished a small Semper Fleye that got me five little guys. It started to pop as I got the call from Dick that the shuttle would be at the rendezvous point in 15 minutes. Joe topped off a great all around day with a nice late dinner.
Tomorrow is my day to get it done if I want to catch a decent fish while sight casting. I have to say my heads not 100% since I have the black cloud of my truck drama hanging over me. 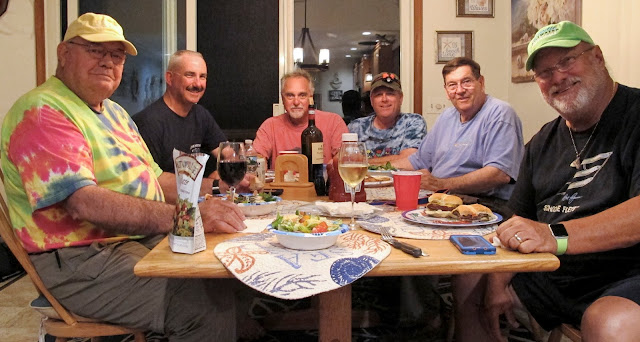 Posted by The Average Angler at 11:20 PM