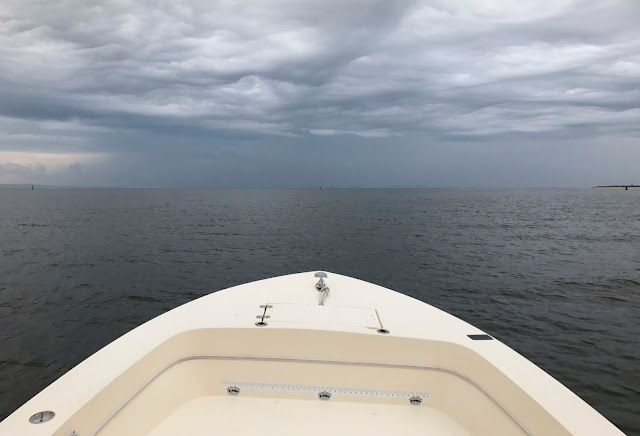 Today was a great day. Got that 5 am call from the charge nurse cancelling me 7a-7p due to a low census on the unit. That meant I could have coffee with the wife and get some things done before the trip......or.......go fishing.

Yesterday at work I got a call from my friend Gerry stating that his friend was catching some good fish. I was stuck at work and didn't think much of his call. I had my stuff already in the truck and was in the water by 830. I felt confident. I felt no stress. I tied on a big Andrew Warshawer Beast fly and was ready to go. Funny the difference between how they arrive, how they look undressed from the plastic and how they run in the water. 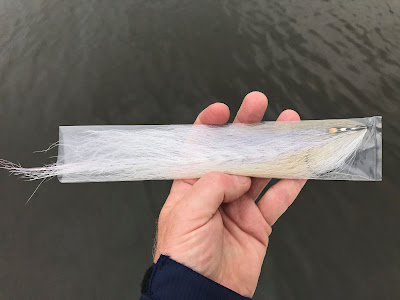 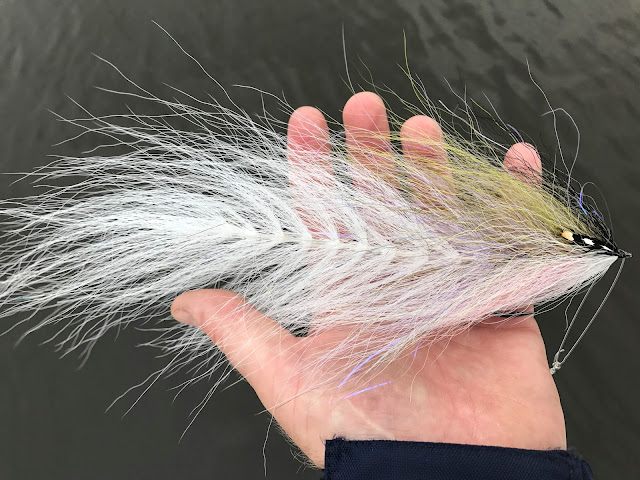 When I got out there I found nothing. I can spot burn because there's nothing to burn. I rounded the Hook and ran straight to the line. Went down to Sea Bright. Came tight back up and went to Breezy. Then poked at the Verrazano. Then hit the Statue of Liberty and Governor's Island. Then ran around the lighthouses and around the Hook. In desperation I ran back to the line and this time back to Long Branch. And then back along the beach and home. I was at the dock at 230. 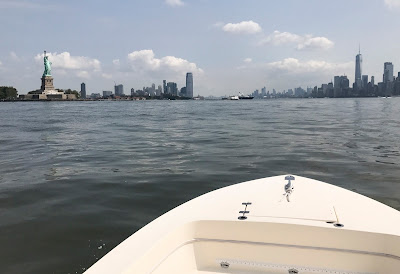 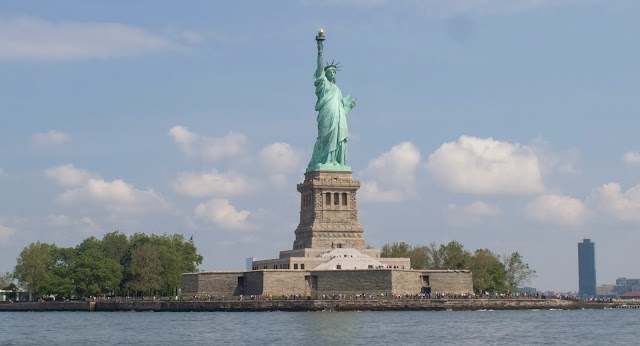 Saw about six bunker. No bass. A few boats. Nothing.

I hadn't been on Facebook since last night and about 4 hours into my trip I thought I'd give my buddy Capt Jason Dapra a text to see if he was out. He said he wasn't but it was good last night. Didn't ask where and didn't ask how good...... until I saw not only his Facebook posts but a bunch of other peoples as well. 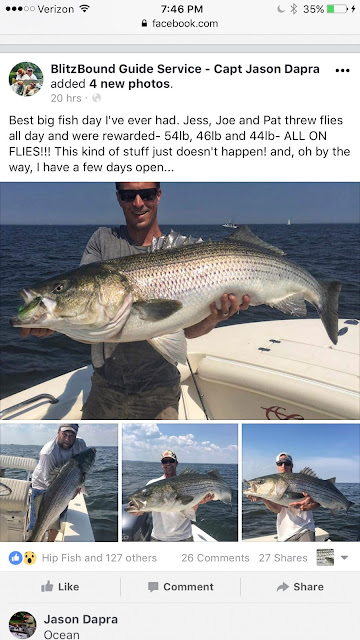 I have come to learn that June 13, 2017 will go down in history as one of the best big fish days that has ever happened. Geno got 20 fish over 40 pounds and Jason had a bunch of 40's and a 54 on the fly rod! Call it epic, call it what you want, its just a special kind of event that you never forget.

I am interested to see if it happened again this evening.
Posted by The Average Angler at 9:51 PM