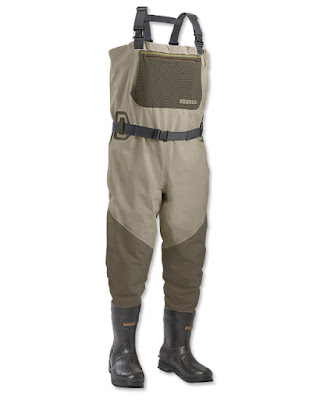 I'm an Orvis guy. Even though I was last an Orvis Endorsed Guide in 2015 I'm still just straight Orvis. I've flirted with the idea of mixing and matching gear, which works for others, but I'm sticking with Orvis. I love the one stop shopping and the fantastic customer service. I thought that my loyalty and love for the company would have served me better, but, I realized that in the end it doesn't matter.  Everyone gets treated the same, as in life, and everyone loves a winner, and goes with what's hot, then they move on. I always felt I represented the company well, and did it almost everyday on the water, on the blog, and in life. After a lot of thinking I am hoping to return to the Endorsed program for 2018.  I have been too busy these past two years to be able to represent and serve customers as well as I could.

That said. After much deliberation, I have decided to go with the Encounter boot foot felt sole wader as my choice this year. I haven't tried a pair on, but they are similar to the other boot foot waders that Orvis has made in the past. These even look a step up. I am planning on doing some preventive seam work before they get wet the first time. And of course I will be drilling in Posi-Grip screw in studs which are fantastic and I have used for years without incident. 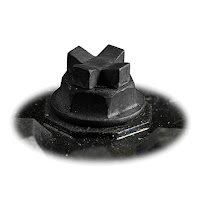 Today I sent back my River Guard Silver Label waders that didn't hold up as planned. I got them in 2013, took them out of the box in April 2016, and then had to practically dip them in Plasti-Dip in October. If I remember this model was short lived due to some flaws, which may have included leakage. I'm looking forward to the Encounters and will have more than one pair on hand just in case. 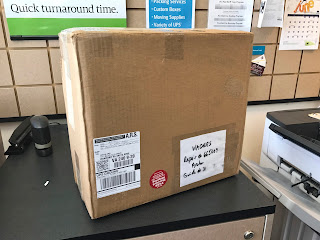 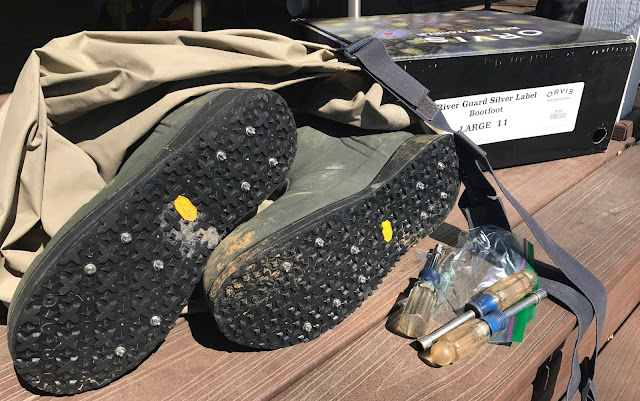 Posted by The Average Angler at 3:40 PM