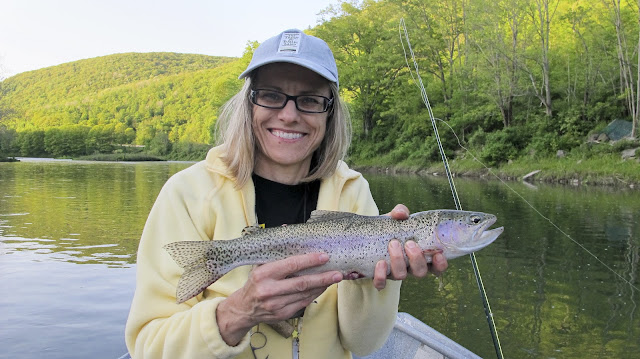 Had a great four days with two groups of clients and had the chance to float the East, West and Main stem and had good days on all three. When I mean good I mean we had targets to shoot for and bugs on the water and in the air and trout looking to eat. On Thursday it was a great father and son team from NYC who had a great day starting out throwing streamers and ended the night tossing flies amongst a potpourri of bugs that the trout were wreaking havoc on. We flossed a few, pricked a few, hooked a few and lost a few. The next day they went out with a different guide and I heard they caught some nice fish which I was glad to hear. 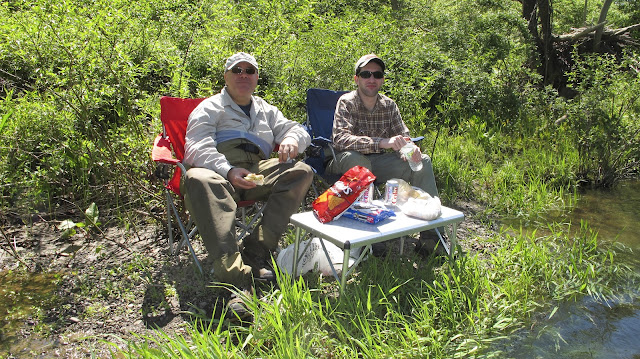 The next three days I had a lovely husband and wife team that hailed from Cananda. We started off on Friday with a bang getting into a great sulfur hatch within an hour of our launch and ended Sunday night with March Browns just before the takeout at dark. The best part was these two were sticks! Long accurate casts and "on the bank" to both of them was within three inches consistently from 40 feet! They were dry fly anglers and were looking to primarily fish to the banks. We caught some big fish which is always nice for the pics but better than that was hunting for, finding and then executing good casts to the fish that took the fly. I felt we worked well together and I lived each cast to a rising fish with them, and sometimes we celebrated a take and a hook up, and then awed when we missed a fish, it was a lot of fun. We had a day where the fishing was good start to finish and then two where it was spotty till the late evening and then popped off. It was bug soup during the four days- Isonychias, March Browns, Grey Foxes, Brown Drakes (no Greens for us), big Stones, Sulfurs in big and small, blue winged olives, and probably one or two more. Two of the coolest things I saw, well three, was big  Stoneflies coming out of the trees and then some getting blown into the water and getting picked off by cruising trout, seeing the silhouettes of the Iso's just as the sun set behind the trees, and then the thickest cloud of Sulfur spinners I ever saw flying overhead as we floated over an East Branch riffle.

What more could you ask for, some of my favorite bugs on my favorite river with clients that were a joy to fish with....who's doing better than me? 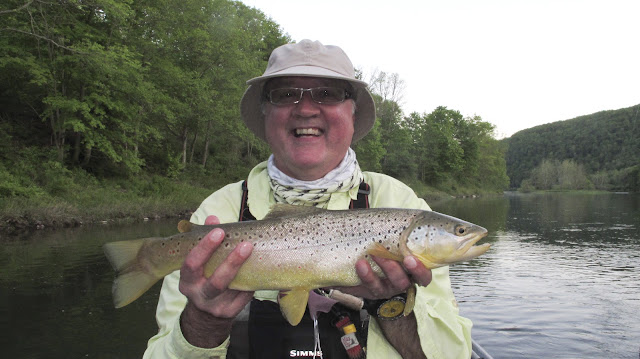 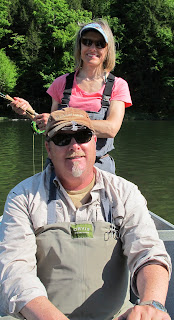 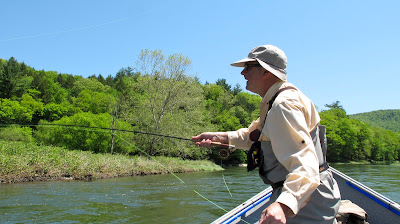 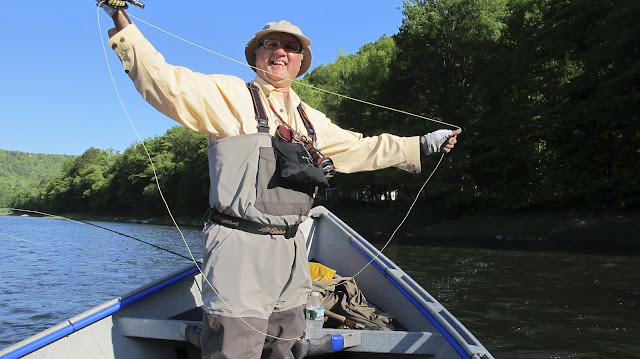 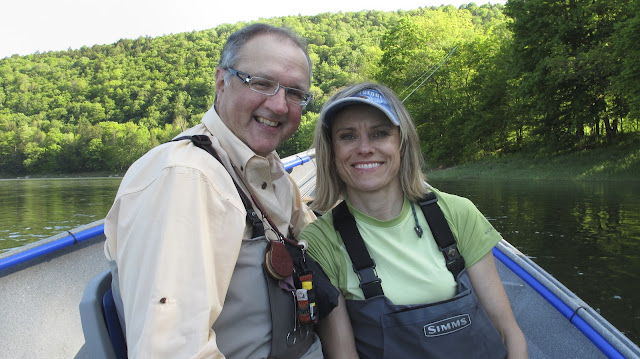 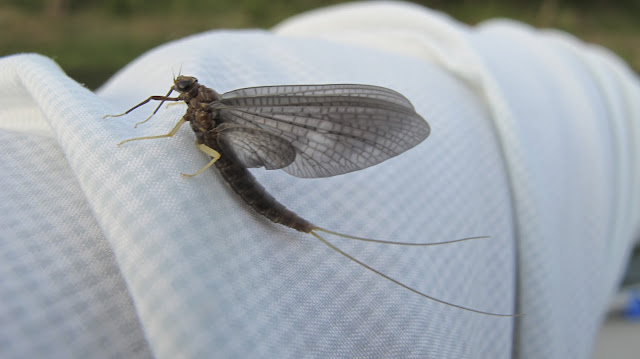 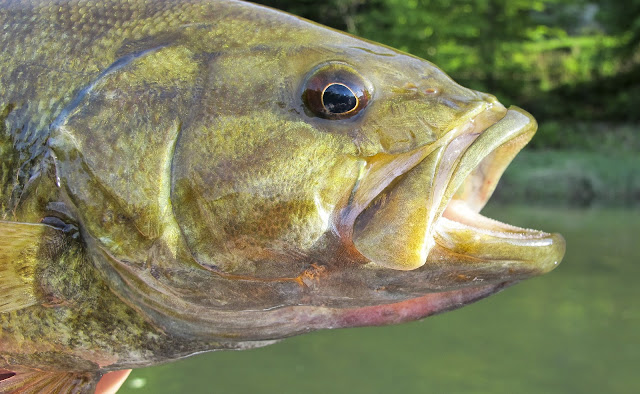 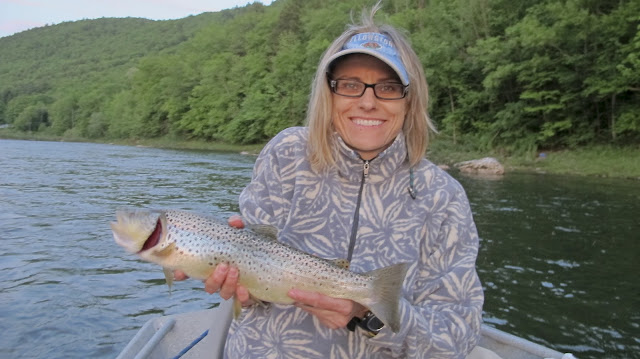 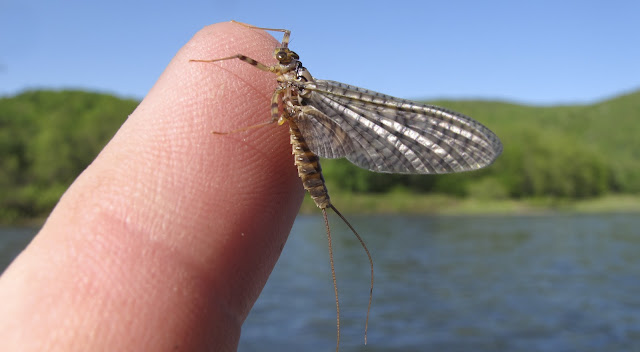 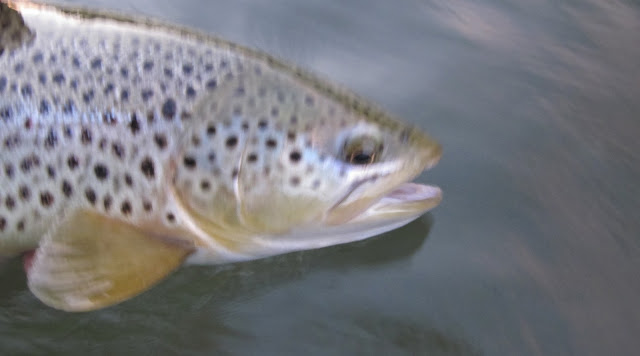 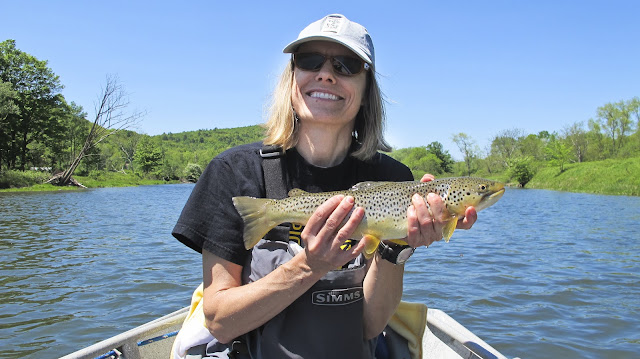 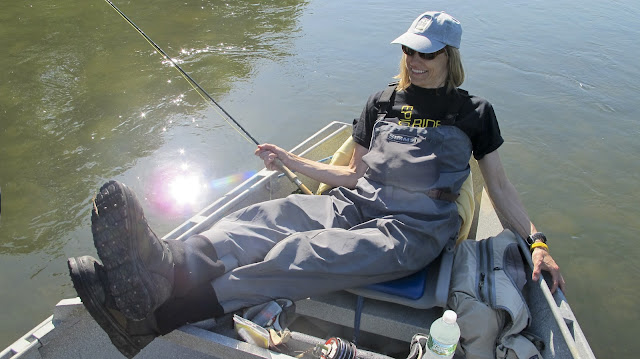 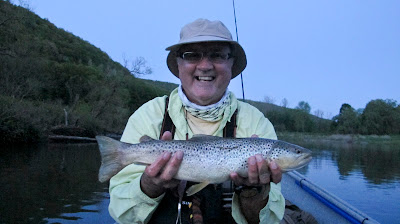 Posted by The Average Angler at 4:42 PM