Great four days. Got lucky with the weather big time. On Thursday I had Tom in the boat for an upper Main Stem float and as soon as we put in we joined a flotilla of all kinds of vessels playing hop skip down the river. We had a slower day as far as bugs were go but we managed some early and few more near the takeout as the evening came and weather started to roll in. That night we were hammered with rain, thunder and lightning that lit up the sky and the cabin at the West Branch Angler's Resort.
Got up early to scout out post rain and found the West Branch looking like Yahoo so we floated the East Branch. We had a slow day but he worked hard and got two nice browns, two "normal" smallmouths, and a slammer smallmouth. We took out early and jumped to the Bard Parker and had fish taking junk up until the perigee moon lit up the area.
On Saturday I joined fellow guides Joe D, John Endreson, and Ray Outllich and Tim Olyphant and we took out the Orvis NYC crew. 10 anglers including store manager and friend Rob Ceccarini were assigned a guide and we all split up. I had a blast with Sean and his future bro-in-law Alex. The boys hadn't fished the Main Stem and they did great on a day that was relatively slow. They worked streamers in the beginning and just about right out of the gate Alex had on a nice brown against the bank. Lot's of floating and laughs, and the Viking-like-savage lunch I provided them, half a chicken with Doritos and Oreos, without plates, forks, or napkins had us in stitches. The great riffs almost gave up a rainbow to Sean but way down we set up camp for a fun two hours. Lot's of targets, a few almost to the net, a few pricks, and a few tips your hats to them. Fished way into dark with the guys casting to slurps and splashes. About 200 feet from the take out in the dark I sat the driftboat almost perfectly on top of an exposed boulder. Again, more laughs. I topped off that day with some great company, drinks, and a cookout with some old and new friends.

On Sunday we scouted some water and left for Dodge. 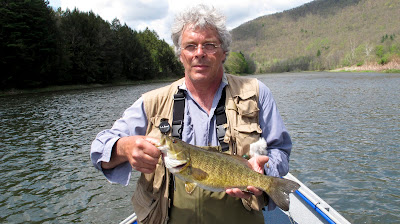 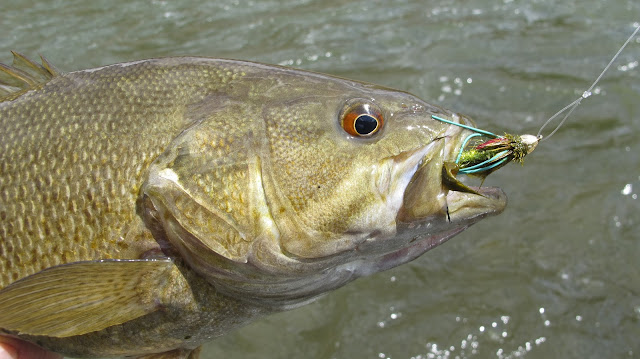 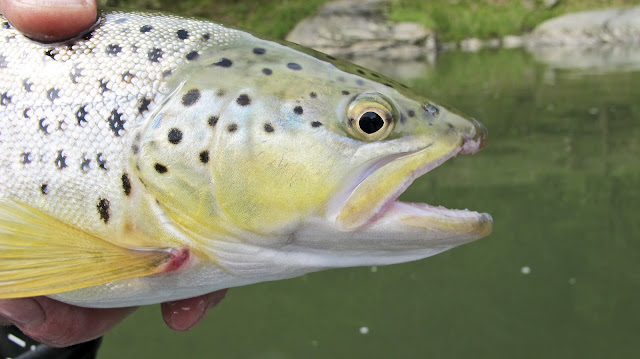 And lastly, when I got home I took a ride to the beach....and found a ton of boats way out...obviously on the bass and blues.

Posted by The Average Angler at 8:20 PM