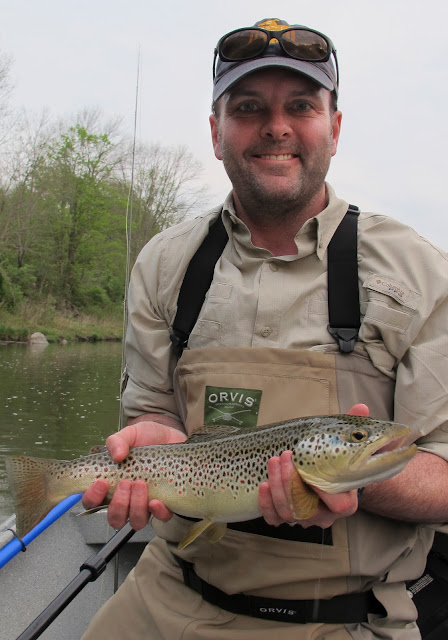 I had Greg in the boat for a solo float on the West Branch Wednesday. It was Greg's first time on the Upper Delaware and he is relatively new to fly fishing. Well, did he have a banner day. We started out with some casting basics and then we hit the water leading off with a streamer, but soon we had targets to shoot for. On our first stop we worked some fish for about an hour and a half and Greg landed a 22 inch brown! We had targets almost all the way down the river and he picked up fish 12-16 inches and topped the night off with a 20 inch brown on the way out. 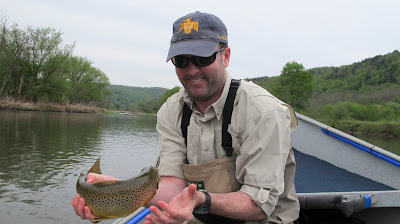 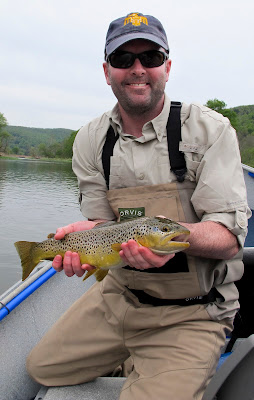 This morning a cold front moved in with some gusty winds and low temps. I met my clients at the fly shop and they cancelled at the handshake. They are dry fly guys and today wasn't looking all that good. I hope to maybe to fish with them in the future. So it was "Guides Day Off". I first pimped myself out to the other shops in the area but there were no takers. I decided to fish Bard Parker by myself and after almost getting washed down the river left side channel I threw a streamer down the Second Heaven Riffle, which wasn't very riffly today. After a bit and only seeing one boat go by I made my way back across and went and cleaned the boat so it's ready for next weeks trips. 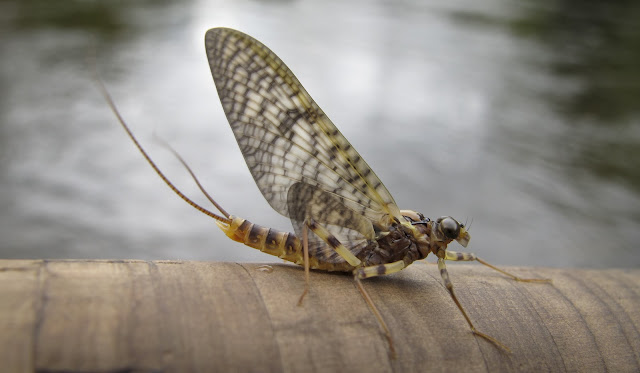 I dropped the boat in Roscoe and headed home. I stopped and took a quick peek at the Willowemoc Creek and it looked fishy and the winds and temps weren't bad down in the cover of the trees. There were swallows over the riffs and soon March Browns were floating on the surface. I picked up one and took a lot of pictures of it before it flew off. I managed a nice brown trout that slipped away before I could get a shot off. 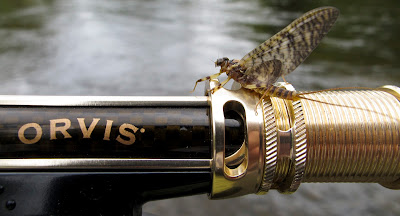 It was a good two days and I'm looking forward to a salt trip on Saturday and then back up to the Upper Delaware next Thursday.
Posted by The Average Angler at 10:52 PM