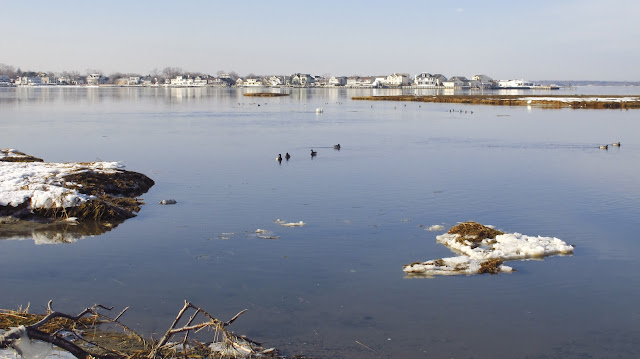 It's a beautiful day here down the shore so I figured I would grab a coffee and take a quick trip down to the water. For the baseball fan, spring is soon arriving as pitchers and catchers arrive for spring training in a week. For the bass fisherman, the season opens March 1st, but the real season will begin when the water temps creep up near 50 and the herring and mackeral and then the bunker start heading into our backwaters. Yesterday I had a shoot down ip South Jersey photographing a harbor seal release with the Marine Mammal Stranding Center. I didn't know that harbor seals winter over in the Great Bay just south of Long Beach Island. Estimates have nearly 150 seals there, their southern most wintering location. By the second week in April they start to head and north chasing bait and moving to cooler temperatures.
I traveled up to Monmouth Beach and parked at a dead end to shoot the above picture of the Shrewsbury River. Soon I will soon start scouting the shallows of the Navesink and Shrewsbury Rivers and the Raritan Bay from Leonardo up to Laurence Harbor. I then dropped down to Deal and hung out on the pier for a while reading the beach. 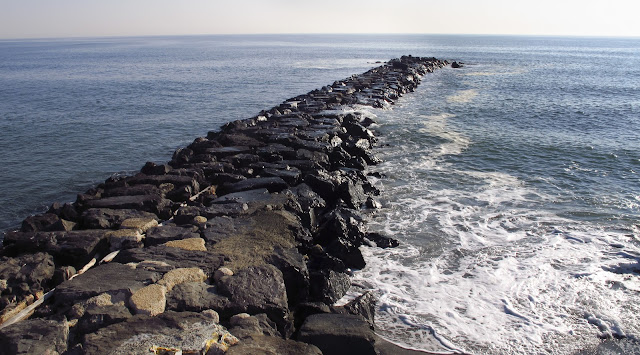 I again looked at the Rutgers sea surface charts and researched last March's graphs. I found the one below for March 17, 2010. If I look at it correctly it shows the highest water temps in the Delaware River, the Bays along the coast and Raritan Bay. I would bet that plenty of bait was around and the fish were starting to come in at that time. 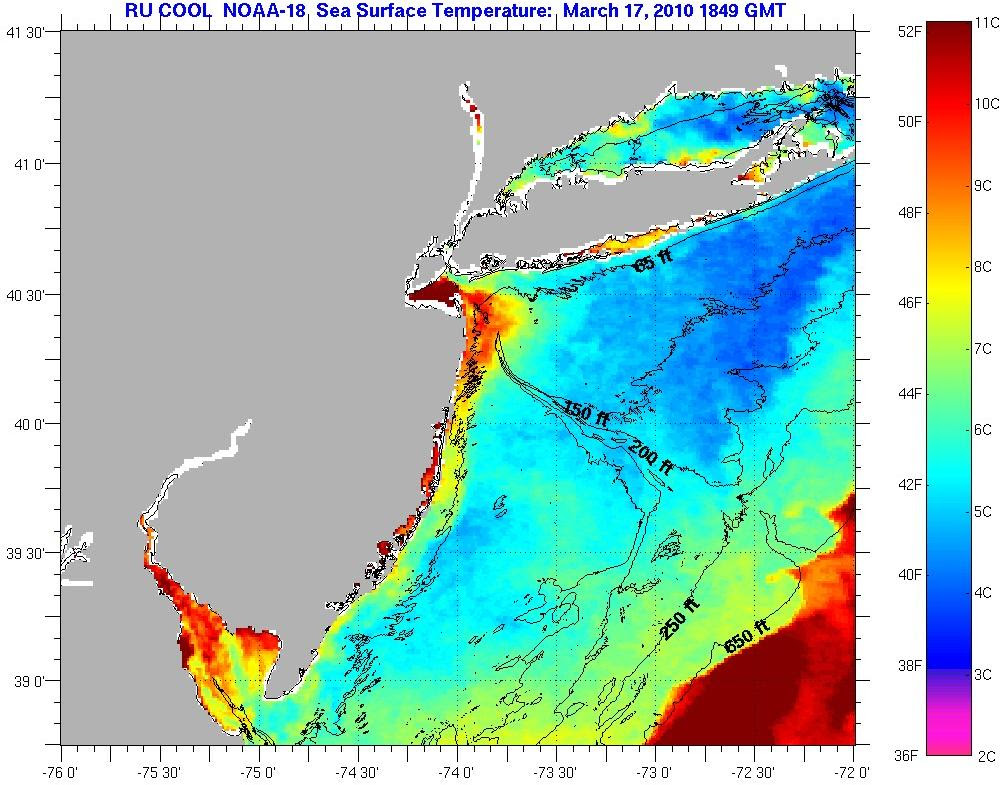 Posted by The Average Angler at 2:45 PM